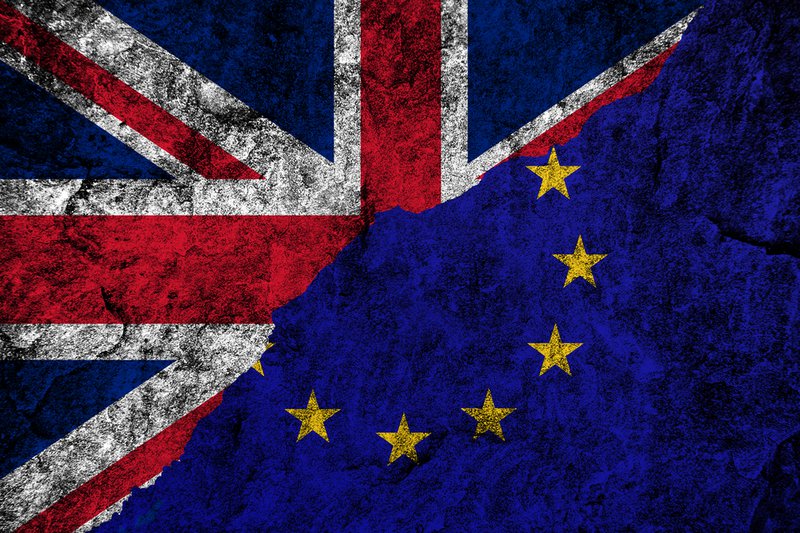 The British people will decide whether they wish to be part of the European Union on June 23rd by voting in the EU Referendum. Voters, including myself (a naturalized Briton), will be able to respond to the question with only a “Yes” or a “No.” But while the vote comes with suspense and worry, the fact that the voting is happening at all should be enough to spur change in how Europe sees and structures itself.

A Brexit referendum could only take place in the UK. Out of all Northern European Countries, the UK is the only with enough bargaining power to question the current EU integration strategy. For some British people, the less than ideal EU management of the economic downturn and the recent migration crises exemplifies the deficiencies of European-wide governance.

This is not to say that the UK would be right to leave the EU. On the contrary: although the UK, a relatively wealthy state, is a net contributor to the European budget (even though British representatives have managed to reduce its contribution over time, mainly by benefiting from the so-called UK rebate), the EU is the UK’s main customer and UK trade deals with the world are not going to hold if the UK is outside Europe.

British economic dynamism attracts a more than its proportional intake of EU migrants, but such migrants contribute more to the welfare state than what they take out on benefits (hence help its funding). Part of the highly skilled migrants Britain receives from EU countries result from the UK’s record as being the main exporter of education services in Europe, and a hub for research and innovation that would not be sustainable without free movement of people. Besides, some would argue that the UK has little to complain about EU migration given the size of the British community of expats in other European countries (in Spain alone more than 300,000 UK expats enjoy the social rights to health and social care).

That said, the referendum call will have succeeded in one of its main objectives: to signal that the current strategy of European integration is not without its discontents, and that the model of federalism that has worked in Germany might not be applicable to Europe as a whole. If the European Union aspires to be the first polity truly created out of a “democratic process,” then it will have to redefine its governance process.

The “European core,” comprised of the founding countries (perhaps including Spain and Portugal and a few others), should be allowed to proceed with further integration without waiting for the rest. This implicitly means accepting that the EU club will have to be more functionally asymmetrical as some suggest—some gold member states are likely to agree to integrate most typically “federal” governance functions, whilst others will choose a modest ‘standard membership’ (without an automatic guarantee of future acceptance as gold members). European detractors in that case, will not be able to appeal to Europe’s “democratic deficit,” as it is a public choice to be in the “club.” The EU core in turn, will be able to learn from the experience of those who opt-out.

What would a “Brexit” entail?

The referendum will not focus on how to more effectively exist within Europe. Instead, it will decide on whether the UK should leave the EU—whether the people want a “Brexit.” Yet serious analysts would agree that the exact meaning of “Brexit’” is still up in the proverbial air. Loosely speaking, it means that the UK would come to opt out of some, but probably not all, of EU legislation. Not least because, if it wishes to have favorable trade deals with the EU it will have to keep most legislation anyway, but as Gordon Brown recently reminded us: the EU is rooted on the same principles as the core values of British society.

This isn’t to say that the decision won’t have ramifications. If the UK does indeed decide to leave the EU, nothing, not even free trade with the EU, is guaranteed to continue. Similarly, the substitution of EU legislation for an alternative national one could take a number of years to materialize. During that time, UK bureaucracy would have to inefficiently expand the provision of public goods that today are more efficiently allocated at the EU level (such as the European Environmental Agency). Not being part of the EU, would mean having to negotiate (and renegotiate) every single bilateral agreement now signed by the EU on behalf of 28 countries. Further, some argue that Brexit would be followed by Scottish independence, meaning that a post-Brexit UK would be an altogether ‘different animal’.

Certainly, the UK is not the only party that faces uncertainty. The Brexit would weaken, at least for some time, the credibility of the process of European Integration as defined today. It would also produce a political crisis and possibly, an economic downturn in the whole EU, from which two extreme scenarios could follow:

One is an EU meltdown. Up until now, joining in the EU meant remaining in the EU forever, but a Brexit opens up an exit legislation that today does not exist. One can see how this might question the credibility of the process, and bring about a collapse of the European project as we know it, the rise of nationalism and conflict in the area.

Alternatively, it might accelerate ‘an ever closer union’ as its main contender would be out of the way. Many argue that precisely what Europe needs is a crisis of this magnitude to press the speed button towards ‘more integration’. In the latter case, the UK would be marginalized and would become more peripheral to Europe than ever. This would signal to more euro-sceptic Northern European countries the consequences of any exit.

Which scenario prevails will depend on the leadership of the countries that today make Europe’s core.

What is really under discussion?

It should not come as a surprise that many in Britain advocate against an ever closer Europe. In their minds, a European parliament, or a European-wide government, is not perceived as legitimate as national parliaments. Hence, following that logic, staying out of the EU club is to defend ‘“democracy” (in a twist, the argument is essentially the British version of “no taxation without representation”). Implicit in the point is the assumption that there can’t be any democracy outside the contours of the "old nation-state."

Brexit supporters appeal to the fact that European authorities are unaccountable, and hence democratically deficient. Paradoxically, very few of those question that England (not the UK as a whole), is one of the most centralized countries in Europe, or that the electoral system (‘first past the post’) poorly represents its people and, that its members of its second legislative chamber, the House of Lords, are still unelected.

But the finger points both ways. The root of the Brexit supporters' concerns lies in the glitches of EU governance design. Unlike in established federal states, EU decision making faces a “hampered demos”—Europeans don’t see themselves as European citizens yet, and indeed it is fair to say that there is no comparable EU political cycle. The European public often ignores what the EU does for them, and certainly it’s hard to imagine, tangibly, what life would look like without belonging to the EU club. European elections are still “third order elections” in almost any country, and UK turnout in such elections has always been well under 40 percent despite a favorable electoral system (proportional representation) that makes every vote count (hence, there is, of course, an argument to be made that Britons would be more represented in the EU if they actually went to vote in EU elections, but that is another article entirely).

Certainly, progress has been made to increase the weight of the European Parliament and today a majority of EU legislation is made by co-decision procedures. But still, such legislation is inevitably implemented by national governments as the EU has a minimal government size (two percent of GDP compared to 20 percent of US federal government) and no tax to be transparently accountable for. This means that national governments (guided by electoral rewards) tend to take the credit if the outcome of EU policy is favorable but blame the EU if it not.

In other words, this EU referendum is not just the result of British Euroscepticism. It is also, at least in part, the natural consequence of the imposition of a restrictive model of EU governance on too heterogeneous communities.

How are British people expected to vote?

Most electoral polls reveal that as many as one third of voters are still undecided and will make up their minds only in the last few days before the vote. Those who believe the UK should remain in the EU are betting on individual’s loss aversion, and have spent most of their time reminding us of the costs of leaving the EU rather than the benefits of staying in it. Conversely, those who believe the UK should leave the Union have done just the opposite, appealing to emotions and exaggerating the facts and figures behind.

As mentioned before, whatever outcome of the vote, it is unlikely to settle the matter. Many in the remain camp argue that the leave campaign has been spreading falsehoods (e.g., wrong figures on the UK contribution to the EU) and relying too much on emotions and little on the practical inconvenience that a life outside the EU would entail. Similarly, the leave campaign will always be able to accuse the ‘remain side’ of fear mongering, and if participation is below that of national elections, or very close, both sides are likely to even question the results’ legitimacy.

So what could the EU do?

The mere fact that one EU member state is putting its membership into question is a clear signal that the institutional structure of the EU has growing detractors, both in and out of the Brexit camp. Europe faces a unique challenge, for which we have no experience in confronting: deciding on a model of federalism that solves the problems of the present, and not one that solved that of the past.

Regardless of the outcome, perhaps it’s time for the EU to reconsider its strategy of integration. The decision to start the new chapter of a European federation should not be perceived as an imposition (of being “in” or ‘out), but a choice between being a gold, or a standard member of the club.