Ava DuVernay’s '13th' and Its Lessons for the Resistance 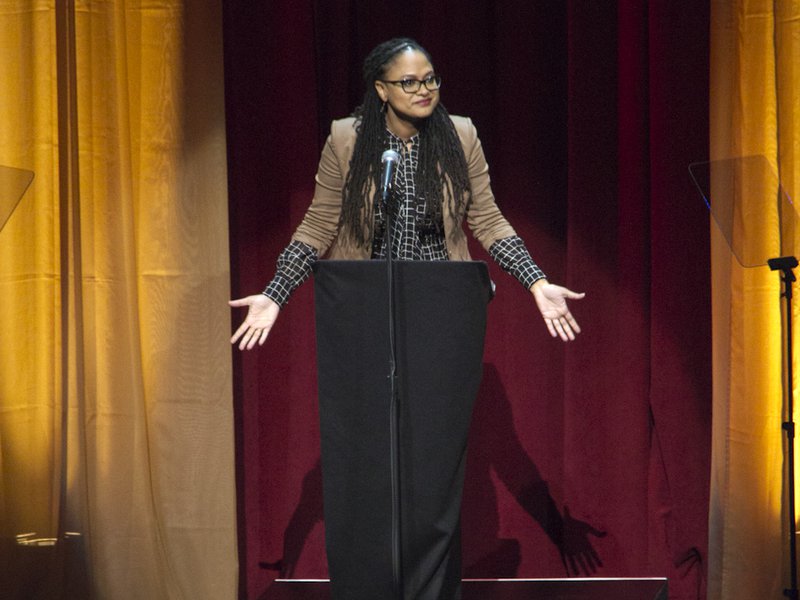 What would you do, faced with a system of oppression that pervades your everyday life?

That’s the question Ava DuVernay leaves us with at the end of her powerful documentary 13th, which is hotly tipped to win an Oscar at the 89th Academy Awards on Sunday. The movie traces the history of mass incarceration—and its lingering effects today—back to the 13th Amendment. The final words of the film, spoken by Equal Justice Initiative Founder and Executive Director Bryan Stephenson, remind us of the following:

People say all the time, “I don’t understand how people could have tolerated slavery, how could they have made peace with that? How could people have gone to a lynching and participated in that? How did people make sense of this segregation, this 'white' and 'colored only' drinking—that’s so crazy—I just—if I was living at that time, I would have never tolerated anything like that!”

But here’s the thing, Stephenson says: We are tolerating it.

His remarks highlight DuVernay’s remarkable illumination of the systems at work that drove the prison population through the roof and that devastated black communities: cultural systems of fear, dehumanization, and criminalization of black people following the end of slavery; economic systems that allow states and corporations to profit from incarceration; political systems that double down on the incentives to keep (predominantly black) people incarcerated; and even the media and technology systems that allow some recourse to fight injustice in the public sphere. These systems are still relevant today—all we have to do is look at how many of these same systems have been turned against immigrant and LatinX communities under Donald Trump.

One of the most powerful—and now in retrospect, most prescient—moments in the movie is DuVernay’s treatment of Trump’s presidential run. She uses a searing montage of footage overlaid with audio from Trump’s campaign rallies to draw pointed parallels between his rhetoric and the racial hatred that animated the Jim Crow era. In one instance, with surgical precision, she cuts back and forth between footage of a large, angry group of white men violently shoving a black man off the sidewalk in the Jim Crow-era, and footage of a large, angry group of white (mostly) men violently shoving a black woman out of a Trump campaign rally. Over these parallel scenes, we hear audio and see footage from various rallies where Trump supporters are screaming at black protesters, interspersed with audio of Trump telling his audience, “I love the good old days—you know what they used to do to guys like that when they were in a place like this? They’d be carried out on a stretcher, folks.”

It’s a chilling reminder that while wishing for a bygone era, we also wish for a time when people of color were legally denied equal rights, and a time when that denial was enforced by violence. It’s a call for both skepticism and caution against anyone hoping to bring those days back.

Trump’s rhetoric about LatinXs and immigrants harkens back to the language used immediately following the end of slavery. The 13th Amendment abolished “slavery [and] involuntary servitude, except as a punishment for crime whereof the party shall have been duly convicted.” Blacks were therefore systematically dehumanized in order to justify the use of state force against them; DuVernay shows a fear of criminal black elements coming into prominence following the end of slavery, with films like D.W. Griffith’s Birth of a Nation portraying blacks as predators, particularly of white women, but also as a threat to the general public. If blacks were purely violent criminals, they could more easily be locked up and used for labor in many of the same ways they had been under the slave system.

Similarly, when announcing his candidacy, Trump said “when Mexico sends its people … They’re sending people that have lots of problems, and they’re bringing those problems with us. They’re bringing drugs. They’re bringing crime. They’re rapists.” This toxic language dehumanizes immigrant populations in many of the same ways that the post-slavery South dehumanized black people.

And these words matter. They mean things, both implicit and explicit.

In 1981, then-President Ronald Reagan’s strategist Lee Atwater was caught on tape explaining how abstract language could be used to target specific populations: “You start out in 1954 saying ‘nigger, nigger, nigger.’ By 1968, you can’t say ‘nigger,’ that hurts you. It backfires,” he explained. “So you say stuff like ‘forced busing,’ ‘states’ rights,’ and all that stuff. And you’re getting so abstract now. You’re talking about cutting taxes, and all of these things you’re talking about are totally economic things, and the by-product of them is blacks get hurt worse than whites.”

Does that sound familiar? Today, we hear politicians using similarly “abstract” language to target LatinXs and other immigrants, focusing on “improving national security” and “redressing unfair trade deals.” While these may seem like abstract concepts, they have an outsized, almost wholly negative impact on non-white immigrants.

In addition to stirring up fear and public mistrust of non-white communities, the same economic incentives that so brutally weaponized the system of mass incarceration against black communities are also being brought to bear on immigrant communities. President Bill Clinton’s 1994 Crime Bill, which provided funds to build prisons, also provided funds to police forces to increase in size and upgrade their weapons and technology. This incentivized building up a militarized police force. And under Trump, we see a shift in federal policy that augurs large increases in funding for immigration enforcement and border control that almost certainly take particular aim at LatinX and Muslim communities.

One silver lining that DuVernay highlights, however, is the use of new communications technologies to defeat racist and violent uses of state force against black communities. From slaves writing their own histories, to the use of photography to shock a reaction, to the use of television in the fight for civil rights, to today’s ability to post videos to the internet and live-stream violence perpetrated by the state—persecuted communities have always tried to tell their stories and generate outrage against the institutions built against them. We see similar uses of technology, especially social media, where LatinX and immigrant communities are spreading information about hate incidents they experience, their rights when confronted by police and immigration enforcement, and advocacy opportunities.

Here, there are blueprints for how all communities under threat of state violence can carve out their own cultural narratives—and fight back. With Trump, a man hell-bent on criminalizing immigrants, in the pinnacle position of American politics, we need to do the one thing with history we never seem to do: Learn from it. We can’t afford not to.