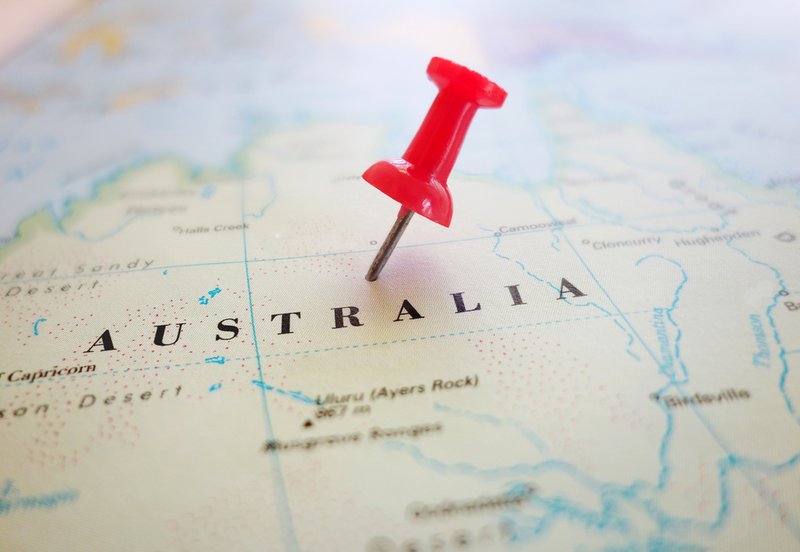 On the other side of the world, there is a remote and mysterious land where countries and companies alike go to perform dangerous underground experiments. Between 1952 and 1958, the U.K. conducted multiple nuclear weapons trials there, using highly radioactive materials, the locals kept mostly unaware of the risks. China allegedly uses the place to test its influence campaigns, including “strategies for breaking up the global reach of the United States.” It has a relatively small, uninfluential economy, making it a great place to play around with money: Private equity firms have used it to test “so-called unitranche loans,” popular in the U.S. and Europe but untested in the region, while it’s also been called the “ideal testing ground for blockchain-based trading” due to the lack of fragmentation in its markets. Domino’s, meanwhile, tested pizza-delivering robots there.

The most far-reaching experiments, however, are conducted from afar. Managed from across the Pacific, in Silicon Valley, they take place on the inhabitants’ smartphones. Facebook, Spotify, Tinder—all have used the society as a test dummy for new features.

That land is Australia, and it is social media’s favorite guinea pig—or guinea pygmy possum, if you will. Australia has become a favored testing ground for new features, a popular place to give them a crack. As Fortune asked in 2015, “if a product flops in the outback and no one hears about it, did it really happen?”

Remember Facebook Messenger’s “Rooms”? No? Messenger tested the “bulletin board-style” messaging feature on Australians in 2016, allowing them to chat with strangers about specific topics, not unlike in a public Facebook group. (The trial appears to have failed, never making it out of Australia and Canada, and was discontinued in 2017.) How ’bout Messenger Day? In October 2016, Facebook tested its Stories precursor on us, a feature that allowed users to share sticker-filled content on Messenger that would expire after 24 hours (Australia was the first English-speaking nation to trial it). The feature was soon rolled out globally, although Day was later killed off in favor of Stories.

This year, Facebook—which still treats me as an Australian, even though I now live in the U.S.—let me test its comment upvote and downvote feature. That trial appears to have ended, but it’s now being tested on limited accounts in the U.S. The wording of the instructions has since been tweaked, from “Press the down arrow if a comment has bad intentions or is disrespectful” to “Support comments that are thoughtful, and demote ones that are uncivil or irrelevant.”

Similarly, Spotify has called Australia its “testing ground.” The streaming service used the land down under to pilot Discover Weekly in 2015 and is back at it again, currently Aus-testing a feature called “Active Media,” allowing users to skip ads at any time. Tinder has been known to trial its products there too, including Places (helping you meet people who frequent the places you do), Tinder Social (allowing users to set up group dates), “Tinder blend” (ordering potential matches based on different criteria), Matchmaker (allowing you to force your friends to match), and the much-maligned Super Like.

On Sunday I was added to the test group for Facebook’s Tinder-esque meetup feature, which asked me to swipe right (or click yes) on the Facebook friends I wanted to hang out with so it could hook us up. Motherboard first reported the trial in September 2017, when the feature was being tested on control groups in Toronto and New Zealand. (Facebook’s real Tinder, on the other hand, is being tested on Colombians, with the company announcing the trial rollout of Facebook Dating there on Thursday.) Clearly, Australians are not alone—Kiwis, Canadians, and Colombians are Facebook test dummies, too. Or perhaps that should be crash test dummies, since so many of its ideas don’t work out.

Why us? Of course, it makes sense to test products in a limited market, especially given the way social media users freak out about the smallest change to their social (media) lives. The number of failed Facebook products is extensive, and there’s no need to put everyone through it. But why must some of us be forced to put up with constantly changing apps?

Facebook didn’t get back to me about why Australia. A spokesperson would only say that the company tests features on small groups of people, sometimes a whole country, to make sure they’re moving in the right direction. But there are a few obvious reasons. Australia has a small, relatively contained, English-speaking user base and a culture not that dissimilar from America’s, making it a perfect product petri dish—a “good proxy for white, Christian America,” according to business consultant Michael Silverstein. As TechCrunch points out, “at a population of 24 million and with a predominantly Western culture, it’s a large enough test bed and small enough market.” We have a reasonably high Facebook penetration rate, but with our small population, we don’t even crack the top 10 countries with the most Facebook users.

We’re fairly remote, though maybe not as remote as Tinder co-founder Sean Rad thinks. AtAdvertising Week Europe in 2016, Rad said Australia is a good place to trial features because we’re “far away from everywhere” and we don’t “cross-pollinate” with the rest of the world. (“If you are going to leave Australia it’s a big deal,” he added condescendingly.) And hey, we’re basically financially worthless, so if things go wrong it hardly matters! As TechCrunch noted about Spotify’s latest trial, “Australia’s smaller market means any lost revenue will be relatively small.”

It’s a reminder that we’re not the primary market—not the real audience (as if we’re not reminded of our global irrelevance regularly enough). We’re just a faraway population to test things on. And when things go wrong, it’s Australians who suffer the consequences—such as when Tinder tested Tinder Social on Aussies, inadvertently exposing users’ Facebook friends who also use the app. Those privacy kinks were ironed out by the time the feature was rolled out, with the update launching as an opt-in feature (Tinder Social was discontinued in August 2017, according to Tinder). Rad told Mashable, “Once we felt that it was clear that solved some of the concerns we were getting around privacy and what not, then we rolled it out.” Never mind those Aussies whose Tinder profiles had already been exposed to their laughing mates.

Tech companies are working desperately to meet the demands of its users, but obviously, some users matter more than others.