The Approaching Reality of Equal Pay? 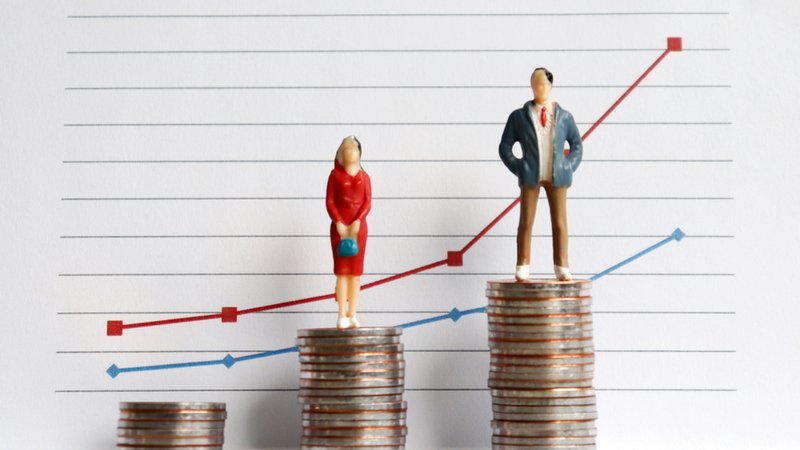 In 2012, Aileen Rizo learned that a male colleague had been hired to work for the Fresno County Office of Education—but at a much higher pay than what she was receiving. This, despite the fact that she had more experience and seniority. When Rizo addressed the issue with her employer, she learned that new employees’ salaries were based on their salary history. So, because she had been paid less earlier in her career, Rizo was essentially doomed to be paid less at the education office.

Now, fast-forward to this month. On April 9—the eve of Equal Pay Day—Rizo won her case against the Fresno County Office of Education, a precedent-setting victory that may help women in the United States earn equal pay for the same work as their male peers. The U.S. Court of Appeals for the Ninth Circuit decided in Rizo v. Fresno County Office of Education that using prior salary to calculate current wages goes against the Equal Pay Act of 1963. In other words, the court found that because gender is so deeply linked to salary history, it’s largely a way to discriminate on the basis of gender.

Rizo’s story, in many ways, isn’t that unique. Across the country, women are routinely paid less than their male counterparts, in no small part because it’s always been that way. (The problem is even worse for minority women—while white women earn 81 cents to the white male dollar, black women earn only 68 cents and Hispanic women 62 cents for the same work.) However, the court’s ruling arguably serves as a barometer of where society is and where it’s heading. As a result, it’s worth revisiting America’s long-entrenched wage gap—and investigating why this ruling is so meaningful.

To understand the stakes of gender-based wage inequality, let’s take a look at another recent example. American women in the international development profession raised the issue earlier this year. In an effort to be transparent and fair about wages, the U.S. Agency for International Development collects salary history for its contract workers. For each new job a worker begins, she or he must complete a “biodata” form, which includes past salary history. Common practice is to offer a 5- to 10-percent raise based on the highest salary the worker earned in the previous three years. Any raise over that amount, even in an effort to align a woman’s salary with her experience, could raise flags with the U.S. government and, in turn, jeopardize the contract.

However, wealth begets wealth. These issues therefore have drastic implications for women’s financial lives. Experiencing early wage discrimination can set women back again and again, as small-percentage raises prevent them from ever truly breaking the cycle. With less available capital, women typically can’t invest their money at the same rate as men and, in consequence, retire with only two thirds of the funds. Moreover, women carry more debt than men. Women account for nearly 65 percent of U.S. student loan debt. Because women often need an additional degree to earn the same salary as men, they begin with more student loan debt, and it only compounds itself over time. Earning less usually means that women make smaller payments on their loans, and with high interest rates, their debt only accumulates over time.

On top of that, it’s not a stretch to see how the wage gap—especially its attendant financial burden—influences women’s willingness to take career risks that can help them advance. In Lean In: Women, Work, and the Will to Lead, Sheryl Sandberg’s seminal 2013 book on women in the workplace, the author advocates for women to think of their careers as jungle gyms rather than as ladders. She argues that women may ultimately advance or find more satisfaction in their careers by making lateral moves that may mean stasis or a reduction in pay. While sound advice for many reasons, following it could lead women to earn less over their lifetimes, due significantly to wage discrimination based on salary history. (And this is to say nothing of how America’s approach to salary potentially makes everyone worse off—for instance, by unintentionally punishing both men and women who spend part of their careers in public service fields, which often pay less than the private sector.)

In this light, what, more broadly, does the decision of the Ninth Circuit Court of Appeals reveal about gender equality in present-day America?

For one, it’s part of a reinvigorated focus across the country on the less subtle, though no less corrosive, ways in which women face discrimination in the workplace. More specifically, the court’s decision follows similar legislation recently passed in Massachusetts, California, Delaware, Oregon, and Puerto Rico that bars employers from asking for employees’ salary histories. While this decision only applies to the Ninth Circuit (which includes Alaska, Arizona, California, Hawaii, Idaho, Montana, Nevada, Oregon, and parts of Washington) and to those states that have passed their own legislation, it sets a powerful precedent for the rest of the country. Crucially, the ruling has implications for Silicon Valley, an area with a notoriously bad reputation when it comes to its treatment of women.

This isn’t to suggest, of course, that this one court decision will eradicate gender inequality as we know it. Other states have previously tried and failed to implement parallel legislation. Michigan, Illinois, and Wisconsin have all proposed similar measures that were subsequently prohibited or vetoed. It’s also important to note that while the decision of the Ninth Circuit—which is regularly regarded as one the most liberal circuits—may influence other federal courts of appeal, its decision isn’t binding. So, if another court of appeal rules differently on a similar case, the U.S. Supreme Court will decide on the final matter, and its ruling would take national precedence.

Still, despite the technical hurdles yet to be surmounted, this recent decision brings women hope for a more equitable future. While issues such as the unequal burden of child and elder care and a lack of access to affordable child care may continue to make it difficult for women to achieve wage parity, ending discrimination based on salary history is an important step in the right direction. Indeed, as U.S. Circuit Judge Stephen Reinhardt argued in the court’s majority opinion for Rizo’s case, “To hold otherwise—to allow employers to capitalize on the persistence of the wage gap and perpetuate that gap ad infinitum—would be contrary to the text and history of the Equal Pay Act, and would vitiate the very purpose for which the Act stands.”

In addition to so much else, America’s apparent determination to close the gender wage gap is a promising sign that more rulings like it might follow—rulings that make clear that lower pay is all too often a proxy for being a woman, and that it’s high time we do something about it.