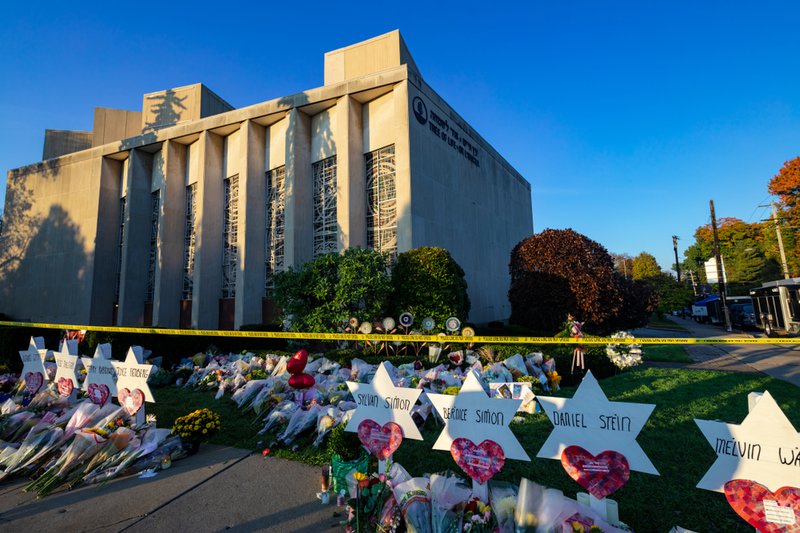 Antisemitism is in the news again—or maybe it’s more accurate to say that antisemitism and its associated assumptions never truly leave the news.

There was the February 7 Community Security Trust (CST) report that antisemitic attacks are on the rise in the United Kingdom, the February 12 confirmation that such incidents also increased in France, and the uproar over House Representative Ilhan Omar’s February 10 comments on the American Israel Public Affairs Committee. (Though Omar subsequently apologized, her remarks, in the course of sparking a debate about whether they were antisemitic, have drawn attention to other examples of how antisemitic tropes often resurface in U.S. politics.) In response to the CST report in particular, a recent Deutsche Welle story declared that “Jewish communities across the U.K. will look at these latest figures with a great deal of nervousness.”

In other words, reports on antisemitism don’t exist to inform Jews of what they already know—they exist to force non-Jews to acknowledge the world around them.

Reports on antisemitism are important not because they act as a warning system to Jewish communities—which they generally don’t—but, rather, because they play a crucial role in shaping society’s memory culture. It may seem like the mere existence of the Holocaust ought to serve as reminder enough that antisemitism is dangerous, evil, and persistent. But public memory isn’t static. Instead, seemingly permanent narratives are constantly supplanted, reinterpreted, and reconstructed in light of current events.

Of course, these reinterpretations can be positive when they guide us toward a more accurate understanding of history. For example, the Black Lives Matter movement has forced white Americans to start seeing how police brutality has disproportionately ravaged black communities in both the past and the present. Meanwhile, the #MeToo movement has prodded people to reconsider the stories of powerful men and widely vilified women, and recast these women as victims rather than as villains.

And yet, reinterpreting the history of antisemitism is almost always done in a way that obscures the past, and it tends to be done in a creeping, insidious fashion. Some revisionist statements about antisemitic crimes seem inconsequential, such as asserting that the figure of six million people murdered in the Holocaust is inflated. But even these kinds of small assertions are dangerous, because they start to chip away at the general public’s confidence in historical facts, leading to skepticism about whether antisemitism exists at all.

Indeed, Holocaust deniers seem to be waging a successful information war. A recent survey of 1,350 Americans found that 31 percent of all surveyed Americans—and 41 percent of all Millennials—believe that the number of Jews killed during the Holocaust was two million or fewer. These beliefs could be due to a lack of education rather than ill-intent, but the end result is the same: The existence of antisemitism is cast into doubt, and with it the need to combat such prejudice.

As a result, it’d be dangerous to explain away every revisionist comment as a lack of education, instead of acknowledging that such comments—even if people make them ignorantly rather than maliciously—can change the public’s understanding of a genocide and negatively affect a vulnerable minority. For example, in April 2017, the then-White House press secretary, Sean Spicer, commented that President Bashar al-Assad of Syria committed far worse crimes against humanity than Adolf Hitler did, because Hitler “didn’t even sink to using chemical weapons” and didn’t use “gas on his own people.” In addition to being categorically false, these comments conjure multiple antisemitic tropes, like the idea that German Jews were (and are) not actually German. This othering of Jews shapes the public’s historical memory of the Holocaust, priming society to fall into the ancient antisemitic trap of thinking that “Jews are not like us.”

Soberingly, there aren’t many opportunities to correct this misinformation and disabuse people of antisemitic beliefs. Holocaust memorials are accessible only to those who happen to live near them or who have the time, money, and education to visit and understand them. International Holocaust Remembrance Day happens only once a year. Schools generally don’t teach students about Jewish culture or history. The number of living Holocaust survivors is growing ever smaller. And most people have never met anyone Jewish. Even in the United States, which has the largest Jewish population in the world outside of Israel (both in sheer numbers and as a percentage of U.S. citizens), Jews make up less than 2 percent of the overall population.

Together, all of these circumstances have created an opening for new influences to shape the public’s memory of antisemitism in general and of the Holocaust in particular. And if we’re not careful, that memory may be shaped by antisemites and opportunists who see advantages to blaming a miniscule minority for the world’s problems.

These kinds of casual attempts to rewrite public memory underscore why reports on antisemitism are so important. Reports reach people who may otherwise never question comments like Spicer’s. When media outlets cover the release of such reports, not only do individuals encounter evidence that pushes back against antisemitic narratives, but they’re also prompted to interrogate their own prejudices by engaging in a revived conversation about antisemitism that may have slowly faded away since the last antisemitic tragedy or data release.

On top of that, reports serve as helpful reminders even to individuals staunchly opposed to antisemitism. With all that’s going on in the world, it’s easy to forget about the many different layers of prejudice that may benefit some and hurt others. In this light, reports on antisemitism remind the nation that Jews still face brutal violence as well as small acts of quiet antisemitism, and they call everyone to the national table to discuss how to be supporters and allies of the Jewish community. This support has many faces. In instances of responding to antisemitism, it often materializes as members of other faiths attending Jewish religious services in solidarity, or as donations to Jewish-led groups like the Hebrew Immigrant Aid Society, whose donations skyrocketed after the Tree of Life Synagogue shooting in Pittsburgh in October 2018.

The same logic plays out when there are new reports about hate crimes and discrimination affecting other minority groups, including Muslims, black Americans, and the LGBTQ community. Like reports on antisemitism, these governmental and organizational reports serve a primarily outward-facing function: They don’t tell a minority to retreat to the bunker; they call the majority population to action.

Ultimately, reports on discrimination and hate crimes play a necessary role in shaping memory culture and our perceptions of the society we live in. In a world that’s constantly flitting from one fad to the next, these reports refocus attention on perennial problems—and remind the broader population that, uncomfortable as it is, the past is still present.