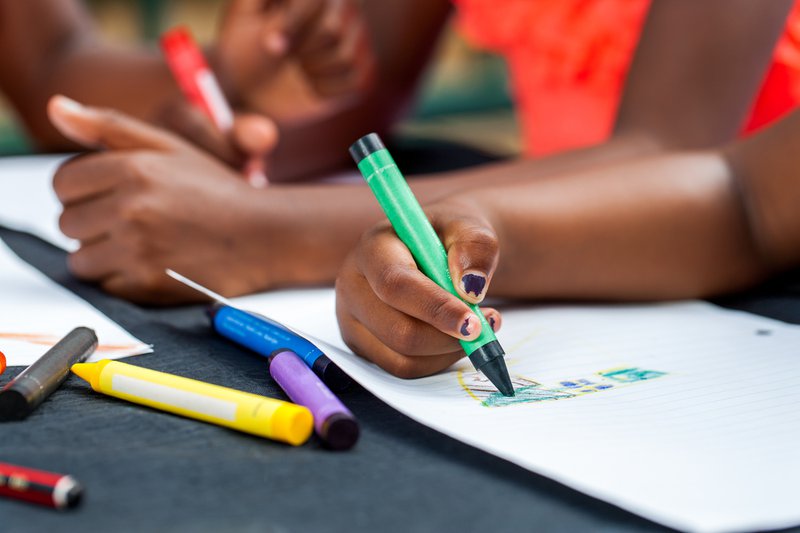 Before scores of professional athletes brought black Americans’ thorny relationship with love of country center stage, did you know that, in 2014, a black girl in Texas had started her own protest ritual of sitting during the Pledge of Allegiance? Much like how today’s athletes are citing racial injustice as reasoning to exercise their First Amendment rights, the Houston senior, who has declined to be named, recently stated the following: “We live in a country where there isn’t justice and freedom for all, and so I’m not going to stand for a pledge that says there is.”

Black women and girls accrue among the highest costs for confronting America’s sins—but they’re also excluded from, and silenced in, narratives about this national reckoning.

During her three years of protest, the black teen encountered student, teacher, and school administrator vitriol, ranging from being told to leave the country to being described as “unappreciative” and even labeled as a “communist.” Another black girl in the Houston area suffered even greater retribution for the same peaceful protest. After refusing to stand for the pledge for months in protest of police brutality, India Landry—a senior at Windfern High School—was kicked out of school and reportedly threatened to be escorted out by police.

When these black teenagers exercised their constitutional rights, their schools created an environment to make them feel unwelcome at best and criminalized at worst. In both cases, school actors used their power to silence India Landry and the other Houston senior simply for drawing attention to social injustice. To be blunt, these two stories demonstrate a broader American tale: Existing in a black female body incites perpetual attack.

What’s more, this mistreatment doesn’t wait for adulthood. To the contrary, it knocks early, on the door of black girlhood.

As early as five years old, black girls are seen as more adult-like and less innocent than their white female peers, according to a recent Georgetown Law Center on Poverty and Inequality report. The perception that black girls need less support, nurturing, and protection likely contributes to the disparate criminalization of black girls.

Whether it’s a five-year-old getting arrested for throwing a tantrum or teenagers serving detention for wearing braids, black girls are disproportionately, and more harshly, disciplined at school than their white peers. According to a National Women’s Law Center report, black girls make up about 15 percent of public school enrollment, but represent 52 percent of multiple suspension offenders among girls. Comparatively, white female students make up about 50 percent of enrollment, yet only represent 22 percent of multiple suspension offenders among girls. Taken as a whole, black girls are seven times more likely to be suspended than white girls in public schools. Expanding into the school to prison nexus, the U.S. Department of Justice reports that black girls are nearly three times more likely than white girls to be referred to juvenile justice, and generally more likely to be detained than their white peers.

Particularly in this political period, it’s important to ask: What does our selective “seeing” of black women and girls say about our society? And, how might we correct course?

For one, as public systems sabotage and erase black girlhood, it raises concerns around whether this nation wants black womanhood realized at all. Even after enduring racialized and gendered victimization, black women at the pinnacle of their professional fields still can’t avoid attack. It might seem safe to assume that a highly credentialed individual would be able to exercise her agency to stand up to injustice. But those accolades are frequently moot for black women, who are often perceived as the age-old “Sapphire” stereotype: antagonistic and emasculating.

Take one of the most professional cities in the nation: Washington, D.C. In March, April Ryan, a member of the White House press corps since 1997, questioned former White House Press Secretary Sean Spicer about the image the Trump White House had created of itself, and about comments President Donald Trump had made about former Secretary of State Condoleezza Rice in 2006. The result? Spicer told Ryan what to do with her body, and he accused her of wanting to push a particular agenda. In addition, within the past few weeks, U.S. Congresswoman Frederica Wilson criticized Trump for his insensitivity to the widow of a fallen soldier. Not only was she denounced and discredited for her commentary, but she was also called “wacky” and received a lynch mob threat. In this, Wilson is no different from her black female colleagues Rep. Maxine Waters and Senator Kamala Harris, who have been similarly criticized simply for holding white—often male—public officials to account.

Making any sort of move toward extinguishing these problems will require a fundamental perception shift—one that confronts the ways in which black women and girls are silenced. Phasing out school resource officers on campuses and, instead, investing in counselors equipped to offer trauma and mental health services is one critical step that could prevent the criminalization of black girls. Moreover, hiring more educators and school leaders of color, while requiring culturally receptive trauma intervention trainings, could also significantly improve black girls’ experiences within schools. In the workplace, meanwhile, hiring more women of color, as well as empowering already employed women of color to pursue upward mobility within the organization, could change the climate for black women.

But that’s just a start. Seeing the full spectrum of black womanhood also means being honest about the contributions black women have made to society, and about the unique ways this same society strips them of this visibility. The scholar and activist Anna Julia Cooper spoke to this point over a century ago, in 1892, saying that “[black women are] confronted by both a woman question and a race problem, and is yet an unknown or an unacknowledged factor in both.”

In short, to be a country that truly provides justice for all, America must reckon with this: that women face radically different realities, even in the same country—as they always have.