All the Fearful Ladies 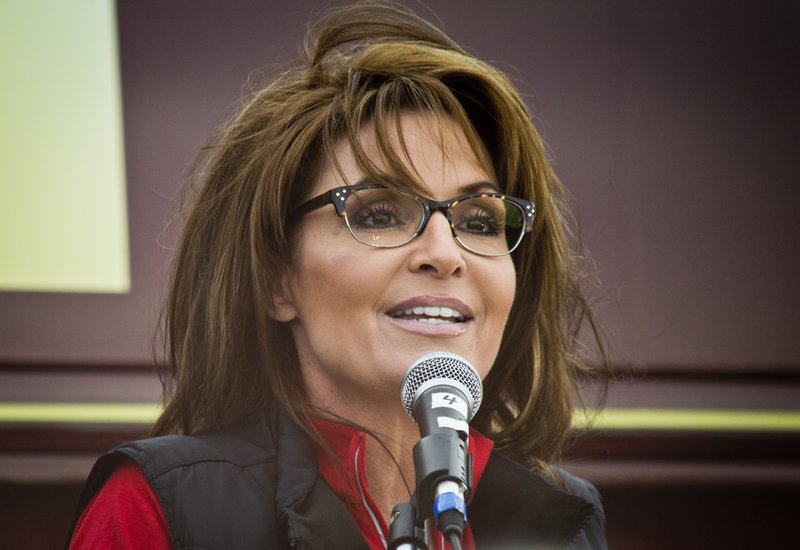 A new ad released by the Coalition of Civil Liberties opens with a black-and-white shot of a lone woman walking through a shadowy parking garage. As she approaches her car, she is suddenly attacked by a hooded man. But she fights back, and manages to pull a gun from her purse. She aims and fires—but the gun isn’t loaded. The ad fades into the ominous slogan, “Take Away Our Rights, Take Away Our Life.”

On its face, the ad is an aggressive response to the Safety for All Act of 2016, a California bill that would require background checks for the sale of ammunition and ban possession of high-capacity magazines. But the ad also taps into a broader, gendered fear: Women tend to feel (and in many ways are) particularly vulnerable to violence. The ad tells us that guns are the best tool in a woman’s purse to make the fight fair.

Initially, political science professor Melissa Deckman did not intend to dedicate an entire chapter of her new book, Tea Party Women: Mama Grizzlies, Grassroots Leaders, and the Changing Face of the American Right, to guns. But while she was conducting research on the women of the Tea Party, and how and why they advocate and vote the way they do, Adam Lanza opened fire on Sandy Hook Elementary, and guns rocketed to the forefront of American conversation. She found herself engaging in conversations with women who, in addition to touting the more conventional Tea Party rhetoric of guns as a constitutional right, were framing their interest in terms of their roles as women and mothers. In her book, Deckman highlights Sarah Palin’s call to arms at the NRA’s Stand and Fight 2014 rally: “Maybe our kids could be defended against criminals on the spot,” Palin says, “if more Mama Grizzlies carried.”

Invoking motherhood is not new for conservative women. At a recent event at New America in conversation on her book with journalist Amy Sullivan, Deckman said Phyllis Schlafly was cited as, “Tea Party before there was Tea Party.” Mama Grizzly rhetoric, however, is novel. Historically, in the wake of gun-related tragedies, mothers tend to rally against guns. The 1999 Million Mom March, for example, called for tighter gun control laws after the Columbine shooting, and emphasized the threat gun access poses to children’s safety. And, indeed, there are still many American women in the anti-gun camp. But now, Mama Grizzlies are fighting for the right to use guns to protect their children. The argument is that guns act as a physical equalizer, enabling women to stand a chance against male assailants. This provides peace of mind for mothers like Erin Williams, who wrote in Minute Mom Magazine that she would sometimes keep a loaded gun by her side while her kids were napping, “just in case someone tried to break into the home.”

If this sounds out of the ordinary to you, that’s because it is. In the aggregate, most American women, even conservative women, are not pro-gun. But the ferocity of the Mama Grizzly approach and, more importantly, the way its narratives resonate with a segment of American women, speaks to larger trends about crime, gender, and perhaps most of all, fear.

The Pew Research Center recently observed that, while violent crime rates plummeted in the 1990s—from 8,003 victimizations per 100,000 in 1994 to 2,782 victimizations per 100,000 in 2004—and have remained fairly stable since then, the public is overwhelmingly unaware of this trend. This is puzzling for researchers. Usually, fear of crime is closely related to actual crime rates. In recent years, however, the opposite is true: People mistakenly believe that violent crime is on the rise. In turn, support for gun rights is unusually high, and those who carry do so most often for personal protection. Support for pro-gun legislation, in other words, is a consequence of fear inconsistent with actual danger. As a result, certain populations—like women—are more sensitive to the perception of danger, even where danger does not exist. While women are often victims in popular crime TV shows, they are actually far less likely to be victims of violent crime than are men. (Note that this is not to say that women are not particularly vulnerable to certain kinds of violence, i.e. domestic. It is only to note that the people most likely to be victimized by gun violence—namely, young black men—are not Mama Grizzlies.)

Still, there is a reason that the gendered pro-gun message resonates, particularly when personal experiences defy statistics. Let’s return for a moment to the black-and-white parking garage ad: It may seem overwrought, but it tells a story familiar to gun rights activist Amanda Collins. As she explains in an episode of the NRA Women’s series “Don’t Be a Victim,” Collins was attacked in an on-campus parking garage in 2006. She had a concealed handgun license at the time, but she did not have the weapon with her because concealed carry was not permitted on her campus. Unarmed, Collins was overtaken and brutally raped. Collins believes her victimization could have been prevented, and has since dedicated herself to the cause of increasing access to guns in an effort to keep her story from being repeated.

The next time you’re in a parking garage, you are probably more likely to think of Collins than the crime rate decline.

And this, perhaps, is the power of the Tea Party’s use of gendered narratives—exactly the thing that first captured Deckman. At New America’s event, Deckman spoke about what she called “kitchen table conservatism,” where women she interviewed would relate issues of policy to small stories from their everyday lives. “We’re here clipping coupons,” they might say, “so why can’t the government rein in its spending?” To the average person, even that small analogy makes a kind of instinctive sense. To the Tea Party women, it is enough to call them to political action.