After Assad, What's Next? Listening to Syrian-Americans. 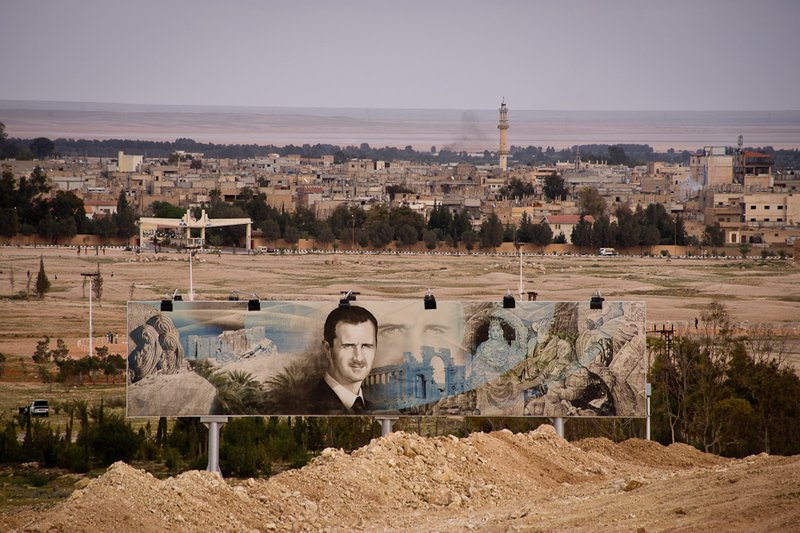 In the aftermath of Donald Trump’s shocking decision to depart from his stated foreign policy objectives and attack the Syrian government, critics of Bashar Al Assad’s regime are clamoring for further US involvement. The costs and merits of regime change are debatable, but the conversations surrounding such policies often fail to address the most critical question in the event of Assad’s removal: What next? Grappling with the full scope, scale, and complexity of the Syrian conflict is vital to ensuring that any transition process maintains the stability of the region.

Yet even before the US government scrambles to look into its crystal ball, there are key groups that ought to be involved in future decision-making: Syrians and Syrian-Americans.

On Wednesday, New America welcomed Ammar Kahf and M. Yaser Tabbara, the co-founders of the Omran Center for Strategic Studies, to discuss the research that their organization has conducted on the issues that must be addressed on the road to peace. Robert L. McKenzie moderated the event, and he explained that bringing Syrian and Syrian-American voices into the formulation and design of policy is one of his primary goals as the founding director of the Muslim Diaspora Initiative at New America.

The need for these voices goes beyond shallow appeals to diversity and inclusion—rather, they cut to the heart of our most cherished ideals: democracy, representation, and sovereignty. Kahf and Tabbara both offered visions for reform built on strong, democratic principles, but grounded in the realities of the modern Syrian state.

Kahf laid those realities out bluntly by explaining the dysfunctional role of the Syrian state security network. The multiple state security apparatuses, often with overlapping jurisdictions, foster an unstable system, mired in inter-agency conflict and corrupt management. Kahf contended that Syrian state security’s destabilizing policies are rooted in a historical pattern of the Ba’ath regime, and the Assads in particular, sowing discord in order to consolidate power.

The country’s competing factions will need to place the construction of a transitional security and justice mechanism at the forefront of their agenda in order to ensure a stable political process.

Tabbara helped to establish the state of political organization in Syria by focusing on the Omran Center’s research on Local Administration Councils, often democratically elected bodies that provide services and serve political roles. While these councils have their issues with limited resources and fairness, they are also respected for their key roles in service delivery and their relatively stable governance grounded in local issues.

Tabbara argued that, compared to the councils, Assad’s ability to manage the regime’s territory has ceded much of the local administration of services and security to militias and warlords. While many among the foreign policy elite grouse about the potential for Syria to collapse the day after a regime change, Tabbara explained that many Syrians now see Assad as a uniquely harmful force:

One cannot imagine anything worse than hundreds of people being gassed, or tens of thousands of detainees who are being tortured, as we speak, to death in Assad prisons, areas that are under siege for months, if not years... We have come to this point in time where I can tell you, as a Syrian, the Libyan scenario looks like a very good scenario for me, compared to what we have right now.

That sentiment was countered by a Syrian-American audience member who questioned the speakers on the unstable conditions that nearly always emerge as conflicts come to a head. Tabbara and Kahf explained that their proposals are aimed at reckoning with that instability. Tabbara pointed to some Local Administrative Councils’ success in easing sectarian violence on the borders between different zones of influence.

This dialogue about the political needs and goals of the Syrian people comes as a breath of fresh air after a week of media hand-wringing about the interests of international actors in the conflict, like the United States, Iran, and Syria. President Donald Trump has fired a warning shot, but it is far from clear what his next move will be. In the meantime, everyone from policymakers and state officials to journalists and students should be taking the time to listen to what the people directly affected by this humanitarian crisis have to say. There's no silver bullet to achieving peace in a conflict as complex as this, but it's obvious that the people for whom this is a lived reality have a deeper understanding of these issues—and, more importantly, a bigger stake.

Years after the conflict has faded from foreign minds, Syrians will be the ones who have to live with the legacy of this conflict. After decades of numerous failed American interventions and feints at democracy in the region, it's vital that we learn from what has come before and finally listen to the will of the people.