Let’s make sure they get it right 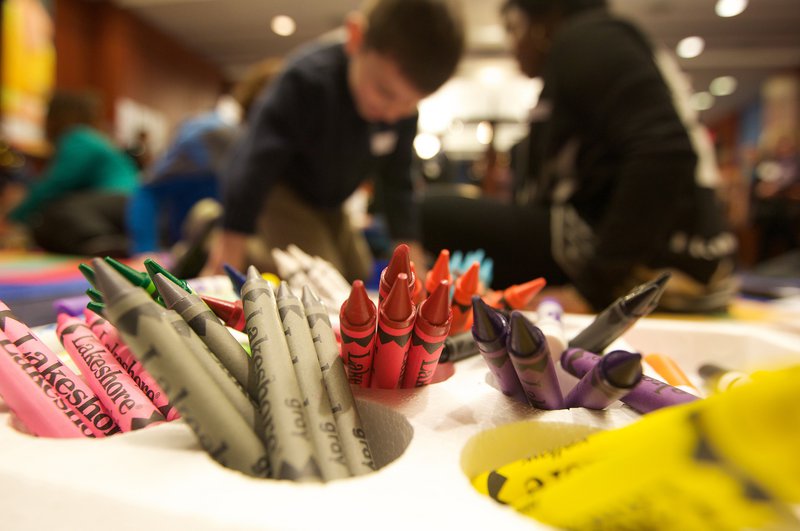 Last week, Hoosiers elected Lieutenant Governor Eric Holcomb to lead their state by a margin of 52 percent to 45 percent. While many important issues attracted voters’ attention throughout the election, access to state-funded pre-K remained one of the most prominent.

Democratic nominee John Gregg had trumpeted his support for expanding pre-K to reach all Indiana four-year-olds and wanted to pay for it using existing unspent state funds. Republican Eric Holcomb instead called for incremental expansion of the state’s existing pilot program. While advocates of universal pre-K may be disappointed by the smaller scale of Holcomb’s proposal, 2017 is still likely to bring good news for Indiana youngsters.

In Slowly but Surely: How Indiana is Building a Pre-K Program, a brief released last month, we offer suggestions for Indiana decisionmakers to keep in mind when expanding the state’s pre-K system.

Public pre-K became a reality in Indiana just two years ago. Joining more than 40 other states providing pre-K to four-year-olds, Indiana planted the seeds of pre-K with two pilot programs: the Early Education Matching Grant program and the larger voucher-style On My Way Pre-K scholarship program. Both programs are targeted toward lower-income families and currently serve but a fraction of eligible children in select counties.

The entire On My Way Pre-K pilot program in five counties has only been receiving $10 million in funding per year (although Indianapolis has created a city-specific version that doubles the number of pre-K scholarships available in the city). This limited funding means only around 2,800 low-income children in the state were served last year. There is great demand among Indiana parents for expanded access to affordable early learning, and it’s time for state policymakers to help the programs grow.

Nationally, support for pre-K has been on the rise as the public and policymakers on both sides of the aisle acknowledge the dramatic benefits that high-quality pre-K programs can have on children’s preparedness for kindergarten and beyond. Attending a strong pre-K program can reduce a child’s chances of needing special education services, being held back a grade, or even committing a crime in adulthood; it can also increase their likelihood of graduating from high school and attending college.

While Republican ideology tends to espouse limited government involvement, access to state-funded pre-K has received bipartisan support in several states. As Governor, Holcomb will be working with a Republican-led state legislature that might be willing to make affordable, high-quality pre-K a reality for low-income Indiana children. After all, the On My Way Pre-K program places a high value on parental choice and a mixed delivery system—both of which are popular among conservatives.

Holcomb has said he will leave it up to the legislature to determine the source of funding for pre-K expansion. The state legislature, for its part, still needs to be convinced of the importance of this endeavor, despite the lobbying already done by a coalition of early education advocates, business community leaders, and philanthropists. But let’s say the legislators do decide that now is the time to expand early education. How can the expansion be accomplished in a manner that increases access without sacrificing quality?

If state policymakers decide to continue with the current scholarship model for providing pre-K, there are a few changes they can make to ensure that it better serves children, families, and providers.

For one, policymakers should raise the scholarship amount to meet the full cost of early education. The average cost of high quality pre-K in Indiana is estimated to be just above $8,400 per child, but the maximum scholarship is set at only $6,800. While it’s noble that the state doesn’t allow pre-K programs to pass the remaining cost along to families, it’s hardly better to pass the burden along to pre-K providers. Doing so may discourage high-quality providers from accepting children with scholarships. And providers who do choose to participate likely end up taking a financial loss, which may force them to compromise the quality of education and care as a result.

Insufficient funding can make it especially difficult for providers to employ qualified pre-K teachers and pay them fair salaries. The impact that teachers have on students is unparalleled and it is essential pre-K teachers have the qualifications necessary to do this skilled work during children’s most formative years. Attracting and retaining pre-K teachers is difficult because compensation is so low. To improve quality, many programs are encouraging teachers to earn advanced degrees and specialized credentials. Unfortunately, this extra education rarely translates to higher salaries. On average, pre-K teachers in Indiana earn about half as much money as kindergarten teachers. Increasing the scholarship amount could make it easier for providers to pay teachers adequately.

Where is this money going to come from?

During the campaign, Holcomb was quoted saying that the state should “continue to leverage all sources of revenue, including federal, state, local and private, while maintaining autonomy.” It’s unclear at this time how much the state legislature will be willing to spend on pre-K and while local business leaders and philanthropists have been instrumental in getting the program off the ground (particularly in Indianapolis), they’ve been clear that they view pre-K funding as the state’s responsibility.

Unfortunately, the option for federal funding may no longer be on the table. Prior to being tapped as Donald Trump’s vice presidential candidate this summer, Governor Mike Pence sent a letter to U.S. Department of Health and Human Services Secretary Sylvia Burwell expressing interest in using the federal Preschool Development Grants under the Every Student Succeeds Act program to expand Hoosier access. While federal funding would certainly accelerate expansion, it's up in the air whether Congress will actually allocate funds to the program based on the new political climate. Further we have no idea what the grant requirements would be under a Trump administration.

To ensure that pre-K program funding is both sustainable and sufficient to serve all eligible children in high-quality programs, we urge state policymakers to consider funding pre-K in the same way it funds K-12 education. Sixteen states and Washington, D.C. currently include pre-K in some way in their school funding formulas. This doesn’t mean that pre-K must be offered only in public school buildings; other states have included pre-K in their funding formulas while still offering it in a variety of settings. This approach to funding is likely to be more stable than other revenue sources such as lotteries or cigarette taxes. Including pre-K in the state’s school funding formula also acknowledges that children begin learning before they begin kindergarten.

State leaders should be intentional in their actions to ensure that pre-K access is increased without sacrificing quality. The moment is now to help more Indiana children gain the early learning opportunities they need to flourish later in school and life. The benefits and necessary steps are clear. Additional recommendations can be found in our brief.