1968 Called. It Wants Its Election Back. 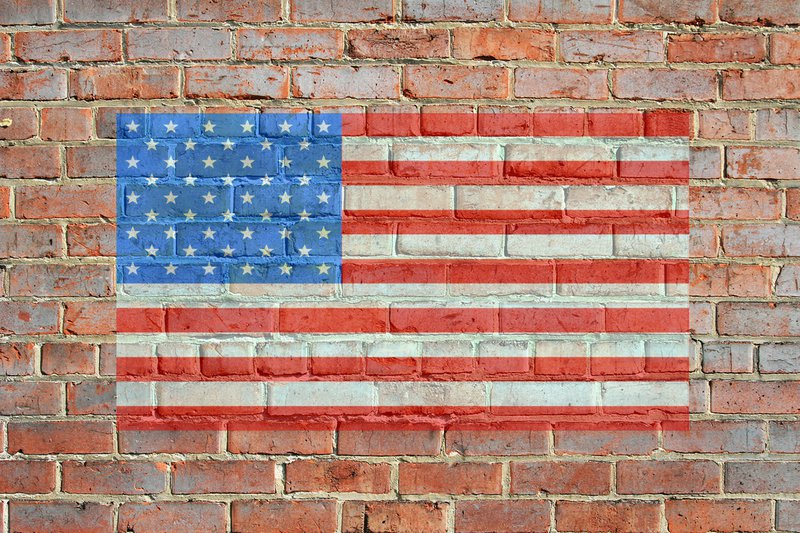 2016 could be called, among other things, a year of American electoral anxiety. There’s uncertainty over the future of American politics, concern over whether that future includes democracy at all, and a sort of nervous reflection on how, exactly, we ended up in this unique place. If only, we say, there had been an even slightly similar moment in history, with a crazier-than-usual election, an odder-than-usual pool of candidates, and a seemingly higher-than-usual level of anxiety over the future of the country, then maybe a portion of what is going on today could be explained by some not-so-distant past.

Last week, Michael A. Cohen, author of “American Maelstrom: The 1968 and the Politics of Division” was at New America to discuss how the election of 1968 was a turning point in American politics. Joined by Slate’s Jamelle Bouie and the George Washington University’s Lara M. Brown, Cohen argued that 1968 marked the decline of political liberalism and the rise of conservative populism and the anti-government attitudes that came to dominate the nation’s political discourse—that is, that 1968 threw into the American ether what is boomeranging back to us in this, the 2016 election.

On the Democratic side, Eugene McCarthy energized the anti-war movement; George Wallace spoke to working-class white backlash; and Robert F. Kennedy promised to build a coalition of working class white and black voters before he was assassinated. On the Republican side, Richard Nixon out-hustled Nelson Rockefeller, Ronald Reagan, and George Romney by navigating between the conservative and moderate wings of the Party, leading to his ultimate victory over Democratic nominee Hubert Humphrey.

Democrats received 48 percent of the popular vote. Forty percent of the Democrats who had voted for Johnson in 1964 voted for Nixon in 1968. Ten million Americans voted for George Wallace—an avowed racist and political demagogue. The Democratic Party’s New Deal coalition was shattered by racial backlash (which ushered in the Democrats’ loss of their political hold over the South), rising crime rates, an ascendant black power movement, and divisions among Democrats over the war in Vietnam.

The Republicans won the election, but a slew of political stereotypes with staying power proved most victorious. Republicans claimed the mantle, then as now, of being strong and resolute, tough on crime, defenders of cultural values, proponents of small government; Democrats fell into caricatures of being weak, unpatriotic, advocates of “tax and spend,” in the throes of “big government,” and members of the liberal elite. These have been the labels through which Americans have seen American politics ever since.

But 1968’s political narrative did not, in fact, actually lead to a change in governance. The welfare state did not shrink, and neither did the size of the government (it actually expanded—consider Nixon’s creation of the Department of Natural Resources and the Environmental Protection Agency). American society did not become more conservative (Nixon initiated and oversaw the peaceful desegregation of southern schools, for example). If anything, Cohen argues in the book, America became a more socially liberal country: civil rights would play a more prominent role, with people more tolerant of social progress, ideas, and values that earlier in the decade would have been deemed unacceptable.

The big change was in America’s anxiety levels, which Cohen argued dramatically rose.

Post-1968 America was full of economic and cultural anxieties. As Brown noted, “People’s fears about change were related to their survival at the economic level, and what that meant for going forward.” Restlessness and discontent fed into the narrative driving the 1968 election. The end of the post-war economic boom, combined with GOP rhetoric that warned Americans of the dangers of government expansion, became the platform for a narrative where “freedom” meant freedom from the federal government. On top of that, scapegoating of racial and ethnic minorities sharpened the gap between those who were “for” and those who were “against” the government’s helping of those in need. The dichotomy that emerged then remains with us: While Americans applaud the idea of small government, they resist any effort to cut federal spending on programs that assist them directly.

On the Republican side, Trump, like (Democrat) Wallace, plays directly on white resentment and fears (then, it was crime and civil rights; today, it is immigration and terrorism) while staying away from small government conservative orthodoxy that establishment Republicans have taken to extremes. For Bouie, “Trump is basically an avatar for this idea of white citizenship; [one which] by virtue of being white Americans we get a better kind of America for us.” On the Democratic side, the reputation for weakness in foreign policy still haunts the party, though perhaps not today’s leading presidential candidate. On both sides, the feelings of anxiety, uncertainty, and that the government no longer works for them are still very real for many Americans.

But perhaps, by being so strikingly similar, this election has the chance not only to repeat history, but to make it by casting off the long shadow of 1968. The freakishness of the Trump candidacy, the rise of unlikely runner Sanders, Hillary’s email scandal, and the flip-flopped candidacies of Rubio and Jeb! have left pundits scratching their heads, wondering what went wrong. Higher-than-usual levels of anxiety have led to discomfort with rapid cultural and economic changes today, thus creating a perfect opportunity for candidates like Trump and Sanders who play on those fears (albeit differently).

Cohen’s description of the events that led to the uniqueness of the 1968 election, as well as the following developments, sheds some light on and offers a potential explanation for the current chaos of American politics. My colleague Lee Drutman goes as far as to argue that American politics has reached peak polarization and that Trump’s candidacy is a sign of coming realignment of political parties. Change is happening. The anxiety that has been building in America for five decades might finally be reaching its breaking point. This would mean that, in the not too distant future, it will, finally, no longer be 1968.

Brown reminded us of the Truman phrase: “There is nothing new in the world, except the history you don’t know.”