An Amplifier for War, A Necessity for Peace 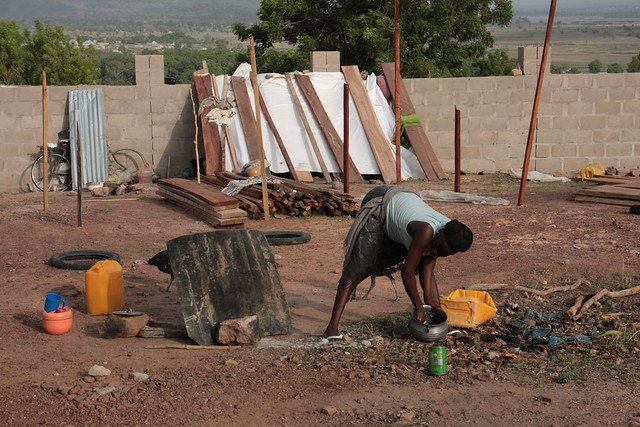 Thank you, Susanne [Schmeier], for the invitation to speak today. And for so ably leading the Water, Peace, and Security Partnership, which I am delighted to play a small part in.

As Susanne mentioned in that kind introduction, I'm a former official in the U.S. Department of Defense. One of my first jobs in the Pentagon, more than two decades ago, was Director for South Asia in the Office of the Secretary of Defense.

It became quite an eventful job, to say the least: in 1998, India and then Pakistan tested nuclear weapons, and the border between them officially became the world’s most dangerous. Tensions were exquisitely high, and then, right after I moved on to a new assignment, those tensions exploded into armed conflict in May of 1999, in what came to be called the Kargil War.

In that job, I was responsible for coordinating defense policy, with the Joint Staff, the Navy, Army, and Air Force, with Central Command —and we were understandably focused on nuclear weapons, militants and operatives in Kashmir, and the risk of escalation.

Of course, water was without question part of the story: in May 1999, the same month the armed conflict started, India began construction on Baglihar Dam, which Pakistan protested as a violation of the 1960 Indus Water Treaty.

There may be people in this room who know the answers, but I can promise you that no one in the Pentagon back then did — we weren’t even thinking about the role water played in the conflict, at least not in any kind of causal way. Though I'm sure our colleagues across the river in the State Department thought about it. But in the Pentagon, we didn't, and they still don’t think too much about it, unless water is actually weaponized — such as ISIS control of Mosul Dam, which was a direct threat to more than a million people downstream.

But there’s little question that water has been a contributing factor in many conflicts throughout history. And there’s definitely no question that it plays an important part in weaving together the fabric of stability within and between nations. Water can be an amplifier for war, and a necessity for peace.

And therein lies the transboundary water and conflict problem — and opportunity.

There’s been some terrific research done on the history of transboundary water and conflict, particularly by Aaron Wolf, whose groundbreaking work has used data and meticulous research to show that historically, water has not caused war — it’s caused cooperation, at least across national lines. And, of course, that takes us out of the territory of military organizations and into the hands of diplomats and development experts and commerce — the U.S. military, at any rate, is principally concerned with warfighting, not security building.

In fact, I feel a strong sense of urgency about that...that it’s time for my country to change — and I’m not just talking about the current political situation, though believe me, I have a VERY strong sense about that. Right now, our defense budget is $750 billion and rising, most of it dedicated to building weapons and forces for warfighting or related missions. Our State Department has a budget of around $40 billion, and falling. And the Pentagon is focused today on great power conflict, and especially on China — both countries are busy building the weapons for this struggle.

I think that has to change. Of course, first because a great power war is one no one actually wants to fight and everyone would lose. But there are three other main, interrelated reasons we need to change our priorities, and water illustrates these three concerns all too well:

First: there’s a risk of conflict simmering under the edge of every transboundary water agreement.

There are many different theories about why wars start — balance of power, hegemonic behavior, nationalism and identity, greed... I believe there is rarely one single reason. Water and other resources are often a contributing factor, sometimes as a weapon, sometimes as a cause. Maybe shared water challenges won’t alone drive nations to war with each other, but when combined with other grievances and drivers, it becomes one of the ingredients. But making sure those ingredients don’t combine into war is not really a military challenge.

Next, there are the second and third order effects of water insecurity;

By this I mean places such as Syria, Yemen, Somalia, and Nigeria, where national boundaries have been containers of misery when it comes to water and violence, and the misery has not stayed contained. Drought in northern Nigeria causes crop failure, crop failure means men are out of work and communities are weakened, and Boko Haram rises from the dust, spreading its violence across the region. Did water cause all this conflict? Of course not. Not directly, at any rate, but again, it’s part of the pattern, a strand that comes undone and weakens the social fabric. But could the Nigerian army have marched north and defeated the drought? No, in fact, their conduct only exacerbated the problems.

As the bill for the Industrial Age comes due, in the form of climate change, biodiversity loss, and resource competition, we can’t count on the patterns of the past to predict the future. Nations have found a way to share water, but will that still be the case in an era of absolute scarcity? The only way to know for sure is to start building resiliency now — and while we can’t necessarily predict the future using the past as a guide, the past does have clues for us as to where our best investment is in water management and productivity. Again, this is a security challenge and opportunity with no military solution.

Back in my early days in the Pentagon, it was not my responsibility to figure out how to help India and Pakistan settle their differences over the Indus Water Treaty, and it shouldn’t have been. We didn’t have the right expertise, and the military organizations I worked with had neither the training nor the tools for that kind of mission. And I am not saying water management should be a military responsibility now, either, though military organizations do need to understand better how water and other resources make up that tapestry of stability or help unravel it. US and allied forces found that out the hard way in Afghanistan and Iraq, that there is no stability or civil order without water, energy, and food, and that has to be part of your plan from the beginning.

But even more to the point, in the discontinuous future, we all need to change our priorities, certainly my own country does. It’s not that water security is a military responsibility, it’s that we need to redefine what security means to us — we must increase our capacity for building security, not just for fighting wars, for making sure that water is part of what holds us together, instead of the broken strand that leaves us weak, ready to be pulled apart.

And if we don’t do that, then we may well need our militaries to be prepared to fight water wars someday soon.