What does it take for a public interest technology project to succeed? 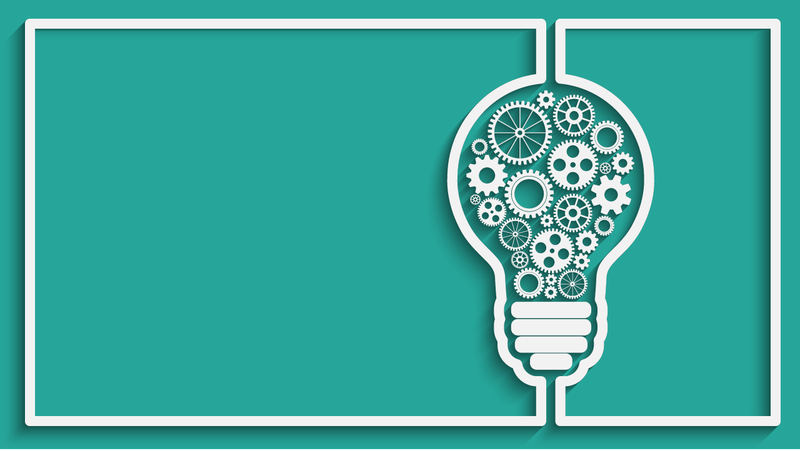 I got to New America in 2017, tasked with realizing a new vision for building a team that would help grow and strengthen a new field: public interest technology. We knew we wanted to contribute to the field in myriad ways, but central to our vision was taking on a slate of hands-on projects with government and nonprofits. Since then, New America’s Public Interest Technology (PIT) team has worked on projects ranging from overhauling the foster care process in Rhode Island to improving outcomes for justice-involved youth in Los Angeles.

When PIT began our work, we had some ideas on how best to approach projects. But we also did a fair amount of inventing as we went along, guessing at which projects might be successful and why. Along the way, we have learned a thing or two about what it takes to make sure a project succeeds.

Outcomes are important: it matters that our team working on foster care helped Rhode Island create a better foster parent licensing system and increase the number of licensed foster care parents in the state. But we are just as interested in what happens before civic tech experts get involved: what it takes for a government or an NGO to reach the conclusion that this is a skill-set that they need, that they should hire for, and that they should use to its fullest potential. One way to think about our broadest goals is that we are building toward a future in which a middle school student who wants to reduce and prevent homelessness decides to pursue a career in technology, because she sees it as a clear path to creating powerful social change. When people see a direct link between technology and the solutions to complex public policy problems, we will really have accomplished something.

We know that there are many digital service teams launching at the state and local level, and in the spirit of helping these teams skip over the learning process we underwent over the first two years of our existence, here is a sampling of what we learned - some surefire ways to make sure your public interest tech project will succeed:

When you introduce a technologist into an organization that doesn’t have one, leadership’s level of enthusiasm and engagement makes a critical difference. We have learned from hard experience that we need the CEO to be actively engaged in making the work happen. We need her to build an environment that allows the technologist to become part of the team and contribute to the work; to clear any roadblocks that arise, to hold her existing team accountable for bringing this work to fruition, and to be actively invested in whether we get to the finish line.

Separately, the CEO should have a recurring meeting with this new team. Often, that can be monthly (ideally more than quarterly) but doesn't need to be weekly.

We’ve learned, however, that an engaged and enthusiastic leader alone isn’t enough to successfully integrate a technologist into an organization. While a CEO can set the tone, a technologist’s success ultimately depends on her interactions with an operational team—the folks who are getting stuff done every day. These team members are likely to be in the middle of the organization’s leadership structure, and their participation and support is essential to success.

Key to making things work well is to make sure a point of contact is in place who is accountable to the team and the CEO. Ideally, this person is at the level of a deputy or a chief of staff—someone personally accountable to the CEO for delivering results and ensuring that the new tech person or team is appropriately integrated. This is your guide within the organization to help troubleshoot on a more regular basis. Also, make sure this new team is invited to join all-hands meetings, and that they have time to meet teams across the organization, understand what they do, and see their mission in relation to each other's work.

One of the biggest dangers of the mission-driven work we do is that it is complex and difficult, often focused on big problems with no clear answer. We frequently see well-intentioned attempts to tackle huge problems, set impossible goals, and attempt to boil the ocean. This is a common and often devastating mistake; overpromising and under-delivering can lead to false starts or undermine trust with partner organizations that is difficult to gain back.

We learned the importance of scoping through hard experience. In one of our early sprints, which are short-term deep dives to understand an issue and begin to diagnose solutions, a partner asked us to identify “what the immigrant community needed at the moment.” In hindsight, this was too broad. But it was our first project, and we were eager to get off and running. While the sprint yielded interesting insights about how immigrants were feeling in response to enormous challenges in the moment, it was impossible to solve for the concerns of all immigrant groups. In our next round of immigration research, we focused specifically on one population’s interaction with one process—we asked what was preventing legal permanent residents from naturalizing—which yielded an entirely new way of categorizing concerns and identifying actionable interventions.

How do you know if your goals are properly scoped? They should be defined and measurable, with realistic metrics for tracking progress and a well-defined audience. As with any project, a clear action plan with points of contact who are responsible for executing on their piece of the work will help ensure that the project stays on track. And because scoping can often be like measuring the inside of a box in a dark room, a willingness to pivot if the problem you first identified is not the appropriate or right problem to be focusing on at the moment is critical.

Scoping properly may feel like setting the bar too low or attempting to guarantee success, but we have learned to think about it differently. The organizations that most need help are often overworked and under-resourced, so properly scoping ensures that we’re using our partners’ time respectfully and taking the complexity of their work seriously. Start every project with clear, concrete, and properly-scoped goals.

While everyone wants a quick win, every one of our most successful efforts has taken time to develop. Among our successes that have taken a long time to bear fruit: Census Fellow Maria Filippelli has built a successful partnership with the Leadership Conference on Human and Civil Rights as a key partner on their Census team. That project took two years to implement. Former Fellow Lauren Greenawalt helped Los Angeles County develop its new Office of Youth Diversion and Development, providing critical guidance on using data ethically to guide effective delivery of services to young people. She proved so essential to getting the work done that she was hired by LA County when her fellowship period ended. That project was also two years from start to hiring. PIT fellow Marina Nitze’s work with the foster care system in Rhode Island has been so effective that it is now being embraced by five other states. We are two years in so far, with hopes of continuing for years to come. These are not quick fixes that can be done in a matter of weeks. They required commitment and the willingness to take time and dig deep to solve systemic problems.

Having said that, Marina’s success in Rhode Island is also owing to some quick wins that helped demonstrate what is possible and build toward the longer term goal, creating excitement around projects, and building camaraderie within the organization. Marina’s early work in Rhode Island included identifying some of the pain points in an 18-month backlog of people seeking to become foster parents, and helping the state break through red tape, eliminating the backlog in a single weekend, which both increased the number of foster parents in the state, and demonstrated what someone like Marina can accomplish.

It takes time to build trust, to show what’s possible, to work alongside the pros who have been at an organization for a while to show how you can add value to their work. We’ve learned that quick wins are helpful to make the case about what is possible, but in the end, we are more likely to see success if we give a long runway—ideally two years—for a project to take hold.

One of our measures of success is not whether we simply “built a thing” and left, but whether we made systemic change that will live on after we move on. Our most successful projects have had sustainability plans built into them, detailing what the next steps are and who among permanent employees will do them. You can test a long term sustainability plan by transitioning small chunks of work throughout the process. For example: teaching career staff / operational staff how to conduct focus groups or design sessions for themselves, creating blueprints or toolkits that they use to do this type of work themselves, and handing off relationships or transitioning points of contact for specific aspects of work while you’re still there. Essentially, you have to understand how and to whom you are handing off this work and train them throughout the process. If you don't have or can't identify that person, you have no sustainability plan (unless you plan to be that person long-term and stay on.)

At PIT, we’re still learning as we go. Not every project we take on is a smashing success, but we at least know how to squint and see just a bit into the future. Civic technology projects can be tough to implement. But by applying the lessons of past mistakes, we can make new efforts a bit easier, build a body of learning for others in our field, and give critical endeavors across the country a fighting chance.