PIT in Practice: A Q&A With Daisy Magnus-Aryitey, Co-Founder of Code the Dream 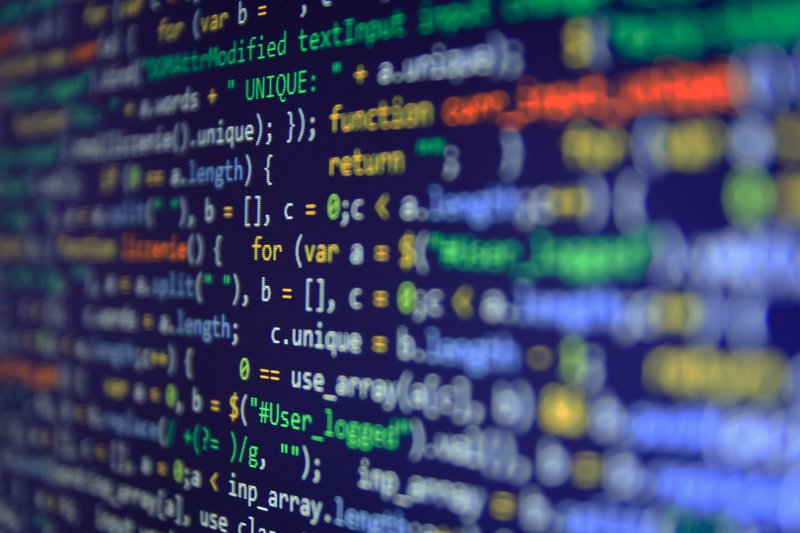 According to Data USA, the average American software developer is about 40-years-old and earns $109,309 per year. They are also overwhelmingly male—about 81 percent of developers identify male—and white, with more than half of the software developers falling into that category. Another 33 percent are Asian-American and Pacific Islander (AAPI). And yet this demographic spread looks nothing like the makeup of America. More than half of the people born today are people of color, and one in four have an immigrant parent. This disparity was the impetus for Ramiro Rodriguez, Daisy Magnus-Aryitey, and Dan Rearick to launch Code the Dream, an organization dedicated to educating and training people of color and immigrants to become software developers.

PIT UNiverse editor-in-chief spoke with Magnus-Aryitey, Co-Founder and Board Member of Code the Dream about her work bringing coding education to people of color and immigrants and creating CTD Labs, the organization’s in-house software development arm. Below, she explains why Code the Dream is so crucial to the future and what it looks like to put their version of public interest technology into practice.

Q: What’s your background? How did you become interested in helping to increase the number of people of color and immigrant coders?

Magnus-Aryitey: I am a co-founder at a nonprofit called Code the Dream. I've been a software developer for about seven years, and I have a master's in education with a focus on design thinking, creativity, and innovation. I was born in Ghana and I emigrated to the United States when I was just about to start kindergarten. Even though I spent most of my life here, being an immigrant really informs my worldview, and how I approach challenges and opportunities.

[Code the Dream Co-founder and CTO] Ramiro and [co-founder and executive director] Dan were running in the same circles, met, and decided to run the first Code the Dream class. I was one of the students in that inaugural class. At the time, I was a stay-at-home mom transitioning back into the workforce, and I was the first Code the Dream student to get a full-time job as a software developer. After that, I volunteered my time as an instructor and then I joined the board.

Q: Can you tell me a little more about Code the Dream’s origins?

Magnus-Aryitey: Code the Dream started as a project of a larger nonprofit called Uniting NC. It was originally called Code for Dreamers. We were trying to find a way to give a code education to folks who were undocumented in this country. Young people graduating high school who didn't have the documentation to move forward in their education, but who were just whip smart, and really capable. We thought, ‘Well, if we can give them this training in technology, they can go straight into the work field without needing a college degree.’ As we started working with these young people, we realized that there are a lot of people in the same situation who are U.S. citizens. They have these appreciable barriers to getting a higher education, to landing a career, and particularly, to starting in a career in technology. We opened the program up to more people and we've been growing steadily since 2018 when we spun it off into its own separate entity.

Q: What happens once someone finishes the program? Is that where CTD Labs, Code the Dream’s full-service software development shop comes in?

Magnus-Aryitey: Once students finish our six months of classes, which are free, we invite them to be apprentices in our program. As apprentices, they are working on portfolio projects [like you see on the CTD Labs website]. That work becomes a part of their learning experience that they build on. They’re working on projects that go beyond the traditional first apps that many technologists start off doing. They're building these really complex and robust solutions including public interest technology projects for local government and nonprofits.

Q: Were you always aware that what you’re doing is public interest technology? How does your vision of PIT shape what you do there?

Magnus-Aryitey: Very recently I put the pieces together and said, ‘Oh, what we're doing is public interest technology.’ As a nonprofit, 80 percent of our participants are Black and Latinx, and many come from low income backgrounds, so we are naturally drawn to working on projects that would impact our own communities. For example, working on the NC Fair Chance project for Durham residents where we're based or working on farm worker apps. Many of our participants are Spanish-speaking and some of them have a family experience of working in farmworker communities. Those are the projects that we were just naturally drawn to.

We realized over time as we worked on those projects that we were uniquely situated to be a part of that solution. We come from those communities. We understand the struggles. But it was really after I read Power to the Public [by Hana Schank and Tara McGuinness] that it really clicked. I was like, ‘Oh, this is a thing that other people are doing and that we're doing, too.’ It's really fascinating and wonderful to see how—as diverse technologists—we can help scale social justice work, and we can help scale the impact of these really phenomenal nonprofits that are serving people who we know and care about.

Q: What are the most important lessons you’ve learned during your public interest tech work?

Magnus-Aryitey: What is really core to success in this field is to make it human-centered, and continually take steps to keep it human-centered. Working with technology, there's just an overwhelming pull to get excited about the next new technology. But then when you focus on the human in the work, and the people that you're trying to solve, it really reframes it.

It becomes not so much about working with this new tool or this new technology that is personally exciting, but about building a product that is effective and that serves the purpose you are ultimately trying to work for. That brings deliberation and intentionality to our work. We really strive to be iterative, to include communities in our process, to be intentionally collaborative in that way, and not to kind of get wrapped up in cool technology.

Magnus-Aryitey: My typical day is helping to collaborate with the director of programs to run courses. I’m also focused on how we get this opportunity in front of more people who would be interested. We also work a lot with nonprofits to understand their needs around technology—if they're looking for a solution and what's the minimum viable product that we can we can create for them?

It's a lot of a lot of conversations during the day, which really energizes me. It makes the day fly by when I can hear about the things that people are working on, who they're serving, how they're impacting their community. And then to realize that we can build a mobile app like [we did for] Facemask Warriors or NC Fair Chance that will help them immediately scale the work that they do—just the impact alone is phenomenal.

Q: Do you have advice for other people looking to make a similar difference with PIT?

Magnus-Aryitey: The potential of technology is colliding at this moment in time with the horrors of technology. We're at a point where we realize that the social ills and the social injustices can either be exasperated by tech, or they can be alleviated by technology. We all have to make that intentional decision. Are we going to alleviate these problems with technology? Are we going to be part of the folks who are using technical knowledge to solve these kinds of complex problems in ways that are scalable, and that create better outcomes for everybody? I would encourage young people to realize that there is an urgency to this work, and that this really is a pivotal moment in time to align technology with our higher social good.