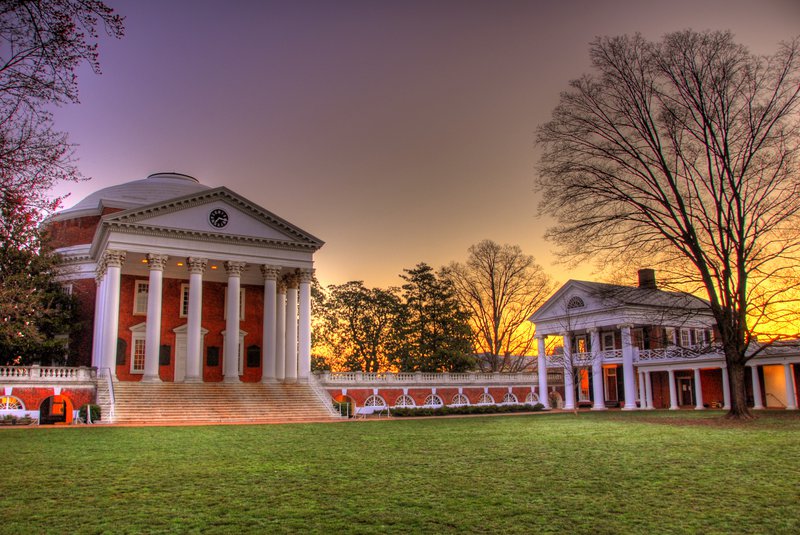 This story is part of PIT UNiverse, a monthly newsletter from PIT-UN that shares news and events from around the Network. Subscribe to PIT UNiverse here.

Playwright Henrik Ibsen coined the phrase, “A picture is worth a thousand words.” The University of Virginia, one of New America’s recent Public Interest Technology University Networks grantees, is a living example of this. Barbara Brown Wilson, associate professor of urban and environmental planning at the UVA School of Architecture and co-founder and faculty director at the UVA Democracy Initiative Center for the Redress of Inequity through Community-Engaged Scholarship—more commonly known as the UV Equity Center and Michele Claiborne, the Center’s director of equitable analytics, along with their team created a tool that helps visualize inequity and opportunity using data, and the results are poised to change the world.

The program, according to the school, “serves as a data and policy tool for leaders and advocates to advance a more equitable community while helping citizens hold decision-makers accountable.” It got its start in October, 2018 with a two-year, $150,000 planning grant to support the collaboration using publicly available data from the census, various government agencies such as the Centers for Disease Control, and open data resources from local communities. While the preliminary work was solid, Claiborne says they realized they needed more money and a deeper connection to the community to take it to the next level.

“We'd done some groundwork on building—with various partners and collaborators—around our community equity atlas prototype, and we felt like it was at a point where we really needed to kind of take it on the road and help members of our community. Not not just the grass tops but the grassroots folks so they can have access to giving us input and feedback and voice about what we're doing in ways that we can make it better,” Claiborne says. “The PITUN Network Challenge was an opportunity to get grant funds that would help us literally go out into the community and compensate people for their expertise, wisdom, and experience they're sharing with us to make the equity atlas truly collaborative and truly collectively owned.”

It’s crucial to the center’s purpose to have community engagement because, as Wilson explains, if you share power and, by necessity, you share resources with people with lived expertise on inequity it's going to be fundamentally more relevant to taking action on the redress of inequity.

“The premise is that you're always having people that have lived expertise at the table. Those in the grass tops are not typically the people with lived expertise. They're people that have a full time job supporting those people who are still struggling to overcome the structural racism that our work aspires to push up against and redress,” Wilson says. “Our entire structure is about trying to share power and share resources. And, and so for us resources that compensate our partners that otherwise couldn't be at the table for their time.”

One example is the team’s work overlaying data about where parks and trails are and the location of children living in poverty. “There’s not a lot of overlap between the two. The parks are really far from the children without a lot of resources,” Wilson says. “Even just making a simple map like that has been very powerful to affect conversations about investments.”

Wilson and Claiborne took their initial inspiration from the city of Portland, Ore., which in 2007 launched one of the first equity atlases. That tool collected a variety of public data such as demographic data, income, age, access to healthy food and housing, proximity to parks, nature, and transportation, and community resources. That data was made visualizations and maps, which allowed constituents and policymakers to see “the intersectionalities and disproportionality—the inequities that were patterns across the city, and so that they could then work to redress them,” Wilson says.

That work happened over a decade, and was shared with other communities looking to build equity atlases. It was eventually absorbed into the city’s geographic information system (GIS), and it lives today as part of Portland’s main website. UVA still looks to that model for inspiration, says Wilson, citing its iterative approach. “It is much more in line with our power sharing goals, and a coalition approach where it's iterative. One of the things that makes Michele's work really special is that she wants to build a tool that is humble enough to be iterative so you feel like you can contribute to it because it's not already flashy and done.”

To that end, all the code for the UVA Equity Atlas is on GitHub, and the team is looking forward to getting input not just from the community but also from younger citizens and students, Claiborne says. Her team wants others to be able to build on what it has done within the community or in other communities and bring in youth to work against the ongoing challenges.

“We want the work that we do, the data we're trying to elevate, and the stories we're trying to elevate to be meaningful, usable, and understandable to everybody but most especially to those who have most historically been harmed by the use of data. I think that's one of the real challenges of openness,” she says. “One of the things that I don't want is to contribute to a tool that only folks already who have power can access and use.”

Just because you say something is open doesn’t mean that it is accessible to everyone or even useful, she adds. “We want people to help us see those blind spots and help us help—how can this be more useful, and what do we need to add? How do we need to change it? Or if someone feels fundamentally something we're doing is harmful? Tell us to stop.”

Going forward, the equity lab will work directly with UVA’s Youth Action Lab to bring local middle and high school students into the process, with the hopes of mentoring and introducing them to STEM careers. And hopefully, some of those students will continue the work, Wilson says. “What I get excited about is when I have students in my classes who will say, ‘I didn't realize I could use my data engineering in these ways, and this is what I want to do with my life. I didn’t know I could combine my career goals with my goals of being a better citizen and making the world a better place for others.’”