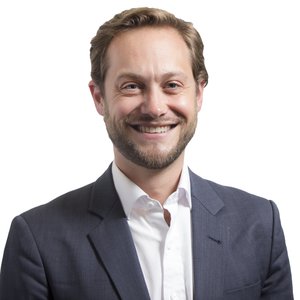 Travis Moore is the founder and director of TechCongress, which was previously based at the Open Technology Institute at New America until 2021. TechCongress connects Congress to technology talent, training, and ideas and organizes the Congressional Innovation Fellowship.

Moore worked on Capitol Hill for six years and was the legislative director for Rep. Henry A. Waxman, helping guide his work on technology, health care, and the environment. He founded Congress’ first digital communications fellowship and the institution's first Congressional staff conference. In partnership with NYU's GovLab, he developed the Legisletters platform, which captures and centralizes the policymaking letters sent by members of Congress.

Prior to his time in Congress, he worked at the United Nations Foundation and for Sen. Tom Daschle on his 2004 campaign. He holds a master’s in contemporary European Politics from the University of Bath (U.K.) and a BS in marketing from Miami University. He spent the better part of four years after undergrad backpacking around the world and also serves as a professional development trainer for New Leaders Council. You can find him on Twitter @TravisMoore.