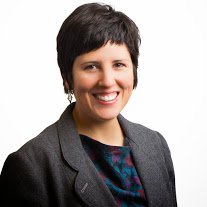 Steph Alarcon was a senior technologist with the M-Lab project, helping to build a measurement framework for the Internet. As the global network has grown from a curiosity to a near-ubiquitous presence, so has the need to understand its power, its inequities, and its unknowns.

Alarcon stumbled into the tech world just before the Dot Com boom and became fascinated with Open Source almost immediately. While working as a systems administrator, she spent her free time with community radio advocates, media activists, and makers/hackers/DIYers of many stripes. With one foot in the server room and the other in grassroots organizing, she learned how to critique tech culture and has strong interests in diversity and environmental sustainability in tech.