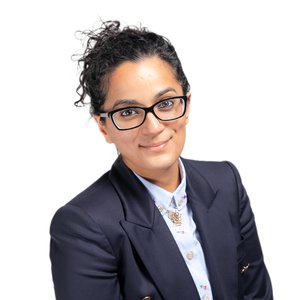 Sonya Passi was a 2018 New America CA Fellow and the Founder & CEO of FreeFrom, the first and only nonprofit organization in the US that focuses on long-term safety for survivors of gender-based violence. FreeFrom helps survivors win compensation, build and repair their credit, and earn income through small business entrepreneurship and living wage employment. FreeFrom is groundbreaking, revolutionary and shifting the paradigm of the gender-based violence movement. FreeFrom’s work has been featured in Marie Claire, NowThis, The Guardian, CNN, Fast Company and Refinery29.

Sonya has been a domestic violence activist since she was 16 years old. At the age of 23, she launched the Family Violence Appellate Project while in her second year of law school. Based in Oakland, California, FVAP is the first and only organization in California to provide pro bono appellate legal services to survivors of domestic violence and has fundamentally transformed the legal landscape in California in just 5 years. For her work with FVAP and FreeFrom, Sonya was recognized in the Forbes 30 Under 30 Class of 2017.

Prior to launching FreeFrom, Sonya worked in the capital markets division at Morgan Stanley. She received her J.D. from UC Berkeley, and MPhil and B.A. from the University of Cambridge (Trinity College).