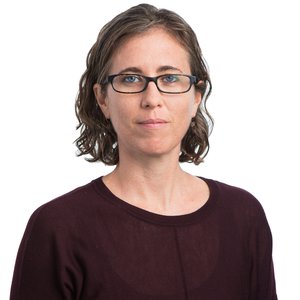 Ryan Gerety is a senior field analyst at the Open Technology Institute, where she continues to work at the intersection of technology and social justice both domestically and internationally. She has worked extensively with community groups and municipal agencies to use data to empower communities and catalyze public policy change. Previously, Gerety was the associate director of Research at Social Compact, where she organized stakeholders around innovative community research. She has worked as a programmer and analyst for a number of nonprofits, startups and academic institutions. Gerety continues to work with human rights monitors and activists in Syria, where she has been involved for a number of years.

Originally from New Mexico, Gerety holds a Bachelor of Computer Science with an emphasis on complex adaptive systems, and an M.A. in political science with a focus on the political economy of development and social movements in Latin America.