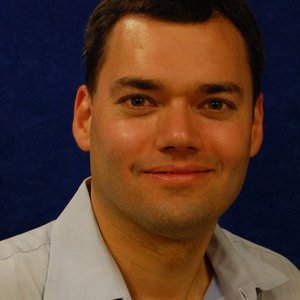 Peter Beinart was a fellow in New America's International Security program and a 2012 Bernard L. Schwartz Fellow with the New America Fellows Program. He is Associate Professor of Journalism and Political Science at The City University of New York and Senior Political Writer for the Daily Beast-Newsweek. His first book, The Good Fight: Why Liberals—and Only Liberals—Can Win the War on Terror and Make America Great Again, was published by HarperCollins in 2006. His second book, The Icarus Syndrome: A History of American Hubris, was published by HarperCollins in 2010. His latest book, The Crisis of Zionism, which expands his New York Review of Books essay, “The Failure of the American Jewish Establishment,” will be published by Times Books in April 2012.

Beinart has written for the New York Times, the Wall Street Journal, the Financial Times, the Boston Globe, the Atlantic, Time, Slate, Reader's Digest, Die Zeit, Frankfurter Allgemeine Zeitung, and Polity: the Journal of the Northeastern Political Science Studies Association. The Week magazine named him columnist of the year for 2004. In 2005, he delivered the Theodore H. White Lecture at Harvard's Kennedy School of Government.

He has appeared on NBC's Meet the Press, ABC's This Week, Charlie Rose, the McLaughlin Group, the Colbert Report, MTV, CNN, Fox, MSNBC and many other television and radio programs. Beinart graduated from Yale University in 1993, winning a Rhodes scholarship for graduate study at Oxford University. After graduating from University College, Oxford with an M.Phil in International Relations, Beinart became the New Republic's managing editor in 1995. He became senior editor in 1997, and from 1999 to 2006 served as the magazine's Editor. Beinart was a Senior Fellow at the Council on Foreign Relations from 2007 to 2009.

He lives in New York with his wife and two children.

The Crisis of Zionism