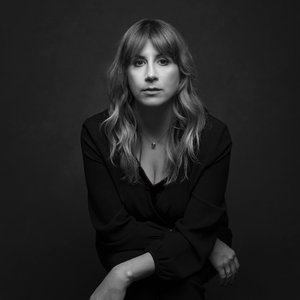 Lauren Zabierek is a fellow and advisor of the #ShareTheMicInCyber project at New America. Zabierek is the Executive Director of the Cyber Project at Harvard Kennedy School’s (HKS) Belfer Center and earned her MPA from HKS in 2019. She runs a policy-relevant cybersecurity and technology policy research program with students and nonresident fellows. Her work focuses on strategic, national security issues in cyber and tech—ranging from international conflict, cooperation, and norms to domestic collaboration, diversity, privacy, and supply chain issues.  She is also the first woman participant in the Elbe Group discussions on cybersecurity, having been a part of the cyber-focused dialogue in 2019 in Stockholm, Sweden and again in 2021 virtually.

Lauren is the co-founder of the online social media movement called #ShareTheMicInCyber, which aims to dismantle racism in cybersecurity and privacy. #ShareTheMicInCyber started as an online conversation on Twitter and LinkedIn but has become so much more--it is breaking down barriers in the cyber industry through individual and collective action. Since its inception, the movement has garnered over 100 million Twitter impressions and featured participation by the nation's cyber leaders.

Lauren served as an intelligence officer in the United States Air Force at the beginning of her career.  Later, as a civilian intelligence analyst with the National Geospatial Intelligence Agency (NGA) assigned to the Office of Counterterrorism, she completed three war zone deployments. Throughout her six years at NGA, she became a subject matter expert on Activity Based Intelligence (ABI) and served as an adjunct professor in ABI at the NGA college.

After leaving NGA, she joined the cybersecurity threat intelligence startup Recorded Future, and was instrumental in building its Public Sector business practice. In her role as a Senior Intelligence Analyst, she fused intelligence methodologies with cybersecurity and machine learning technologies to help public and private sector customers improve their cyber posture.  She also managed a team of analysts and worked alongside the Product Management and Training teams to improve her customers' experience with the software.

A Gold Star Sister, Lauren is committed to supporting families of the fallen and has volunteered several times as a mentor with the Tragedy Assistance Program for Survivors (TAPS).  She also co-founded the Recorded Future Women's Mentorship Initiative, helped to start a women's initiative at NGA, and is a member of the NatSecGirlSquad.  She is also a Visiting Fellow at George Mason University’s National Security Institute and a Nonresident Fellow at New America.  She has appeared on television, radio, and numerous podcasts.