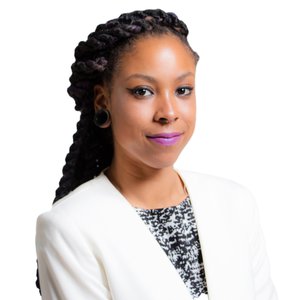 Katherine Ortiz was a program associate for New America NYC’s Resilient Communities project. In this role, she helps communities become more resilient by training them to build their own mesh network infrastructure.

Previously, Ortiz was part of the Red Hook Initiative’s Digital Stewards program, where she helped build a wireless mesh network after Hurricane Sandy. With the help of the Open Technology Institute and Brooklyn Fiber, the Red Hook Digital Stewards were able to build out successfully a network that worked and provided the community with free Internet service and local community information on the network’s splash page. During her stewardship, Ortiz also interned with Brooklyn Fiber as their main wiring worker. After both the Digital Stewards program and Brooklyn Fiber, Ortiz went on to become one of the Code For Progress fellows. Code For Progress is a nonprofit organization that offers formalized coding training programs to women and people of color. They are based in Washington, D.C. and work with students, professionals, and organizations nationwide. There, she learned how to write computer code and build web applications, and then use those skills to help with issues in her community.