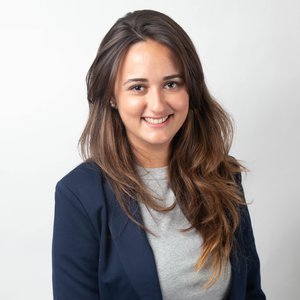 Chayenne Polimédio was a fellow with the Political Reform program at New America. Polimédio has been investigating the role that sacred places, as civic institutions, play in American society. By researching how faith and religious institutions succeed or fail to promote a healthy, inclusive, and equitable democracy, she hopes to gather lessons and approaches (old and new) that can be applied to other civic engagement organizations. Polimédio has written for Foreign Affairs, Vox, the Atlantic, Quartz, the Washington Monthly, and other publications.

Prior to working at New America, she was a Junior Fellow at the Carnegie Endowment for International Peace in D.C. There, she conducted researched on the rule of law in various countries, systematic corruption as a threat to national security, and perceptions of inequality and their correlation to insurgent behavior. Prior to Carnegie, Polimédio worked for the United Nations Population Fund in New York and the Greek Consulate in Brazil. Originally from São Paulo, she is an honors graduate of Indiana University-Purdue University Fort Wayne where she studied Political Science.

The Rise of the Brazilian Evangelicals

Churches Are Forging Connections Beyond Worship

Brazil Has a Donald Trump, and His Chances at the Presid ...