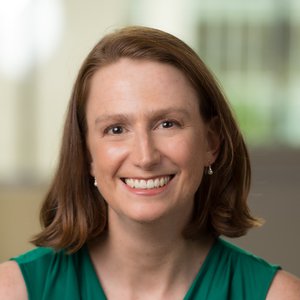 Amanda Lenhart was the deputy director of the Better Life Lab at New America. She is a nationally recognized expert on how families use, think about, and manage digital technologies.

For nearly two decades she has studied families and the young people within them, looking at how technology changes their lives and how they think about important civic issues. Before coming to New America, Lenhart worked as a researcher at AP-NORC Center for Public Affairs Research and the Data & Society Research Institute. She also spent 16 years at the Pew Research Center. While there, as associate director for research, she oversaw quantitative and qualitative research on how young adults, teens, and families use technology. At Pew she wrote more than 30 reports for the Center’s Internet Project, including Teens, Technology and Friendships, Teens, Technology and Romantic Relationships, and Teens, Social Media and Privacy.

Lenhart also regularly speaks about her work to policymakers, at conferences, and to a range of print, broadcast, and digital news media outlets, including the New York Times, Washington Post, the NewsHour, and NPR’s "All Things Considered" and "Morning Edition." Lenhart has testified before congressional subcommittees, the Federal Trade Commission, and the U.S. States’ Attorneys General. She taught at American University and served on the international advisory board for the EU Kids Go Online 2 Project, a 33-country research project based at the London School of Economics. Lenhart currently serves on the media and communications advisory board to the Society for Research on Adolescence and is an affiliate of the Berkman Center for Internet and Society at Harvard University and the Data & Society Research Institute in New York.

Lenhart holds a BA with a double major in English and anthropology from Amherst College and a MA in communications, culture and technology from Georgetown University. Lenhart, a D.C. native, is the parent and step-parent of 4, six if you count the cats.