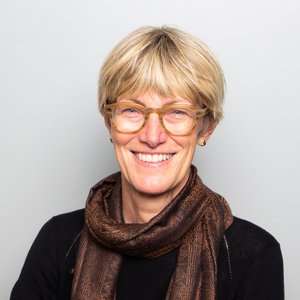 Allison Stanger is a fellow in New America's Cybersecurity Initiative. She is also the Russell Leng ’60 Professor of International Politics and Economics at Middlebury College, Technology and Human Values Senior Fellow at Harvard University’s Edmond J. Safra Center for Ethics, and an External Professor at the Santa Fe Institute. She is the author of Whistleblowers: Honesty in America from Washington to Trump and One Nation Under Contract: The Outsourcing of American Power and the Future of Foreign Policy, both with Yale University Press. She is working on a new book tentatively titled Consumers vs. Citizens: Social Inequality and Democracy’s Public Square in a Big Data World. Stanger’s writing has appeared in The Atlantic, Foreign Affairs, Foreign Policy, Financial Times, International Herald Tribune, New York Times, USA Today, and the Washington Post, and she has testified before the Commission on Wartime Contracting, the Senate Budget Committee, the Congressional Oversight Panel, the Senate HELP Committee, and the House Committee on Government Oversight and Reform. She is a member of the Council on Foreign Relations and received her Ph.D. in Political Science from Harvard University.