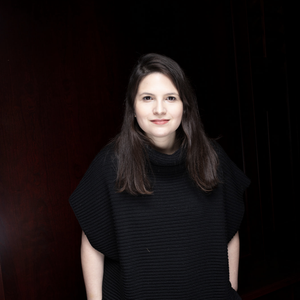 Abigail Seldin is the CEO of the Seldin / Haring-Smith Foundation. At SHSF, Seldin has led the development of SwiftStudent, a free digital tool for college students seeking financial aid appeals. Built in partnership with 18 leading higher education organizations and powered by FormSwift, SwiftStudent has been highlighted as “an equity leveler,” by The Washington Post. Seldin is the co-producer of the New College Majority Photo Series with Getty Images, a new images project highlighting the demographics of today’s college students.

A Rhodes Scholar and Forbes “30 Under 30,” Seldin previously co-founded College Abacus, an edtech company known as the “Kayak.com of college financial aid,” in 2012. Seldin served as the company’s CEO until she led the successful sale in 2014 to ECMC Group. She joined the acquirer as VP of Innovation & Product Development, where she started and led their DC-based innovation Lab, an 80% female technology and design center. Seldin has been profiled in national media outlets including The New York Times, and her work on the Abacus products was highlighted in Secretary John King’s 2016 speech, Opportunity Across America. Seldin is a National Advisor to Ascend at the Aspen Institute, and serves on the boards of Temple University’s Hope Center, Montgomery College Foundation, and the Association of American Rhodes Scholars.