The Cost of Connectivity in Ammon, Idaho 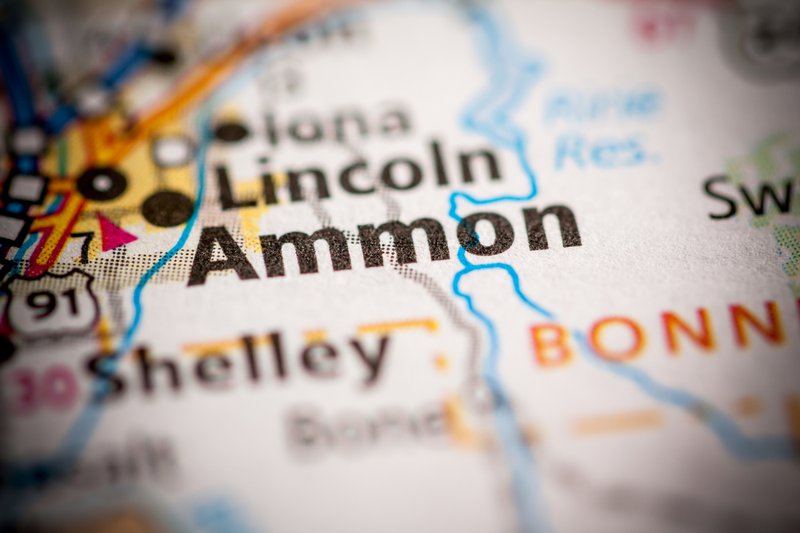 In the late 2000’s, the Ammon City Council in Idaho recognized that private broadband providers alone were not meeting the city’s needs. In response, the city created its own fiber optic network, which now serves the government, businesses, and residents, transforming Ammon into one of the most affordable broadband markets in the country. Across the city, customers are logging into high-speed gigabit connections with advertised prices as low as $9.99/month—faster and cheaper than plans available to many of their neighbors in Idaho and around the country. The Ammon open access network demonstrates that local partnerships between an active municipal government and internet service providers can be successful in providing residents with affordable and reliable high-speed internet.

OTI began reviewing the broadband market in Ammon, Idaho as part of our research for the next iteration of our Cost of Connectivity report. We published previous versions of this report in 2012, 2013, and 2014 to highlight the disparity between what consumers pay for broadband service in the United States versus consumers in peer cities abroad, as measured by retail prices advertised by internet service providers.

To conduct this research on Ammon’s broadband market, we gathered a preliminary list of known internet service providers within the city’s municipal limits. We relied on a variety of publicly-available sources online to gather and verify data on all available standalone broadband plans that we could locate across the city during July 2019. To collect this information, we navigated the internet service providers’ websites and, if prompted, manually entered addresses and zip codes corresponding to real homes in the community. For this process, we used two addresses within the zip code 83406 to gather all available information. These addresses were selected by cross-checking the Federal Communications Commission’s provider data map with publicly available addresses in Google Maps.

Ammon residents are also able to subscribe to broadband plans from retail providers that use the city’s open access network through the Ammon Fiber web portal. Using the demo account credentials provided on the City of Ammon Fiber Optics webpage (under “Who are the internet service providers?”), we were able to log on to the portal and collect data on seven additional plans from Fybercom and Direct Communications (DirectCom) that were not available on their individual websites.

The data we compiled on Ammon is a near-comprehensive effort to include all available broadband plans that were listed publicly on the internet service providers’ websites and the Ammon Fiber web portal at the time of collection. We included 12 plans from the city’s web portal, omitted three plans from Fybercom that were advertised for home business use, and omitted one plan from QWK, a $49.88/month 1000 Mbps offering that appeared to be a higher-priced duplicate offered by the company. Other plans may be available, and all analysis in this blog post is limited to the 31 plans included in our dataset (see Appendix). Our dataset does not necessarily represent the available plans for the city as a whole, as certain plans may not be available in all locations.

Note: Not every broadband plan listed information on each aspect that we were gathering data on; the lack of data is signified by “no data” or a “—” in our data visualization. Some providers stated that certain aspects were not applicable to their offerings, which is noted in our dataset. As in previous years’ studies, all data collected reflects advertised costs that a new customer would pay and advertised speeds from internet service providers. The price as advertised may in some cases include taxes, but providers did not always disclose this information.

Ammon’s journey to creating an open access network dates back to the late 2000’s. The city began planning a municipal fiber network in 2008 for the city government’s internal use, after realizing that doing so would save money compared to contracting with a local commercial provider for equivalent services. Though the network cost $1 million to build, it would save Ammon $70,000 annually. Later, when the network expanded to serve government, businesses, and residents, a 2017 Strategic Networks Group report estimated that the open access network could save the city and its schools, businesses, and residents approximately $43.6 million over a 25-year period.

In February 2011, Ammon adopted an ordinance establishing a city-owned and -operated fiber optic system. Private providers can pay the city to use the fiber to offer broadband service to customers over the network. By providing broadband providers open access to the system, the city hoped to foster competition in the market and “eliminat[e] anti-competitive pricing schemes or monopolistic practices which contribute to higher costs for broadband services.”

At first, the network only brought internet access to government buildings and businesses. As of June 2016, Ammon had built about 30 miles of fiber connecting public and private schools, government buildings, and about 40 businesses to broadband. To access the network, business owners pay an upfront cost of a few thousand dollars for construction and then purchase broadband access from one of the private providers offering service over the network. The city also charges users a monthly utility fee of $16.50 to operate and maintain the network.

In 2016, the city began building a residential network offering fiber-to-the-home service. Ammon funded this residential rollout through a local improvement district model, where residents in selected neighborhoods can opt in to buy broadband from providers using the new network. If residents choose to opt in, they are charged a one-time fee of $3,000 to $3,500 to receive a fiber connection to their home, which, if they opt in while construction is ongoing in their district, can be paid upfront or amortized over 20 years as a special assessment tax on their property—if they opt in after construction is completed, they must pay the one-time fee upfront. They purchase an eligible plan from a provider that uses the city’s network, and, like all users of the city’s network, are also charged an additional monthly utility fee of $16.50 paid to the city on top of the monthly price paid to the provider.

As of July 2019, Ammon residents could receive broadband over the city’s open access network by signing up for eligible plans with four different broadband providers: DirectCom, Fybercom, QWK, and Sumo. Alternatively, if a resident opts not to buy broadband services from a provider that uses Ammon’s open access network, they can go through a private provider like Sparklight or CenturyLink.

Our research demonstrates that municipal broadband networks can have a positive impact on their communities. Municipal networks, often managed and operated fully or partially by local governments, exhibit a high level of responsiveness to consumer needs and lower prices than larger internet service providers such as AT&T and Comcast. Municipalities also prioritize tangible infrastructure goals, including connecting entire cities and developing community anchor institutions as centers for innovation and technology literacy. In Ammon, city officials worked with community stakeholders and partners to develop a local solution to a local problem. Their project began as a variety of small projects, including efforts to connect public schools to advanced public safety grids, and has since grown into today’s thriving open access network. When local communities guide long-term planning for digital networks, they benefit greatly.

The Ammon City Council recognized that its community’s density and location did not create incentives for private internet service providers to set up shop. According to the 2010 Census, Ammon is home to 13,816 residents spread across approximately 7.27 miles. This relatively low population meant that while the cost of deployment would not change significantly for a provider, the number of potential customers across whom the costs could be spread is small. To solve this problem, Ammon approved a city-owned and -operated open access fiber optic network. This network allows for any service provider to enter the market without incurring the burdensome costs of infrastructure deployment, which is the biggest cost for a new entrant. Normally, costs associated with deploying telecommunication technology, specifically fiber optic cables, are cited by internet service providers large and small as a major prohibitive factor for expanding their networks. Ammon’s network lowers this barrier for new entrants. As the owner and primary cost-bearer of the physical fiber optic network, Ammon’s fiber optic utility facilitated the entry of small regional internet providers into the market to deliver internet plans to residents at competitive prices. With this cost removed, a more diverse group of internet service providers can enter the market and provide residents with better options for broadband access.

The overall market offerings operated by a combination of national and regional internet service providers in Ammon allow consumers to make personal choices in budgeting and selecting plan features without sacrificing quality of service. Customers in Ammon can select from 18 different plans that meet the Federal Communications Commission’s minimum service definition for high-speed internet access: 25 Mbps download/3 Mbps upload speeds (we omitted the Fybercom 50 Mbps download plan from this count due to the lack of data on the plan’s upload speed). At the highest speed tier, 1000 Mbps, the least expensive offering is a plan by Fybercom on Ammon’s open access network for $9.99/month, and the most expensive is a plan by Sparklight for $125/month. Fybercom’s plan demonstrates how an open access network can help facilitate significantly lower prices for consumers. Even after accounting for the resident’s monthly utility and construction fee—which would bring their monthly broadband costs to about $48.49, using the averaged cost of construction paid as a $22 monthly fee, as listed on Ammon Fiber Optics’ FAQs Page—Fybercom’s plan costs a few dollars more than a third of Sparklight’s. By cultivating a market with more affordable broadband options, this municipal network helps mitigate cost, one of the most commonly-cited barriers to broadband adoption.

Another element of Ammon’s success is the flexibility residents enjoy in signing up for broadband service. None of the plans that we looked at in Ammon specified contract length requirements, and just one provider, SpeedConnect, listed a contract termination fee. Nationwide, consumers are often locked into service contracts for 12 to 24 months. As a result, internet service providers can be less incentivized to respond to complaints, relying on termination fees to deter consumers from seeking better service elsewhere. Though we cannot say with certainty that no provider in Ammon requires customers to sign up for contract length requirements, the plans we found in our dataset suggest that Ammon residents are largely not subject to contracts guaranteeing their business to providers on an annual basis, leaving them free to switch providers at will. Additionally, Ammon’s fiber optic utility runs an exclusive portal for residents where they can browse, subscribe, and unsubscribe from all available internet service providers on the network from one central webpage. This portal provides a convenience to customers—the ability to switch providers in seconds with one simple click—that promotes competition.

Alongside competition and equity, the system offered by Ammon provides another key benefit: transparency. OTI has long been concerned that internet service providers fail to provide transparency on broadband pricing to the public and to the Federal Communications Commission. The Ammon model stands in stark contrast to this lack of transparency generally seen in other markets across the country. Ammon Fiber makes pricing and contract information publicly available on its resident portal, though it notes that the city cannot guarantee actual performance or pricing. Ammon’s network provides value beyond monetary savings, in that broadband adoption is encouraged through easily-navigable and transparent processes.

Municipal governments across the country are bringing entire communities online. As we’ve seen in Ammon, municipal broadband networks can facilitate broadband access and adoption through more options and lower prices when private companies aren’t serving community needs. We look forward to putting the value of municipal broadband networks in context against the full scope of broadband options in selected cities in the United States and international peers.

How will the broadband speeds and prices consumers in Ammon pay stack up against consumers in the rest of the nation, or consumers abroad? Stay tuned.