The War on Government and Getting Back to Prosperity 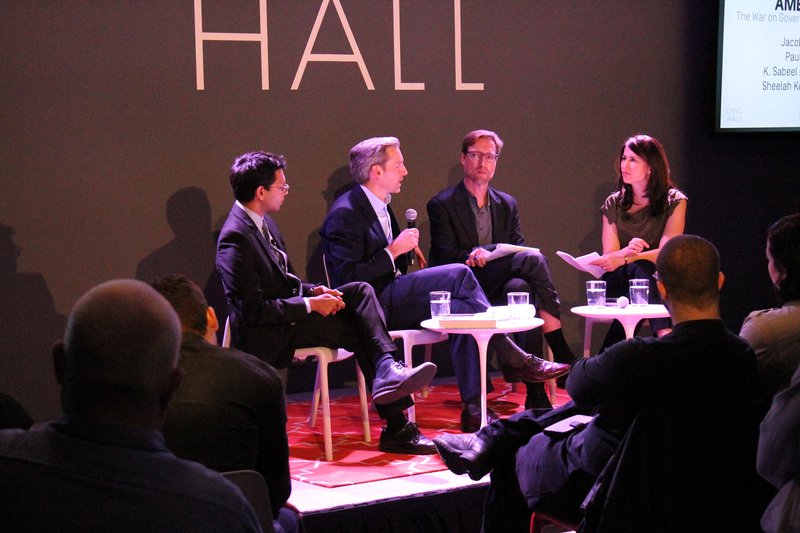 The mixed economy was the most important social innovation of the twentieth century. It spread a previously unimaginable level of prosperity and enabled steep increased in education, health, and economic security. And yet, extraordinarily, it is anathema to many current economic and political elites.Like every other prospering democracy, the U.S. developed a mixed economy that channeled the spirit of capitalism intro strong growth and health social development. In this bargain, government and business were as much partners as rivals. But, according to Jacob Hacker and Paul Pierson's new book, American Amnesia, what's good for business and what's good for Americans has become misaligned. As anti-government advocates of free market fundamentalism have gained power, they are bent on scrapping the instrument of a century of unprecedented economic and social progress.

Join New America and The Century Foundation for a conversation with Jacob Hacker and Paul Pierson, along with Saskia Sassen, K. Sabeel Rahman, and Sheelah Kolhatkar on how to reignite the engine of America's prosperity.

Copies of Jacob Hacker and Paul Pierson's American Amnesia: How the War on Government Led Us to Forget What Made America Prosper will be available for purchase. Join the conversation online using #AmericanAmnesia and by following @NewAmericaNYC.

Jacob Hacker
Stanley B. Resor Professor of Political Science & Director, Institute for Social and Policy Studies, Yale University
Co-author, American Amnesia: How the War on Government Led Us to Forget What Made America Prosper

Paul Pierson
John Gross Professor of Political Science, University of California at Berkeley
Co-author, American Amnesia: How the War on Government Led Us to Forget What Made America Prosper

This event is presented in partnership with The Century Foundation.