At the Intersection of Labor, Employment, and Antitrust Law 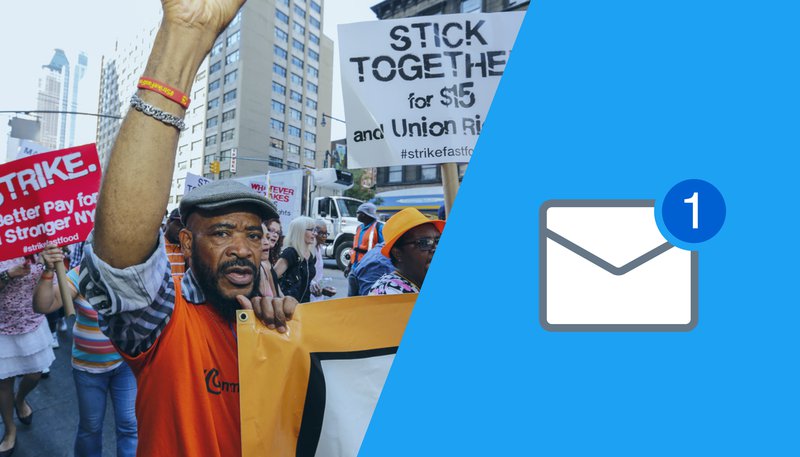 A lot has been happening on the labor beat as of late. Despite the lack of mandatory fees and formal collective bargaining rights for unions in the state, public school teachers in West Virginia went on a nine-day strike starting in late February, successfully securing all five of their demands just last week. Media coverage has focused primarily on the health insurance and pay raise wins, but the teachers also defeated an expansion of charter schools, a proposal to eliminate seniority, and a paycheck-protection bill aimed at weakening unions by eliminating the union dues payroll deduction.

The last item in particular is related to a pending Supreme Court case; the Court in Janus v. American Federation of State, Municipal, and County Employees will soon weigh in on the constitutionality of requiring government workers to pay union fees for unions that represent them, even if the government worker is not a member of the union. The case is expected to have ramifications that would further curtail unions’ budgets and negotiating power against corporations.

Against this anticipated blow to unions, the teacher strike in West Virginia is an example of how workers may continue to organize. Typically, the rights protected by the National Labor Relations Act (NLRA) include collective bargaining, but these rights do not extend to public sector employees or independent contractors. Instead, the ability of these employees to collectively organize has been regulated by antitrust law.

The role of antitrust liability for collective action has been well documented. Late nineteenth-century courts initially ruled in favor of the federal government’s argument that the strike organized by unions belonging to the Amalgamated Council violated the Sherman Antitrust Act by engaging in a conspiracy to restrain trade in U.S. v. Workingmen’s Amalgamated Council (though the federal government ultimately withdrew its suit several years later in the appeal).

While Section 6 of the Clayton Act exempts labor organizations and their members from antitrust liability for lawful actions and Section 20 of the Sherman Act prohibits injunctions against activities such as strikes and boycotts resulting from disputes over terms or conditions of employment, the Supreme Court has affirmed the exclusion of independent contractors from protection under the Sherman Act. In the 1962 case U.S. v. L.A. Meat and Provision Drivers Union, Local 626, the Supreme Court held that allowing independent contractors who collected and sold waste restaurant grease to be union members violated Section 1 of the Sherman Act. In 1999, the Federal Trade Commission investigated the potential participation of a number of individual truck drivers in a price-fixing scheme following their participation in a series of strikes over poor working conditions and low pay. When organizing for decent wages and working conditions may in fact be prosecuted as price-fixing, workers may be significantly deterred from organizing in order to attempt to improve their situation.

At the risk of oversimplification, antitrust law could be understood as balancing the tension between the cultural values of competition and collaboration. Companies compete against one another for customers, and may do so by merging with former competitors. Though companies may compete using joint ventures or other business practices that rely on collaboration from all involved parties, antitrust law defines the extent and legality of that collaboration. As detailed above, antitrust law may also delineate the extent to which certain classes of workers (including independent contractors) may collaborate among themselves and organize for livable wages and better working conditions.

The realities of today are such that the average annual salary of public school teachers in West Virginia ranked 48th in the U.S. in 2016, and 74 percent of Uber and Lyft drivers earn less than the minimum wage in the state where they operate. These statistics in particular support a call for a reevaluation of the ways that labor and employment laws work in conjunction with antitrust law to facilitate the means by which workers can collaborate and advocate for themselves with dignity and respect. After all, livable wages and working conditions may hold more economic, social, and moral value than the law currently affords.

This blog is part of Caffeinated Commentary - a monthly series where the Millennial Fellows create interesting and engaging content around a theme. For March, the fellows have decided to create content around the concept of collaboration. They might be in conversation with interesting folks or choose to explore the ways in which different entities could collaborate for the greater social good.