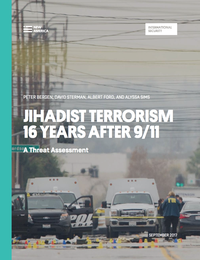 On the 16th anniversary of the terror attacks on September 11, 2001, New America's International Security program assesses the current scope of the jihadist terrorism threat.

This paper is organized into nine sections: