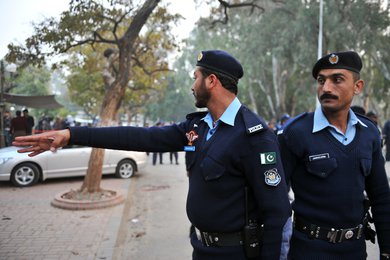 The December 16, 2014 attack on the Army Public School and College in Peshawar, Pakistan which killed more than 150 people, including 133 children, and injured another 120, led many observers to term it Pakistan’s 9/11. The attack elicited overwhelming condemnation from people in Pakistan and around the globe. The condemnations and calls for action aside, the most consequential response in the attack’s aftermath has been the drastic change in the structure of Pakistan’s anti-terrorism laws through the establishment of special military courts for conducting trials for terrorism offenses under the Army Act instead of the Anti-Terrorism Act 1997. This report examines the legal regime for countering terrorism before the recent amendments. It briefly reviews the dismal performance of Pakistan’s 1997 special law. It then examines the constitutional amendments and changes in Pakistani law in the aftermath of the Peshawar attack. It concludes with a discussion of the merits and demerits of these amendments and a set of recommendations for countering terrorism in Pakistan.

Zulfiqar Hameed is a visiting Carnegie Fellow at New America. He has more than twenty years law enforcement and security sector experience in the Pakistan Police Service and multilateral organizations.