Calculating the True Cost of Adaptation in Our Climate-Stressed Future 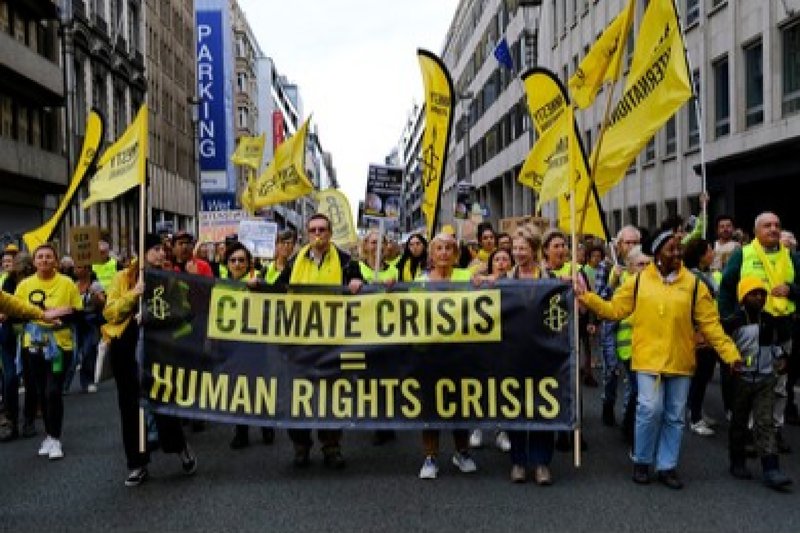 Who will pay? That was the question going into the COP27 UN Climate Change Summit when it kicked off in early November. Representatives from flood-drenched Pakistan to drought-prone Senegal demanded to know how big emitters like the United States, European Union, and China planned to compensate low emitters in the Global South for all the havoc wreaked by a fast-warming planet. The vocal pressure from a bloc of nations most vulnerable to adverse climate impacts resulted in a hard-fought bargain to establish a loss and damage fund that rich nations will, in theory, pay into so that poorer nations can recover from climate disasters. Now the question is: How much will it cost?

The debate over loss and damage financing, in fact, opens a whole new host of questions. How will the price of compensation for climate-related damage be determined? What will happen when rich nations like the U.S. inevitably refuse to pay into the loss and damage fund because of fears that the lack of limits on liability claims could threaten domestic national security interests? How will adaptation factor into the calculus of climate justice? These are all important queries, and they deserve answers. But if the outcomes of COP27 are any indication, we probably shouldn’t expect solutions to emerge anytime soon.

An aggressive push by India for the adoption of a resolution that would have called for a phase down of fossil fuels died on the vine. A proposal to accelerate the timeline for sharply curbing emissions before 2030 when global warming is projected to become irreversible for most fragile ecosystems also failed. Meanwhile, it probably wasn’t lost on many developing nations in the G-77 that one of its legacy members, China, was none too eager to sign-off on the loss and damage agreement. No matter how leaders in Beijing try to spin it, China's industrial advances put it in the same category as other big (and rich) emitters like the United States.

But that’s not the only reason to be skeptical about what a loss and damage fund could deliver. While several Global North countries pledged millions for a loss and damage fund right at the outset of the UN climate summit, there is still much work ahead to determine sources and methods for financing claims. As it is, rich countries are still lagging way behind in delivering on their financial pledges to the $100 billion Green Climate Fund, which was set up to help developing countries pay for the transition to clean energy. Solutions will depend as much on how we manage the geopolitics of transitioning from fossil fuel to renewable sources as it will on how we calculate the costs of adaptation.

The New Math of Adaptation

Reducing pressure on our climate-stressed future requires at minimum that we accurately measure all the impacts of our many failures to date. And, as our friends over at the Igarape Institute recently noted, few of our failures are more epic than our inability to cope with the climate migration and displacement crisis. According to Igarape’s report, roughly 60 million people have already been displaced as a result of food insecurity and livelihood disruptions associated with rising temperatures, floods, and storms.

It’s possible that at some point in the not-too-distant future hundreds of millions more will be forced to migrate across borders in search of greater protection from the impact of climate stresses. As it is, an estimated 20 million people are forced to relocate within their own countries every year due to climate change impacts. By 2050, between 31 million and 143 million individuals will be displaced worldwide due to the effects of rising global temperatures. The crisis is hitting the developing world hardest.

Take the Sahel region for example. In 2021, UNHCR reported increasing tension in northern Cameroon due to competition over the usage of the Logone River, which feeds into Lake Chad. Lake Chad has reportedly lost 95 percent of its surface water, according to UNHCR spokesperson Boris Cheshirkov. In 2022, UNHCR registered over 43,000 Cameroonian refugees in Chad. Conflict in Cameroon has spurred the migration of tens of thousands across the country’s borders and left just as many internally displaced.

Zooming out, over 300 million people live in the Sahel, the roughly 3,670-mile belt below the Sahara running from the Atlantic Ocean to the Red Sea. This region of Africa has one of the fastest population growth rates in the world, with some countries ranging between 2.6 to 3.8 percent annual growth. More than 60 percent of the population is involved in agriculture, but as the global temperature is projected to rise between 2.0 to 4.3 degrees Celsius (3.6 to 7.74 Fahrenheit) by 2080, agriculture and pastoral farming will cease to exist in the way they do now. Communities will be forced to move closer to water sources and locations with more stable climates, resulting in millions of internally displaced persons and refugees.

The Sahel, of course, is not the only part of the planet affected by climate migration. Floods in Pakistan have displaced at least 8 million people. Estimated damage costs from the disaster range from $30 to $40 billion. Pakistan, as the World Bank notes, is not a big carbon emitter but it is on a trajectory for increased emissions due to anticipated population growth and development trends. That’s not the best news given that it could take years for funds to reach Pakistan, and the government has historically struggled to collect sufficient tax revenues to address some of its most urgent adaptation needs. That means local communities in many cases could be left virtually on their own to sort out solutions to problems like degradation of agricultural land, urban crowding, and fossil fuel–reliant transportation systems.

For most people, wherever they are in the world, it is hard to translate these huge numbers and forecasts of massive economic losses into something relatable. But it is pretty obvious that climate financing for adaptation is lagging significantly. Rich countries have pledged only about $11.4 billion for the Green Climate Fund since it was set up 11 years ago. That’s about a tenth of the $100-billion target that was set to be reached by 2020. Underinvestment in climate finance has all kinds of ripple effects that are about more than just retrofitting coal-fired power plants. It takes real money to catalyze local innovation and political will on climate change, not just pledges and half-measures.

Calculating the true costs of adaptation means adopting not only a new kind of math, but a new kind of politics. We’ve often talked about this as investing in “resilience.” But at this late stage in the game, we need to acknowledge that for upwards of 1 billion people, it really could come down to do-or-die survival.