Examining the Crisis in Syria 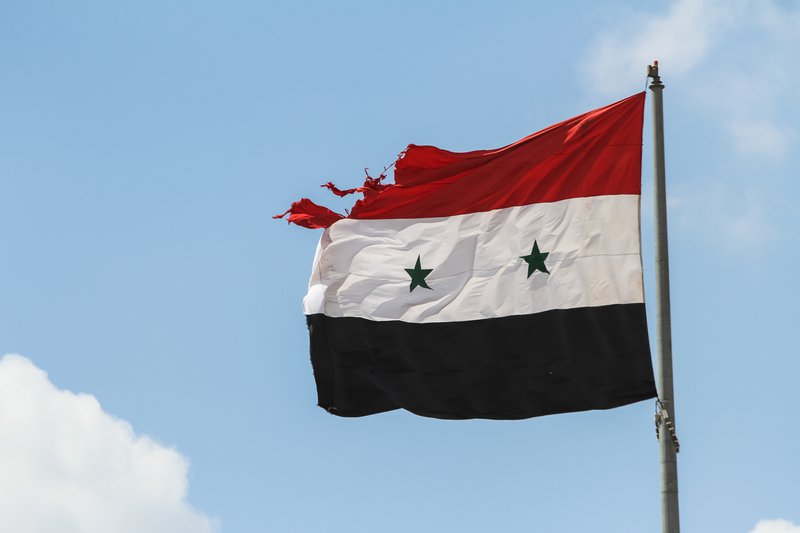 Syria: Should the United States Do More?

Hosted by McCain Institute for International Leadership at ASU

Please note that you must RSVP separately for the McCain Institute Debate.

A livestream of the debate can be accessed at www.mccaininstitute.org/live.

Over the past three years, popular political protests in Syria led to mass state repression and the country’s descent into a devastating civil war. Over 190,000 people have been killed, countless more injured, and entire towns demolished. Nearly half of Syria’s 22 million people had fled their homes, either as refugees or internally displaced persons. The human cost of this conflict is extraordinary and the world’s great powers remain divided on coordinated international action, even as the situation has expanded to become a major regional conflict.

For some time, public U.S. debate and discussion on the Syrian crisis has been limited and presented in a binary fashion, as a choice between robust military action or marked disengagement. Then, in mid-2014, as the conflict significantly impacted Iraqi national security, the U.S. and a collection of allies began a series of focused military activities. The situation remains uncertain and there is a lack of consensus regarding U.S. policy objectives and strategy regarding the crisis in Syria.

This conference brings together experts on international law, the documentation of atrocities in Syria, reporting on the conflict, engaging social media, assessing the humanitarian and psycho-social impact of the war, and imagining more comprehensive solutions.

Following the conference is an evening debate on U.S. policy in Syria hosted by ASU's McCain Institute for International Leadership at ASU.

Click here for more information on the McCain Institute Debate.

Please also note that live streaming will be available for all portions of the conference. Links and information on how to watch the conference live will be accessible on the event webpage by January 14.

This panel outlines the current data and patterns regarding atrocities committed in the Syrian crisis and analyzes these events in relation to international human rights and humanitarian law along with a review of current and future efforts to ensure accountability for these violations.

This panel provides an overview of how the Syrian crisis has been covered by the U.S. and international media.

This panel reviews the scope of the regional humanitarian crisis, considering issues of refugees, internally displaced persons, the situation of women and children, and the psychological impact of the conflict and considers current policy responses.

This panel considers a number of specific policy actions to address the crisis in Syria, including strategies of regional political coordination and military action.

Joshua Landis
Director of the Center for Middle East Studies and Associate Professor, The University of Oklahoma College of International Studies

Elise Labott
CNN Arizona State University has developed a new model for the American research university, creating an institution that is committed to excellence, access and impact. ASU pursues research that contributes to the public good; and ASU assumes major responsibility for the economic, social and cultural vitality of the communities that surround it.

We would like to thank the members of the ASU and New America teams who are helping to support this event. We would also like to especially acknowledge and thank the Syrian American community in Phoenix, Arizona who have helped to advise the event.

For more information or to learn ways to support the conference, please contact Kathryn Scheckel, Office of the President, Arizona State University by email at Kathryn.Scheckel@asu.edu.