Leaving the Dark Side 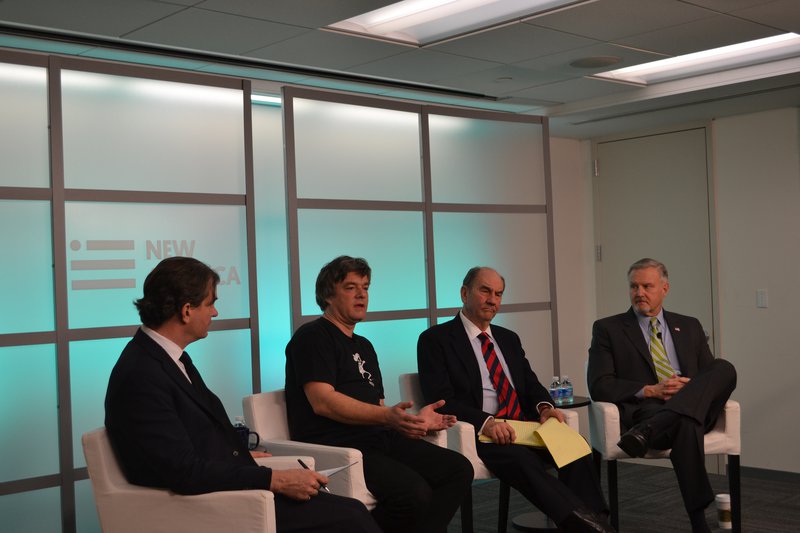 On January 22, 2009, just days after becoming president, Barack Obama issued Executive Order 13492, ordering the closure of the detention facilities at Guantanamo Bay, Cuba. Yet nearly six years later, while some detainees have been transferred to other locations, the prison remains open and 127 men are still being held. In fact, Sunday, January 11, will mark the 13th anniversary of the prison’s creation.

With the Obama presidency now nearing its end, New America is pleased to welcome U.S. Air Force Col. (ret.) Morris Davis, a former chief prosecutor of the detention facility’s military commissions; Thomas B. Wilner, a lawyer with Shearman & Sterling LLP, who was the Counsel of Record to Guantanamo detainees in the two U.​S.​ Supreme Court decisions that established their right to habeas corpus and in the case that established their right to counsel; and Andy Worthington, a journalist and the author of The Guantanamo Files: The Stories of the 774 Detainees in America's Illegal Prison, for a discussion about what can or can’t be done in the next two years, and whether President Obama’s promise will ever be fulfilled. The panelists will also debate the ramifications of the Senate Select Committee on Intelligence’s report investigating the CIA torture program and what they may mean for the men left inside Guantanamo.

*Copies of the book will be available for sale at the event. *

Andy Worthington Author, The Guantanamo Files: The Stories of the 774 Detainees in America's Illegal Prison Co-Director, Outside the Law: Stories from Guantanamo @GuantanamoAndy