Whither the Pakistani Taliban: An Assessment of Recent Trends 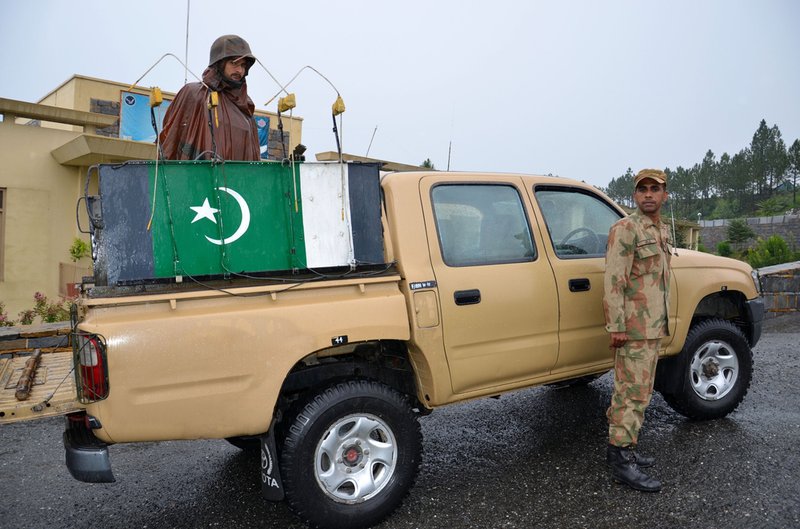 On July 23, a United Nations Security Council report about the presence of thousands of “Pakistani foreign terrorist fighters” in Afghanistan and their capability to carry out attacks inside Pakistan provided an alarm signal for Pakistan, which only just achieved some degree of normalcy after witnessing its worst bout of terrorist violence for almost a decade.

“The total number of Pakistani foreign terrorist fighters in Afghanistan, posing a threat to both countries, is estimated at between 6,000 and 6,500, most of them with TTP,” reads the report, which also stated that member states expect the Tehrik-e-Taliban Pakistan [TTP] and its various splinter groups will align themselves with Islamic State in Khorasan [IS-K].

The TTP is an umbrella for several jihadi and sectarian groups that emerged in Pakistan’s tribal region during and after the rule of the Taliban regime in Kabul. This loose but highly effective alliance was forged in late 2007 with Baitullah Mehsud, an Afghan war veteran from Waziristan’s Mehsud tribe, as its first Ameer or leader.

Having once seized control of most of the Waziristan region, and carried out complex operations from Peshawar to Karachi and Lahore, the TTP was seen as an existential threat in Pakistan’s policy circles until 2014.

However, the killing of the TTP’s top leadership in remotely-operated U.S. drone strikes followed by tribal and leadership disputes damaged the TTP morale. The final blow to the TTP’s position as a major threat to Pakistan was struck by Pakistan’s massive military operation Zarb-e-Azb in June 2014 that not only shattered the TTP’s command and control structure in the tribal region, but also forced the group to take refuge across the border in Afghanistan’s east.

Since then, the TTP has been operating as a group in exile and although it carries out attacks in the tribal areas and cities from time to time, it has almost lost the ability to carry out complex operations or hit any high value target in Pakistan.

Yet even as the TTP has suffered major blows to its capabilities since 2014, it is beginning to regroup. It has not yet regained its previous strength, and the Pakistani government remains capable of disrupting it. However, that capability depends upon the state paying close attention to the threat, and a longer term solution requires the addressing of issues that give rise to grievances in the tribal areas.

The TTP suffered a serious blow when a U.S. drone strike killed its chief Hakimullah Mehsud in November 2013. However, the real damage was not Mehsud’s death but the tribal and leadership crisis that followed it.

Several factions parted ways with the group when the 40-member TTP shura, the group’s decision-making body, appointed Mullah Fazlullah, a non-tribal and non-Mehsud leader, as Ameer of the umbrella organization. Fazlullah, also known as FM Mullah, was the leader of the TTP in Pakistan’s Swat district, an area known for its tourism industry, until the group was expelled from the area by the Pakistani security forces in May 2009.

Being a non-Mehsud, Fazlullah preferred to hide across the border in Afghanistan’s eastern Kunar province instead of living among the Mehsud areas of Waziristan, the base and birthplace of the Pakistani Taliban movement. Fazlullah’s death in a June 2018 drone strike, however, shifted the TTP leadership back to the Mehsud Taliban as the shura appointed Mufti Noor Wali as its new chief.

Mufti Noor Wali alias Abu Mansour Asim is a religious scholar, writer and a veteran of the TTP’s jihads. Hailing from the Mehsud area, he joined the Mehsud Taliban in 2003. He was appointed as the TTP’s top judge while Baitullah Mehsud was leading the group. His reputation as a judge increased among the Taliban when he once awarded a three-day jail sentence to Baitullah Mehsud, the TTP’s overall leader.

Noor Wali’s appointment as the TTP Ameer encouraged many of those who had been unhappy with Fazlullah’s leadership, in large part because he was not a Mehsud, to rejoin the group. Since taking over command of the TTP, Noor Wali has worked to revive the group by bringing in those who had parted ways with the TTP since 2014.

The militants of the “Hakimullah Mehsud Group” headed by commander Mukhlis Yar were the first to come back to the TTP fold. The announcement was made in an Urdu language TTP press release on July 6, 2020.

The TTP media cell also released a video the same day showing Mukhlis Yar and his comrades declaring allegiance to Noor Noor Wali Mehsud. Conspicuous among those in the video is Ikramullah Mehsud, the man accused of planning and carrying out the December 2007 attack on Benazir Bhutto, Pakistan’s two-time woman prime minister.

On July 30, the TTP announced the inclusion of the so-called Punjabi Taliban’s al-Qaeda-affiliated Amjad Farouqi group in its fold. The TTP Urdu-language statement did not mention how many fighters were part of the returning group.

The TTP media cell then announced the inclusion of a sectarian splinter group on August 5 in its folds. The TTP statement said that the Ameer Usman Saifullah Kurd group of Lashkar-e-Jhangvi, headed by Maulvi Khush Muhammad Sindhi, had joined the TTP by expressing allegiance to its chief Noor Wali Mehsud.

The TTP chief’s next target was the Jamat-ul-Ahrar splinter group headed by Abdul Wali alias Omar Khalid Khorasani. The group is also known as Mohamand Taliban due it its being headquartered in the Mohmand tribal district.

A TTP video shows the JuA leaders announcing their allegiance to TTP chief Noor Wali Mehsud by putting their hands one above the other and with heavy celebratory firing in the background.

Abdul Wali parted ways with the TTP following the leadership struggle and went into hiding after the launch of Operation Zarb-e-Azb in June 2014. He has not appeared since then, but his group’s members have recently staged a come back in Mohmand tribal district.

Noor Wali Mehsud is also working to persuade Mangal Bagh and his Lashkar-e-Islam to join the TTP. Bagh fled across the border into Afghanistan amid the launch of Operation Zarb-e-Azb in 2014. Bagh had never formally affiliated with the TTP.

A TTP and IS-K Alliance?

The July United Nations report, quoting a ‘member state’ hinted at the possibility of the TTP and IS-K joining hands in the future. While the TTP is actively regrouping, ideological differences and a history of infighting make an alliance between the TTP and IS-K a distant possibility.

It is true that the top leadership and many senior commanders in the two groups have a shared history of fighting together under the TTP umbrella. However, after leaving the TTP in 2014, the fighters and commanders who founded the Islamic State in Khorasan shifted allegiance to the Salafist ideology of the Middle East-based Islamic State group from the Deobandi school of thought dominant in the TTP. .

Despite attaching high importance to the cause of jihadism, tribalism also runs supreme in the veins of TTP hierarchy. For example, when the non-Mehsud and non-tribal Mullah Fazlullah was appointed as the TTP chief, several Mehsud and other Taliban leaders parted ways with the group. Prominent among them was Khan Said Sajna, who later rejoined the TTP as its deputy Ameer. However, Sajna and his supporters, mostly Mehsud Taliban, continued to live in southeastern Afghanistan instead of moving to Kunar, the province where the group’s chief Fazlullah was hiding. IS-K’s ideology has little room for the navigation of these tribal dynamics limiting their potential to work closely with the TTP.

Due to their shared history of fighting together under the TTP umbrella for several years, contacts between IS-K and TTP fighters and mid-ranking commanders cannot be ruled out, but an alliance is a distant possibility.

The TTP Returns to the Tribal Region

Locals and journalists from Waziristan told me in separate interviews about an increase in the number of targeted killings in the Waziristan and Bajaur tribal districts of Pakistan. Groups such as the TTP, Jamat ul Ahrar, and the Afghan Taliban are once again increasing their involvement in resolving local disputes, forcing people to pay protection money, and targeting those believed to be their opponents.

While individuals believed to be affiliated with the Afghan Taliban are mostly involved in collecting taxes, the TTP and Jamat ul Ahrar, are carrying out targeted killings of their opponents and those not paying them Bhatta [protection money], according to several locals who spoke to me on condition of anonymity.

This situation is reminiscent of the 2007 and 2008 period when the TTP took over of swathes of land in the districts of Swat, Bajaur, Mohmand, Khyber and Waziristan forcing the Pakistani security forces to launch operations in those areas.

In Mohmand tribal district, which has not reported targeted killings, local militants and their affiliates are also demanding protection money from businessmen and contractors. Those militants mostly belong to the Jamat ul Ahrar of commander Abdul Wali alias Umar Khalid Khorasani. Before 2014, their demand for money used to be in millions of rupees. But these days, they even agree on a payment of 100,000 rupees [roughly 640 USD], local journalists told me.

Limits to TTP and IS-K Capabilities

Notwithstanding their ability to launch solo attacks against government installations or target civilians, neither the Tehrik-e-Taliban Pakistan nor IS-K have the capability to capture areas in Pakistan or Afghanistan at the moment.

IS-K emerged as a powerful force in five districts of Afghanistan’s eastern Nangarhar province. But the killing of its top leaders such as Hafiz Saeed Khan, Shahidullah Shahid and Rauf Khadim within months of its emergence and the coordinated actions by the Afghan government and the Afghan Taliban cornered the group in a smaller area of Kunar province.

The quick and aggressive action curtailed IS-K’s power to hold areas, but its capability to launch complex attacks is still intact. The early August 2020 attack on a prison in Jalalabad, the capital of Afghanistan’s eastern Nangarhar province, was the latest example of this capability.

The TTP is similarly incapable of holding territory in Pakistan as long as the Pakistani security forces did not adopt a willful negligence over their presence. The TTP’s command and control structure and its network, that was once active in cities such as Karachi and parts of Punjab province, have been disrupted. However, it remains able to carry out sabotage activities and target killings both in the tribal areas and the cities.

The trajectory of a re-energizing Pakistani Taliban depends on Pakistan’s approach to countering it, and how Pakistan chooses to address its internal political and security situation. The Pakistani security forces are fully capable of degrading the TTP and its affiliates. The TTP has already been curtailed in Pakistan once. A peace agreement between the Afghan Taliban and Kabul government may also shrink the space for the TTP on the Afghan soil.

Yet a continued behind-the-scenes war among regional intelligence agencies, those of Pakistan, Afghanistan and India in particular, may provide a suitable environment for the TTP to survive.

Sympathy for the Taliban in Pakistan’s tribal districts and its cities has almost faded out. However, a failure to address genuine demands of the tribal people, who have suffered both due to the Taliban presence and the ensuing military operations, may shift the tide once again in favor of the TTP, as it shows signs of reconstituting its military and political structure.

In May 2018, Pakistan took an important step by merging the seven tribal units into the adjacent Khyber Pakhtunkhwa province thus bringing an end to the colonial-era political arrangement. But Pakistan has not yet extended its legal and security apparatus, infrastructure development, and the creation of employment opportunities in these areas.

There is an urgent need for sincere efforts on part of Pakistani and Afghan governments and their respective intelligence agencies to jointly deal with the scourge of militancy. Keeping and supporting proxies by either side to create instability on the other side of the border will not serve anyone’s purpose in the longer term.