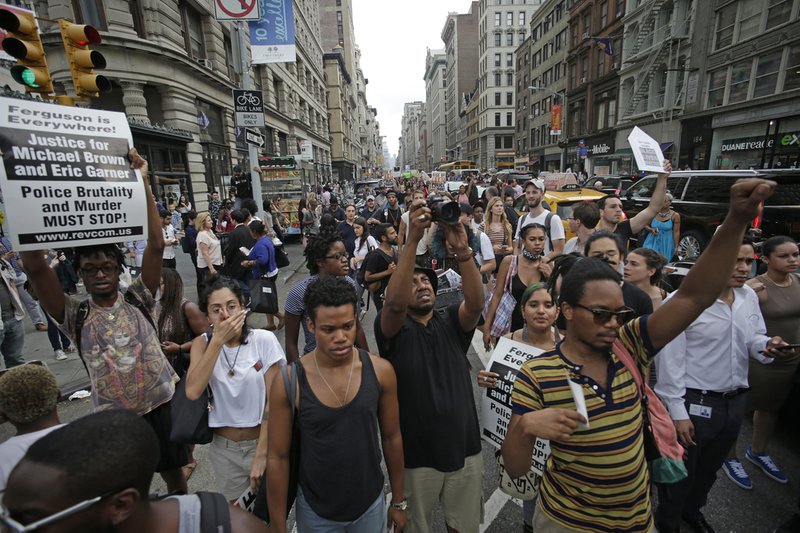 The United States is deeply polarized, and the protests playing out in American cities the past several days demonstrate the frustration, anger, and despair many Americans feel towards unfair treatment by law enforcement, the economic and societal impacts from the COVID-19 pandemic, and disparities over access to education, jobs, housing, and medical care. As national, state, and local leaders look to manage this grave situation and find solutions to address many of these challenges, they raise a host of national security concerns that should not be overlooked.

The scope of Russia’s interference in the 2016 presidential elections is well documented, and one of the most effective tools Russia employed was a significant disinformation and propaganda campaign carried out over multiple social media platforms—in addition to traditional media sources—to sow discontent and discord in the run-up to the vote. During the course of the COVID-19 pandemic this year, tensions between the United States and China reached new levels, and China has engaged in similar attempts to promote false theories and narratives about the origins of the disease while also minimizing Beijing’s responsibility for its spread around the world. Given the relatively low costs associated with these campaigns, plausibly deniable attributes, and challenges they present to technology companies from a detection and enforcement perspective, they will remain appealing to countries that wish keep the United States in this highly divided condition. With only six months until the 2020 presidential election, we should remain vigilant to an increase in efforts to play on the raw emotions exposed during the protests and create the same political and social fissures that occurred during 2016.

Another national security implication surrounds concerns with the COVID-19 pandemic. As the disease continues to cause deaths and infections throughout the country, there is no sign it is abating with some experts indicating it may be an enduring feature even when a vaccine is developed and deployed. With the protests drawing large numbers of individuals in the streets, guidelines to maintain the proper social distance, wear masks or other protective covering, and not congregate in mass gatherings over more than a handful of people have fallen by the wayside. As major decisions loom about whether metropolitan areas are ready to relax restrictions and move into a phased transition to recovery, a large influx of new cases caused by the close contact associated with the protests has the potential to reverse that momentum—and would further aggravate the debilitating aspects of the disease’s impact across the country.

A third national security concern revolves around the potential for an escalation in domestic terrorism. Individuals and groups across the extremist ideological spectrum could see the protests as an opportunity to prepare and plot against those viewed as legitimate targets, from law enforcement and government officials on the one hand to minorities and peaceful protestors on the other. The large gatherings associated with the protests also increase the chances that individuals on opposing sides of different extremist agendas will also confront each other like what occurred in Portland, Oregon in March 2019. Moreover, the Attorney General’s statement, which in part said—“the violence instigated and carried out by Antifa and other similar groups in connection with the rioting is domestic terrorism”—will add additional complexity. The degree to which this will generate heightened federal law enforcement attention on Antifa from a counterterrorism perspective bears watching, and it may be a driver of further protest activity.

The country last saw protests of this scale in the aftermath of the Rodney King riots in 1992 and earlier in the late 1960s, and it is not clear when the current ones will stop. With this the likely reality for the foreseeable future, we must also guard against the national security implications to prevent further destabilization in this difficult moment in our nation’s history.