Background: PreK—12 OER and the Movement to #GoOpen

Although it is not easy to pinpoint the exact date when OER appeared in public school classrooms, efforts to elevate OER for use across school districts were visible at least as early as 2011. There have been pockets of innovation around district OER, seen in examples like Williamsfield School District in Illinois to Hollister R-V School District in Missouri. There has also been movement at the state level. For example, in 2012, the state of New York leveraged its Race to the Top funds from the U.S. Department of Education to develop openly licensed curricula that matched new standards it had adopted.

By 2015, the U.S. Department of Education saw an opportunity to support states, PreK–12 districts, and educators transitioning to the use of open educational resources through a coordinated national OER initiative. On October 29, 2015, the Department co-hosted its first Open Education Symposium with the White House, launching the #GoOpen initiative. The event brought together district and state leaders, nonprofits, foundations, and private sector companies to provide proof points for the use of OER, guidance and support for districts, and supporting infrastructure.

In early 2016, states took on a more active role in supporting districts that chose to adopt OER. A policy scan conducted by the State Ed Tech Directors Association (SETDA) showed that nine states already provided a clear definition of OER, and five had a state policy about OER. Working with states, the Department of Education, along with the Council of Chief State School Officers (CCSSO) and SETDA, developed five goals for states that planned to #GoOpen. In February of 2016, the first group of #GoOpen states committed to providing guidance and leadership for districts transitioning to OER, developing a statewide repository for OER, and joining a community of practice with other states.

With a growing number of states to help support this work, the Department developed several resources to support their work with districts. First, in June 2016, it released the #GoOpen District Launch Packet, which provided a framework to help districts think through OER adoption as a part of their curriculum plans. The following month, the Department released the #GoOpen Regional Summit in a Box toolkit, providing many of the resources a district would need to host professional development focused on using OER, including sample agendas, invitation language, and checklists for planning and executing the event.

On July 26, 2016, Missouri’s Liberty Public Schools hosted and organized the nation’s first #GoOpen Regional Summit that brought more than 40 districts together to learn, share, and plan their #GoOpen work. Since then, there have been 12 events hosted around the country (in Massachusetts, California, Indiana, Mississippi, Iowa, Delaware, Tennessee, Virginia, and Michigan) reaching approximately 2,000 classroom teachers, school librarians, technology integration specialists, and administrators, representing over 325 districts and state agencies.

As this work has continued, promising stories have emerged from educators. District leaders have shared how they are reevaluating instructional materials, determining how they could transition to OER, and preparing teachers with professional learning opportunities that are built into initiatives already happening within their districts. Educators have described how they are unpacking standards and determining what students need to know in a grade level and content area, searching and discovering resources to match standard indicators, and tagging and curating resources that offer students and teachers options for personalizing learning. Many of these stories have been collected and shared by the Department through the OET Story Engine.

Today, OER has gained momentum in large part due to champions in more than 100 districts and 20 states, as well as nonprofits, foundations, and private sector companies. While the number of districts using OER has grown, however, thousands have yet to learn about OER or include it when considering new instructional materials. The growing community of state and district leaders, researchers, nonprofits, and other stakeholders that have recognized the benefits of OER are working to integrate discussion of these resources into more mainstream curriculum conversations.

The Department of Education continues to support #GoOpen through a coordinated leadership team that specifically works with districts and states through monthly check-ins, as well as Twitter chats and a Facebook group. The Office of Educational Technology is working on a partnership with an educational nonprofit to support #GoOpen more long term. However, as the project evolves and continues to grow on its own, it has become the responsibility of external organizations, researchers, nonprofits, and state and district leaders to continue the work. OET intends to continue to draw focus to the movement and is hopeful that external entities, along with states and districts, will support sustaining the movement.

Several organizations are working together to incubate the project and think through the next steps of PreK–12 OER. They are developing a learning network that will focus on documenting what has been learned, filling in gaps in knowledge, and strengthening the key elements that provide momentum and stability to this work.

For the past four years, New America has been tracking the growing use of OER across the country. Beginning in 2017, New America’s Public Interest Technology and Education Policy programs have fostered collaboration between a range of PreK–12 organizations that support OER work in states and districts, led by Kristina Ishmael. This interactive guide has been built with the goal of reflecting and sharing that work. It will grow as New America’s work in this space continues, with additional resources added on an ongoing basis. 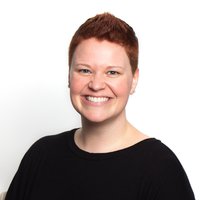