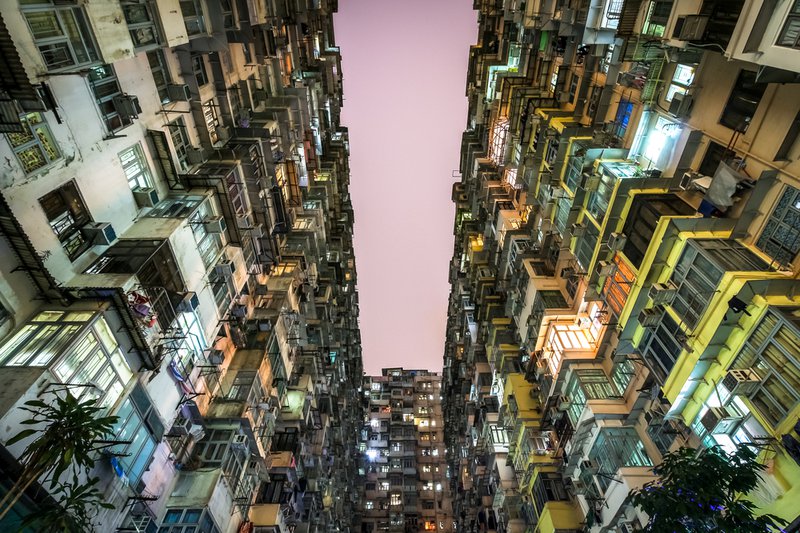 Welcome to 2019. On the Las Vegas strip, gamblers shuttle between casinos in self-driving Lyfts. In Rwanda, drones deliver blood to patients. In China, Xiaomi released a $500 phone that allows users to map the world with 30 centimeter accuracy.

And yet, a quarter of the world’s population lacks a fundamental human right: the right to property.

Two billion people around the world believe that within the next five years they will lose their home or land. That’s because they lack the most basic elements of property rights: verifiable and secure documents, accurate maps, and courts and government agencies that believe them.

This is not a problem restricted to faraway places. In post-hurricane Puerto Rico, 60% of FEMA aid applications were denied, primarily because applicants didn’t have property documents.

How can that be?

In the past, recording rights relied on labor-intensive methods carried out by a tiny caste of licensed professionals. Consider Uganda, where 15 million land parcels are unregistered: it would take the country’s few dozen licensed surveyors more than 1,000 years to finish the job.

But with modern technology, making quick, accurate maps and creating trustworthy documents is no longer rocket science. The technology is here, yet it’s not being used.

We believe that’s because of a fundamental disconnect between policymakers and technologists. Silicon Valley often misunderstands the policies, politics, and realities that its technologies must respond to in developing countries. And policymakers are often unaware or skeptical of available technology.

As a result, technologists miss out on a total addressable market in the trillions of dollars; politicians break campaign promises and lose elections; and one-fourth of the planet continues to miss out on the benefit of having clear and secure property rights.

The Future of Property Rights Program at New America aims to help fix this problem by shrinking the gulf between technologists and policymakers. Through our research, writing, and convening, we aim to bring these two constituencies into the same room. Our goal is to act as a bridge, as a translator between the world of drones, artificial intelligence, and self-sovereign identity and the world of politics, laws, and institutions.

We’ll be tackling some lofty questions this year:

How can a million Puerto Ricans quickly get property documents, so everyone on the island has a property record for when the next storm hits?

How can Middle Eastern and North African refugees prove their home ownership remotely, so they don’t lose the most important asset they have?

How can we use platforms like What3Words to create addresses where none exist? What does that mean for government, for e-commerce, and for emergency services? And for property registration?

84% of the world’s population now lives in urban areas. How do we make sure that seven billion people can prove where they live and access essential services, especially as hundreds of millions move into undocumented shanties?

These are just some of the issues we will be looking at this year. Sound interesting? Stay tuned, and if you have thoughts on where we are heading, please let us know at FPR@NewAmerica.org.