Jan.6 Attack: Digging into the Data 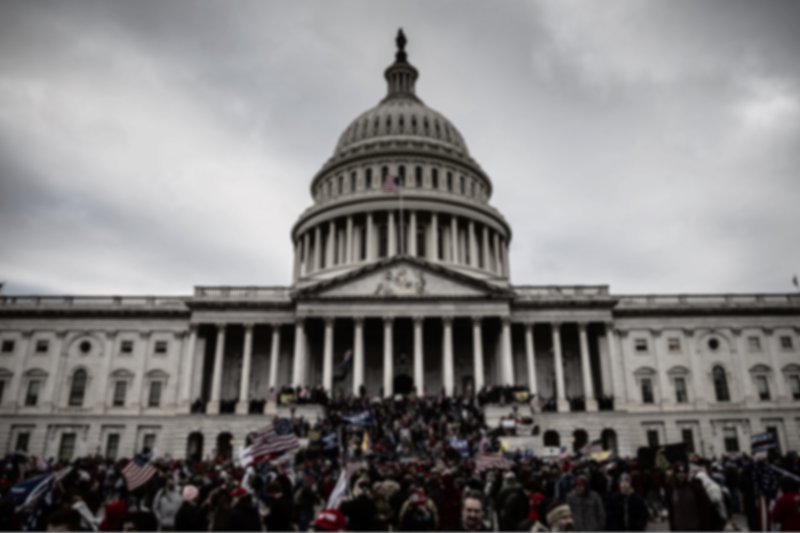 The mob assault on the Capitol on January 6, 2021 exposed deep fissures between Americans, and shook the very foundations of the country. The explosion of violent content online that day was so voluminous and shocking that it prompted Twitter and Facebook to ban Donald Trump from their platforms while Apple, Google, and Amazon moved to cut off access to Parler, the social media platform widely linked to fomenting the attack. The violence attack on Congress and the tech industry’s response also triggered a major public debate over how social media and tech companies manage their platforms and services and the impact of content moderation policies on electoral politics, polarization, extremism and political violence in the United States.

New revelations related to the role of social media in advancing the “Stop the Steal” movement in the documents brought forward by Facebook whistleblower Frances Haugen, and the House Select Committee’s investigation into the January 6 attack on the U.S. Capitol offer fresh opportunities to uncover facts, interrogate data and generate analysis about the events that day and the months and weeks leading up to it.

In many ways, January 6 is a prism through which to look at a range of problems in American society, not the least of which is the rise in political violence across the country. The House Select Committee has, in fact, expressly outlined its interest in understanding whether and to what extent early warning signs of impending violence may have been readily detectable on social media platforms. The outcome of the Congressional inquiry will have practical and political consequences that will change the way Washington governs in the near and long term. Moreover, the eventual findings of the Select Committee will, no doubt, have an impact both on the future of social media, electoral politics, and American democracy.

Yet, at the moment, when it comes to the interplay between tech, media, political polarization and extremism, and American elections there are a lot of known unknowns. For instance, we do not yet have a solid understanding of the impact of information flows between social media platforms and legacy media. We don’t know how influence works on fringe platforms or how data flows between fringe and mainstream platforms impact the overall Internet ecosystem. We know even less about how Russia, China and other state actors leverage tech to amplify polarization and extremism, and particularly how their influence affects political campaigns during elections across the United States. To get to solutions we need to know more about what happened online and offline leading up to and on January 6. More evidence-based, data driven research will also help lead to the policy changes in the tech sphere necessary to sustain American democracy.

Building on New America's work to grow a network of journalists, academics, policy analysts, technologists, and independent researchers focused on analyzing the changing character of conflict, the events of January 6 and their implications for tech policy, New America’s Future Frontlines program is hosting a research symposium series in partnership with Tech Policy Press, Just Security and the Bridging Divides Initiative at Princeton University.

The first event in the series will be a limited admissions virtual event on December 1, 2021 from 12 PM to 1:30 PM ET. The goal will be to provide a venue for journalists, academic and independent researchers to workshop their research on the role of tech, social media, and media manipulation in fueling online and offline counterfactual and extremist movements centered on false election fraud claims and polarizing misinformation/disinformation related to the 2020 presidential election.

Select researchers interested in showcasing and getting feedback on their ongoing work are invited to apply to present on their research in brief during a Lightning Round Session at the event. Researchers who present during the December session will have an opportunity to dive into the data in depth in breakout sessions during the workshop and may later be selected to present their work publicly to a broader audience for a symposium to be held during the week of the first anniversary of the Capitol siege on January 6. For more on how to join in the conversation about where the research on Jan.6 is headed see below.

The full 90-minute virtual workshop event will be held from 12:00 pm EST to 1:30 pm EST on Wednesday, Dec.1. Registration is open but requires approval by the conveners. Please register here. If you wish to present during the Lightning Round Session on Dec.1, please visit this form to submit your proposed session details here.

HOW TO PRESENT: Read on and fill out thisform