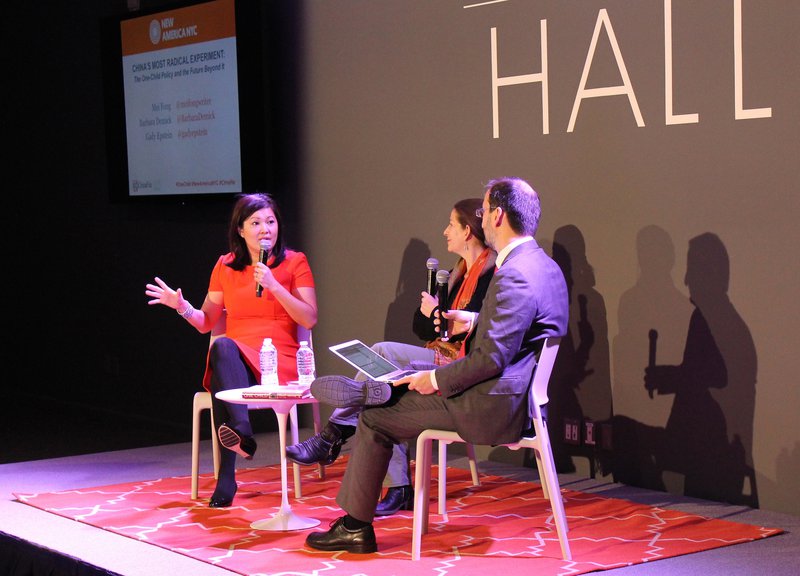 When Communist Party leaders adopted a one-child policy in 1980, they hoped curbing birth rates would help lift China's poorest and increase the country's global stature. But at what cost? Now, as China moves to a nationwide two-child policy, it faces a population grown too old and too male, with a vastly diminished supply of young workers.

Mei Fong's latest book, One Child: The Story's of China's Most Radical Experiment, explores the human impact of the one-child policy and its future implications: will China's "Little Emperor" cohort make for an entitled or risk-averse generation? How will the country manage to support itself when one in every four people is over sixty-five years old? Perhaps most importantly, exactly how much has the one-child policy hindered China's growth?

Join New America NYC and ChinaFile for a conversation with New America fellow Mei Fong and other journalists and scholars on China's longest-running social experiment and what it means for a country now transitioning beyond it.

Copies of Mei Fong's One Child: The Story of China's Most Radical Experiment will be available for purchase. Join the conversation by using #OneChild and by following @NewAmericaNYC and @ChinaFile.