Could an Ex-Convict Become an Attorney? I Intended to Find Out 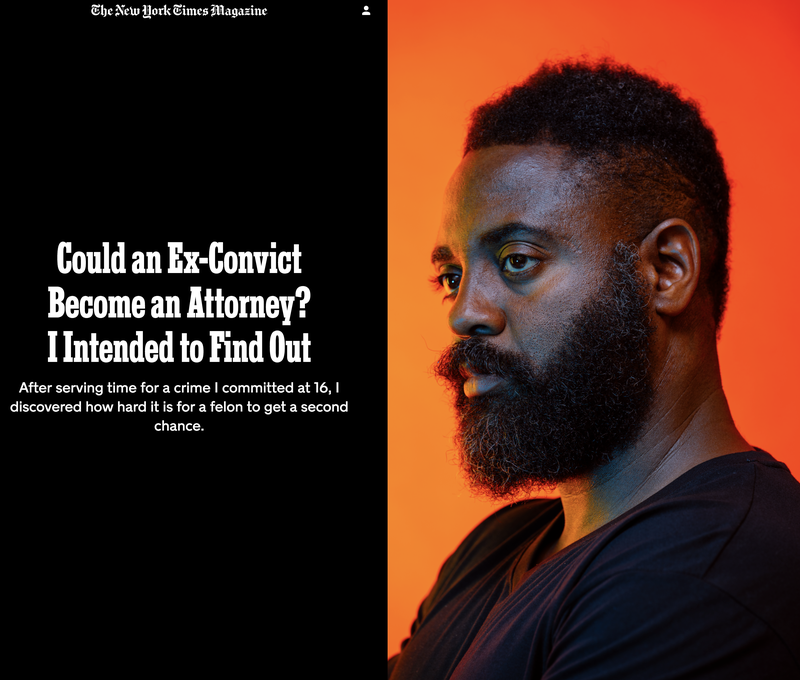 Reginald Dwayne Betts, a 2018 Emerson Fellow, wrote for the New York Times Magazine about his experience with the restrictions of laws and society for formerly incarcerated individuals.

One afternoon in the fall of 2016, I sat in a windowless visiting room at the Manson Youth Institution in Cheshire, Conn. A recent graduate of Yale Law School, I was a certified legal intern on a fellowship in the New Haven public defender’s office. J., a lanky 18-year-old brown-skinned kid sitting across from me, was my first client. He didn’t talk. Instead he stared at me as if I were the police. Sanford O. Bruce III, my supervising attorney, listened as I explained to J. (one of his initials) what we knew of the charges against him. A young man with whom J. attended high school had claimed that J. and another kid he didn't know had threatened him with a pistol, then robbed him of his cellphone and a couple of hundred dollars. Officers arrested J. minutes later, but the other suspect, who supposedly held the gun, was never found.

The prosecutor thought he should serve time in prison. I let J. know this and described what would happen next: a series of court dates, a bond-reduction motion, plea-bargain offers. After remaining silent for nearly 40 minutes, he leaned forward in the blue plastic chair, cutting me off, and asked, “Aren’t you the one who did time in prison?” With a single question, this kid reminded me of what a law degree, even one from Yale, could not do — make my own criminal history vanish.