[This is the first in a Higher Ed Watch series "Revisiting the 9.5 Student Loan Scandal." The series takes a closer look at the origins of the scandal with the purpose of trying to resolve unanswered questions and dispel lingering myths surrounding it.]

As the Bush administration nears its end, key questions remain about its role in a scandal that allowed student loan companies to bilk taxpayers out of more than $1 billion by overcharging the government for subsidy payments on loans they made to students. At Higher Ed Watch, we think it's especially vital to get answers to the following questions: what did the political appointees at the Education Department know about the 9.5 percent scandal and when did they know it? 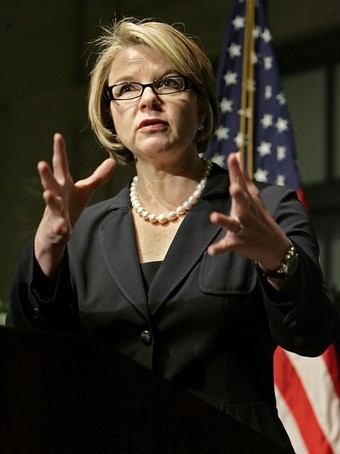 Before delving into these questions, it's important to recall the details of the scandal, which has been largely overshadowed in recent years by higher-profile student loan controversies and the credit crunch.

The roots of the 9.5 scandal date back to the 1980s when poor economic conditions and soaring loan costs prompted Congress to keep nonprofit lenders, which use tax-exempt bonds to finance their loans, in business by guaranteeing them a return of 9.5 percent on loans. Congress rescinded that policy in 1993 but grandfathered in the loans already made, believing that the volume of 9.5 loans would decline as they were paid off.

Instead, a group of lenders devised a strategy to aggressively grow the volume of loans that they claimed were eligible for the inflated payments. They did so by transferring loans that qualified for the 9.5 subsidy payment to other financing vehicles and recycling the proceeds into new loans that they claimed were then eligible for the subsidy. A particularly egregious actor was Nelnet, which was created in 1998 when Nebraska's nonprofit student loan agency converted to for-profit status. By repeating the transfer and recycling process over and over, Nelnet increased the amount of loans for which it sought the 9.5 percent rate from about $550 million in 2003 to nearly $4 billion in 2004.

Profits began to slow after Congress passed bills in 2004 and then again in 2006 to try to prevent lenders from engaging in these type of loan and bond manipulations. At the time, Department officials claimed that they didn't have the authority to stop these practices without Congressional action or a lengthy rulemaking process. Some believed otherwise, and questioned whether the Department's inaction indicated that it was complicit in the scandal.

All told, according to a report last week The Chronicle of Higher Education, the government appears to have lost nearly $1.2 billion in overpayments to lenders over a six-year period.

Still today, the Bush administration officials who run the Education Department bristle at the suggestion they gave a green light to lenders to fleece taxpayers, or knowingly looked the other way while it was happening. But even they have come to acknowledge that they were slow to react to the abuses-- ignoring calls from their own employees, key lawmakers, and the Government Accountability Office to put a stop to it. The political appointees say they didn't fully understand the extent to which Nelnet and other lenders were gaming the system until the Department's Inspector General (IG) released an audit report in September 2006 explaining the illegality of the loan company's actions.

Department of Education officials say that once the picture became more clear, Education Secretary Margaret Spellings took decisive action to cut off the payments. In January 2007, Spellings barred Nelnet and other lenders that refused to submit to independent audits from making any further 9.5 percent claims. This action, department officials say, saved taxpayers more than $800-million in future subsidy payments to Nelnet alone.

But Spellings' decision in the Nelnet case raised more questions than it answered -- because she ultimately let Nelnet off the hook by rejecting the IG's recommendation to require the company to return the $278-million it had received in overpayments. Instead, she reached a settlement agreement that allowed Nelnet to hold onto the funds as long as it didn't submit future 9.5 percent claims. In addition, she extended the terms of the agreement to all other lenders that had taken part in the scheme, assuring them that they would not have to return excess subsidy payments they had improperly obtained.

In explaining this ruling, Education Department officials initially said that they were not requiring Nelnet to return the overpayments because of concerns about putting small non-profit lenders who had made similar claims out of business. "In some parts of the country, these small not-for-profits are the only option we have," Sara Martinez Tucker, the Department's under secretary of education, told reporters at the time. "We were trying to make the best decision for the taxpayer and for students."

But testifying before the House Committee on Education and Labor in May 2007, Spellings backed away from that explanation and offered another more intriguing one. She said she felt it was better to settle with Nelnet than risk losing in court. "We had significant legal exposure," she said, and "significant liability potential."

Spellings expanded on these statements in comments she made to The Washington Post in the fall of 2007. "The department, I believe, had some responsibility with respect to that confusion [over the rules governing the 9.5 subsidy rates.]," she said.

"We had legal risk, in my view, and the prudent course of action was to, once and for all, end this practice and provide certainty in the industry that that was not allowable," Spellings told the newspaper. "While it cost us $278 million to make that final call, it also saved us potentially a billion dollars had we lost the litigation."

To this day, it remains unclear why Spellings was so pessimistic about the Department's chances in a potential Nelnet lawuit. Had the Department confused lenders simply by its inaction? Or had political appointees at the Department given Nelnet and other loan companies the impression that they had approved their actions? Many lenders did not partake in the scheme. Should those that tried to game the system not be held accountable?

At Higher Ed Watch, we believe these are vital questions to ask and we will do our best, in the coming days and weeks, to try to shed light on them. Meanwhile, we hope that Congress will exercise its oversight responsibilities and demand answers to these questions themselves. To start, lawmakers should require the Department to turn over all communications it had with lenders about the 9.5 percent payments since the beginning of the Bush Administration.

After all, doesn't the public have a right to know whether public officials were complicit in a scheme to fleece taxpayers?