An Unsettling Settlement in Pennsylvania

Pennsylvania Attorney General Tom Corbett's decision last week to reach a $200,000 settlement agreement with the for-profit trade school chain Career Education Corporation over allegations that one of its schools had duped students into taking high-cost private student loans has come under withering criticism. At Higher Ed Watch, we believe that criticism is well deserved, as the settlement provides no relief for the former students who appear to have been misled into taking out expensive private student loans, and will do nothing to protect students at the scandal-ridden chain's other colleges who may be falling victim to similar deceptive practices. 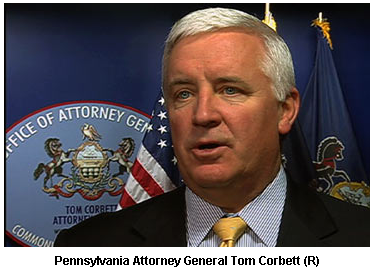 We might not be so concerned if this were the first time we heard such allegations against Career Education Corporation, which owns more than 80 campuses in the U.S. and serves over 95,000 students worldwide. But over the last several years, Career Education Corporation has come under scrutiny from federal and state regulators and faced numerous class action lawsuits by former employees, shareholders, and students over allegations that its schools engage in aggressive and misleading admissions tactics to inflate their enrollment numbers.

The charges made by former students at Lehigh Valley College are disturbingly similar to ones that have been made by students at other Career Education Corporation colleges: that the school deceived students about its job placement rates and about the transferability of its credits to other colleges, and that it rushed them through the financial aid process without accurately disclosing the terms of the private student loans they were being assigned. A 2005 class-action lawsuit filed by former Lehigh Valley College students accused the school of misleading them into thinking that the loans they were receiving "were low-interest, government-guaranteed student loans, when in reality the loans were not government-backed loans and included interest rates in excess of 15%."

Attorney General Corbett's announcement of the settlement agreement provides at least the appearance that his office has taken these allegations seriously and will lead to changes that will help students. "The consumer settlement," the news release states, "will ensure that students receive accurate information and full disclosure about financial aid, the ability to transfer credits to other schools, and the likelihood of finding work following graduation -- all key issues to a student's selection of a school." Under the settlement, Lehigh Valley College has agreed to abide by a Code of Conduct that prohibits the institution from making "false and misleading statements" to students about their future employment opportunities, ability to transfer credits, and the terms and conditions of their student loans.

It's pretty questionable, however, about how much affect the code will have on Lehigh Valley College, as the school is no longer enrolling new students. In fact, Career Education plans to close down the school entirely by the end of next year. The company had tried to sell the school, but there were no takers.

And, to the frustration of some Pennsylvania state and federal lawmakers, the agreement the Attorney General struck with the for-profit higher education company clearly states that "none of its terms apply to any other school owned or controlled by Career Education." U.S. Rep. Patrick Murphy (D-PA) has written a letter to Career Education's chief executive officer, asking "as a gesture of good faith," to have all its Pennsylvania schools "at the very least, voluntarily abide by the code." He also outlined additional steps he believes that all Career Education schools should take "to partially restore the trust lost by your corporation's actions at Lehigh Valley College." Among other things, he proposed having the company's schools disclose to applicants the lifetime default rates of their former students.

Corbett has also taken a lot of heat for settling for $200,000 and not compensating the former students who were the victims of the schools' deception. Perhaps he honestly believes that given the facts of the case, this was the best he could do. But The Morning Call, the Allentown newspaper that first reported on the school's practices, has raised some concerns about the conduct of the investigation. The newspaper questioned why the attorney general's office had never contacted several former Lehigh Valley college officials and teachers who had gone public "with damning accounts of the school's tactics" -- including a former admissions officer who had told the newspaper that he had been under orders to deliberately withhold information from students about the terms of their private loans for fear of discouraging them from attending.

So what should be done? For starters, the U.S. Department of Education or Department of Justice should investigate whether the corporation as a whole has been encouraging its schools to mislead students about the terms of their loans. These allegations are extremely serious. It's bad enough that some financially needy students have no choice but to take out private loans to pay for college. But it's unconscionable and bad business for schools to saddle students with private loan debt without making them aware of their lower-cost, federal loan options first.

Second, we would embrace the proposals that Representative Murphy included in his letter to Career Education and extend some of them to all colleges nationwide, be they for-profit or nonprofit. For example, we believe that Congress should require all colleges to report their lifetime default rates to prospective students -- so that students can make an informed decision about the risks they're willing to take before they fall for a recruiter's sweet pitch.