A Debate Over Legacy Students

[Editor's note: While Higher Ed Watch was on break in August, USA Today ran a debate on its editorial page over whether the federal government should ban colleges from giving legacy students a leg up in their admissions' decisions. On one side was the newspaper's editorial board, which argued against government intervention. On the other was Michael Dannenberg, the founder of the New America Foundation's Education Policy Program and former editor of Higher Ed Watch, who argued that a full-fledged ban is needed. We have reprinted the debate in its entirety with one factual clarification regarding Notre Dame University included at the request of Mr. Dannenberg.]

A fair number of freshmen arriving at their colleges this week are legacies, a term that sounds faintly disreputable. Aren't these the students who get into top-tier colleges because their parents went there and donate heavily? 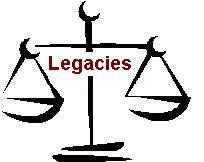 That's what the critics of admission preferences for children of alumni say, and those critics got a boost from research released earlier this month.

A paper by a Duke University sociology professor and a graduate student concluded that legacy students entered Duke with lower grades and had poorer grades the first year (before recovering). Not only did the Duke legacy students earn lower grades initially, they were more likely to be wealthy, white, Protestant graduates of private schools.

The study is bound to fire up anti-legacy campaigns. On Capitol Hill in recent years, some senators have threatened colleges with reporting requirements on legacy students or, worse yet, sought to revoke tax exemptions for gifts made by legacy parents.

The motives of the anti-legacy advocates are understandable, and if a college decides on its own not to give extra points to legacy applicants, more power to it. But bans on legacy advantages could trigger unintended consequences:

Once government starts tinkering with the admissions process, there's no stopping it. If preferences for legacies are barred, so might those for minorities, athletes, tuba players or modern dancers. Colleges, not legislators, should determine their optimal mix of students, one that isn't necessarily based solely on grades and SAT scores.

States are dotted with regional colleges with limited national pull. These colleges lack the deep pockets afforded by the multibillion-dollar endowments found at elite universities. Encouraging the children of alumni, including alums who are steady givers, is an economic necessity. Denying colleges those donations would inflict serious financial damage.

Colleges like legacy students for the same reason they like "early decision" applicants who list a college as their top choice and promise to attend if accepted. Students who really want to be at a college add spirit, carry on traditions and get involved in activities that benefit all students.

To date, only a few public universities have banned legacy advantages. At elite private colleges, legacy students make up as much as 12% of the freshman classes, although most legacies get only a modest edge and intense competition for admission makes getting in far tougher than it used to be. (Satirist Andy Borowitz suggests a LegacyPlus program to allow rejected Harvard legacies to "enjoy all of the perks of students who actually got into Harvard - except for the education part.")

At lesser-known colleges, which are worried about their economic survival, legacy admissions appear to be rising, say college counselors, and might make up as much as 30% of the freshman class.

It's easy to appreciate the unease about legacy admissions. But depriving colleges of the ability to shape their freshman classes as they see fit, as long as they abide by anti-discrimination laws, amounts to denial of an important academic freedom.

There is no good argument for a legacy preference in college admissions. Legacies are less qualified and perform less well academically than their non-legacy peers. The preference is inefficient for fundraising, and it undermines the role of colleges as engines of socioeconomic opportunity. Schools should do away with it voluntarily, or Congress should ban it just like discrimination against racial minorities.

Harvard's legacy admission rate is 40%. Yet according to the Education Department Office for Civil Rights, legacies on average are "significantly less qualified" than their peers.

Elite colleges - with endowments such as Notre Dame's $6 billion and Harvard's $35 billion - claim the preference is "necessary" for fundraising. But students get a legacy preference even if their families haven't contributed a dime. From a fundraising standpoint, it would be fairer and more efficient to auction off acceptance letters on eBay than to give a legacy preference.

Colleges such as Yale claim the preference furthers a sense of tradition. That's the same argument used to exclude racial minorities, women and Jews a generation ago, not to mention justify racial segregation nationally.

Defenders such as USA TODAY hide behind the concept of "academic freedom." But academic freedom has to do with research and what goes on inside the classroom - it's not a blank check for discriminatory admissions policies. It's not as if legacies have an important perspective or special talent that contributes to the intellectual or cultural environment of a school.

The legacy preference doesn't reward achievement, doesn't promote diversity and isn't fair. It should be banned. The last thing colleges and universities should be doing is extending an extra helping hand to those already advantaged by birth.

Michael Dannenberg is a senior fellow at the New America Foundation.