When Migrant and Seasonal Head Start Programs Close, Who Cares for Farmworkers' Children? 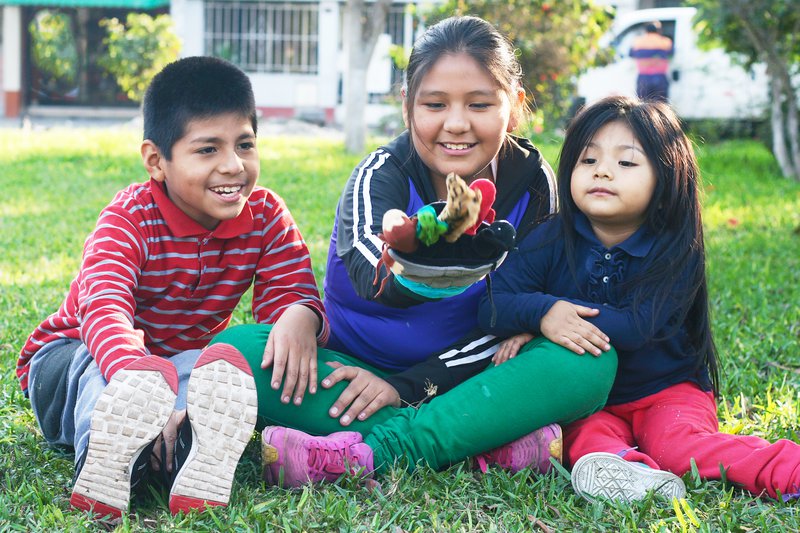 Over 90 percent of Head Start programs have temporarily closed since the COVID-19 outbreak began. These closures include nearly all Migrant and Seasonal Head Start programs, which provide early education, nutrition, and health services to agricultural workers and their families. Agricultural workers, who are particularly vulnerable to the virus and many of whom were excluded from stimulus relief, now have the added strain of finding child care, while Migrant and Seasonal Head Start programs do their best to support families from afar.

Migrant and Seasonal Head Start (MSHS) programs, first established in 1969, provide high-quality early learning experiences for children from birth through age five. To be eligible for MSHS enrollment, families must earn the majority of their income from agricultural labor and meet Head Start qualifications, including income below the federal poverty guidelines. As of 2017, 62 MSHS programs received federal funding to serve 28,591 children in 38 states.

MSHS programs help connect children and families to critical health and nutrition services including medical and dental screenings, mental health services, and referrals to public assistance programs. In addition, the program helps to strengthen and build upon children’s home language, which is predominantly Spanish.

I spoke to Christine Alvarado, Chief Innovation Officer at the East Coast Migrant Head Start Project (ECMHSP), days after the organization determined that in-person services and learning would be cancelled. “It was one of the hardest decisions we have ever made,” Alvarado remarked.

ECMHSP operates 37 centers across seven states on the east coast and serves 2,273 children, or roughly one in 10 MSHS participants. Many ECMHSP programs had not yet opened by mid-March, as programming coincides with the harvest cycle of crops, but 12 centers were operating and 772 children were in attendance the day that centers closed.

ECMHSP’s first priority was to ensure that children and families had access to food. Given that families work long hours and live in rural communities with limited public transportation, distribution proved a challenge. Additionally, the Child and Adult Care Food Program (CACFP), which provides snacks and meals to Head Start affiliates, had strict guidelines misaligned with the community’s current needs.

For example, while CACFP offered waivers to allow grab-and-go meals, daily distribution was still required. “It’s not realistic for them to come to us every day, even if it is in the evenings, and pick up food for their children. The need is just greater than that,” Alvarado explained. Acknowledging this, ECMHSP used a separate funding stream to deliver 20 pounds of rice, 20 pounds of beans, and numerous nonperishable food items to each family they serve.

Attending to children's education needs was also a priority for ECMHSP. Each box of food delivered included books and learning materials in childrens’ home language. ECMHSP staff has also been calling families twice each week to maintain communication and provide distance learning support with suggested early learning activities. A needs-assessment is currently underway to gauge families’ need for devices and connectivity.

Despite Head Start’s attempts to support early learning remotely, the majority of agricultural workers are still in need of in-person child care. According to a 2019 OPRE report, 84 percent of MSHS eligible families have more than one child living in their home and 15 percent of MSHS families have more than one child under the age of six. As Alvarado emphasized, “We know that if parents are still working, there’s going to be a need for child care. And if we’re not there for them, their choices aren’t going to be great.”

MSHS families needing care are faced with limited options. Some parents are relying on family and friends. Other families are paying for child care or arranging for only one parent to work, drastically reducing MSHS families’ already insufficient income. Older siblings are also providing care for younger siblings, which can add disruptions to precarious K-12 distance learning situations for siblings enrolled in school.

Center- and home-based care options are also minimal. Roughly 60 percent of all child care providers have closed, while those that remain are urged to reduce class sizes and capacity. When child care is available for essential workers, the children of healthcare workers are prioritized over the children of agricultural workers, leading to increased scarcity.

When family members, neighbors, siblings, and providers are not available to care for children, they may be accompanying their parents to the fields, which brings added risk—exposure to pesticides, livestock, extreme temperatures, and farming equipment can prove dangerous, especially to young children.

Advocates and policymakers have taken note of the needs of agricultural families and proposed several solutions. The United Farmworkers Union called on agricultural employers to offer child care assistance while schools are closed and advocated for hazard pay, which could be used to cover child care costs. The National Head Start Association urged Congress to include mental health support for children, families, and staff, as well as technology to support remote services, in the next relief package. Among other recommendations to protect farmworkers, the Center for American Progress called for additional federal appropriations for MSHS programs to supply much needed child care. Finally, in mid-April, the Congressional Hispanic Caucus wrote a letter to House and Senate leaders outlining policy recommendations to support the nation’s essential agricultural workforce, which included funding and flexibility for MSHS programs.

Acknowledging the urgent need to support agricultural families, some MSHS programs are beginning to consider reopening, including the East Coast Migrant Head Start Project, which will be providing remote learning, food support, and services until their scheduled reopening June 22nd. Providers know that the scope of what MSHS families need is much more than what can be provided at a distance and are eager to provide children with a safe, healthy learning environment once again.

For more stories about overcoming the challenges of COVID-19, check out New America’s Strengthening Child Care and Early Education: Learning from COVID-19 page.