What Does Virginia Going Red Mean for Early Childhood Education? 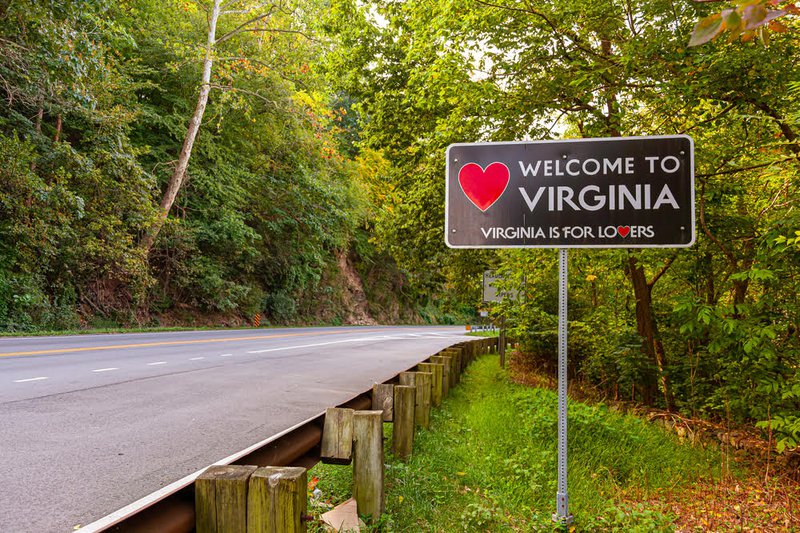 Last month, Virginians took to the polls and elected Republican Glenn Youngkin as governor. The outcome of the election raised alarm among progressives across the country, as the state had been turning increasingly blue in recent years. Surprisingly, education was a prominent issue in the race. Virginia’s election has raised the question of whether controversial education issues will also play a prominent role in the 2022 midterm elections.

Youngkin will replace Democrat Ralph Northam, whose administration was deeply committed to improving early care and education (ECE) in the Commonwealth. Governors cannot run for consecutive terms in Virginia, so every four years the state gets a new executive, and residents, policymakers, and advocates brace for change.

What changes are on the horizon for Virginia’s young children? As an ECE policy analyst, Virginia resident, and parent of a toddler who attends child care here, I am anxious to see what ECE policy looks like under a Youngkin administration.

There have been substantial policy changes shaping Virginia’s ECE system in recent years. First Lady Pamela Northam, a former pediatric occupational therapist and science teacher, led the administration’s efforts to increase the prominence of ECE. According to Emily Griffey, the chief policy officer at Voices for Virginia’s Children, “it’s been a transformation” under the Northam administration. “They envisioned doing early education differently in Virginia and we will have that as a legacy,” she said.

In 2018, Northam tapped Jenna Conway to lead the state’s ECE improvement efforts. Conway came from Louisiana, where she led efforts to unify and improve the state’s ECE system as assistant superintendent of early childhood at the Louisiana Department of Education. During Conway’s tenure in Louisiana, ECE programs moved under the purview of the Department of Education, the state created a mandatory ECE quality rating system based on a single measure, qualification requirements for early educators increased, and the state supplemented early educator wages through tax credits. (New America released a report in 2018 analyzing these significant changes to strengthen the ECE workforce in Louisiana.)

Conway’s work over the last three years leading the early learning initiatives at the Virginia Department of Education has resembled the reforms she supported in Louisiana. All ECE programs in Virginia are now under the purview of the state’s Department of Education, including oversight of pre-K, child care subsidies, and child care licensing. This kind of governance change can improve alignment across the education continuum by allowing for better coordination of standards, data, and systems across ECE settings and between ECE settings and elementary schools. Griffey said, “people always go between, ‘Is it child care or is it early education?’ And it’s just both. Having that alignment is really good.”

Conway also led the creation of a uniform quality rating system (QRIS) based on the Classroom Assessment Scoring System (CLASS), as she did in Louisiana. CLASS is a well-known observation tool for measuring the quality of child-adult interactions. Developed at the University of Virginia, it has been used in Head Start programs across the country for years. This rating system, termed VQB5 in Virginia, is a big change from earlier iterations of the state’s rating system that measured programs based on a broad set of quality indicators. VQB5 is in the first year of its pilot. The expectation is that by 2023–24 all publicly-funded programs will participate in VQB5, which is a lofty goal, given that a large percentage of the state’s programs do not currently participate in QRIS.

Another recent win for ECE was the Virginia legislature’s decision to legalize marijuana earlier this year. Governor Northam budgeted for marijuana legalization to fund pre-K. The legalization time frame is a few years out, but if it becomes a reality, some of the profits would be used to expand access to pre-K, continuing to build on the progress made over the last three years.

We don’t yet know how these recent policy shifts will fare under a Youngkin administration. On the bright side, Conway is currently the deputy superintendent of early childhood care and education at the Department of Education, a career position that does not change under new state leadership. But ECE advocates say Youngkin is an unknown in this space, so far giving little indication of his priorities or whether ECE is a priority at all. However, Politico reported last month that Youngkin has brought in Lindsey Burke from the Heritage Foundation to lead his education policy work. Burke has been an outspoken proponent of school choice and in this November article for The Daily Signal she laid out where Youngkin should focus in the K–12 space.

One big question on the minds of advocates, educators, and concerned residents in red states throughout the country is whether their governors will choose to participate in the affordable child care and universal pre-K programs created through Build Back Better.

While Burke doesn’t often weigh in on ECE issues, she recently co-authored a Heritage Foundation report that criticizes Build Back Better’s ECE programs and shows a lack of understanding of the current ECE landscape. Burke also wrote an article back in September grossly mischaracterizing the profound impact that Head Start has had on millions of families with low incomes. As governor, Youngkin will decide whether to accept the Build Back Better funding for child care and pre-K, so having Burke as an advisor might be a troubling sign for advocates of expanded ECE access throughout the state.

Griffey says it is unclear whether Youngkin will take up the Build Back Better funding, but “he is going to be missing out on a huge opportunity if he doesn’t. It would be transformative for the child care space.” Recent analysis from the Center for American Progress found that only 2.9 percent of eligible children received child care subsidies in Virginia in 2019—the lowest rate in the country. Once Build Back Better is fully implemented, 92.7 percent of Virginia children would be eligible for assistance. Not only would Build Back Better make child care more affordable for families, it would also free up federal Child Care and Development Block Grant dollars to support more older children during out-school-time, which parents desperately need.

I know firsthand how high the cost of child care is in Virginia and how difficult it can be for families to find an option that meets their needs. I am hopeful that the hard work of recent years will continue and that our state will continue to move toward improving access to high-quality ECE programs.