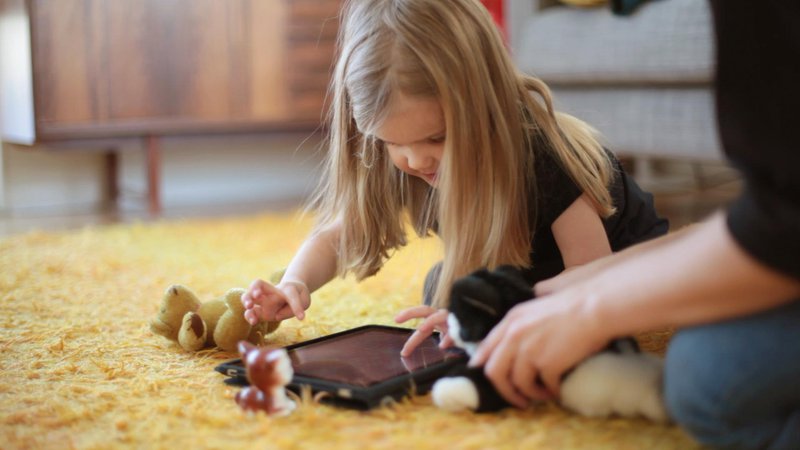 A recent study published in the October issue of the Journal of Early Childhood Research shows a connection between children’s home literacy environment and their language skills – particularly in understanding the structure and rules of written language. The study examined whether the types of materials parents read themselves, as well as how frequently they read for pleasure or together with their children, affected 4- and 5-year-old children’s ability to identify fundamental concepts of literacy.

To measure each child’s level of development, the researchers had them perform specific exercises to assess their literacy skills in four basic areas. These tasks evaluated children’s ability to differentiate between letters and numbers; recognize that written words generally have a minimum number and variety of letters; understand that separate written words are divided by spaces; and finally, to read at least one word. Drawing from previous research, the authors’ expectation was that being able to understand and apply these concepts, and knowing when there are exceptions, are critical steps along the path to literacy in children’s development.

Unsurprisingly, the child’s age was closely associated with his ability to differentiate letters and numbers and to identify written words based on their length and variety of letters. There was also a noticeable—though not statistically significant—positive trend between children’s age and the other measures.

The authors separately evaluated parents’ reading behavior and preferences to determine if there was any connection to their children’s literacy skills. Parents were first asked about their “reading profiles”: how often they engaged with traditional written materials, new technology (electronic), and environmental materials such as shopping lists, manuals, and recipes. However, parents’ preferences for different types of materials did not appear to matter. There was no significant relationship between their reading profile and their children’s performance on the various literacy tasks. [pullquote]In the United States’ much more diverse population, the role and impact of family background and reading behavior could be even greater. [/pullquote]Parents were also asked about their personal and joint parent-child reading habits. The authors found that parents who read more for pleasure read more often to their kids, and that both of these parental behaviors were also related to their children’s literacy skills. In particular, these parental behaviors were associated with kids’ understanding of the rules that say words generally have a minimum length and variety of letters.

The implications for early childhood education and policy are important. The study looked only at a small sample of preschool-aged children from Melbourne, Australia all of whom were already enrolled in an early education program. They were predominantly white, English-speaking, and middle class, with a majority of parents displaying strong reading behavior—yet there was still significant variation in children’s literacy skills in the four areas.

Three-quarters of the children could identify letters and numbers, and knew that words usually contain a minimum number of letters; however, fewer than half had attained the other skills, like knowing that words have a variety of letters and spaces separating discrete written words, and being able to read at least one word. In the United States’ much more diverse population, the role and impact of family background and reading behavior could be even greater.

Previous research has shown that low-income children hear 30 million fewer words by age 3, on average, than their high-income peers. This gap is related, in turn, to lower scores on literacy tests at age 3 and in later school performance. And a recent Stanford study shows that the literacy gap between these groups opens up even earlier–as early as when the child is 1-and-a-half years old.

These findings point to the importance of preschool and early childhood education programs in closing the early gaps that develop at home even before the preschool years. These programs need extremely rich literary environments that engage students. And parental reading behavior is also key – early education programs should bolster initiatives aimed at addressing literacy gaps by enhancing the richness of the home literacy environment. The federal home-visiting program, which provides grants for home visits designed to promote the health, development, and learning of low-income children and their mothers, is a good start. But many more parents and children will need help to improve their home literacy environment so young kids can start school ready to learn."