Equity in STEM: Public-Private Partnerships Drive Opportunity for All Students 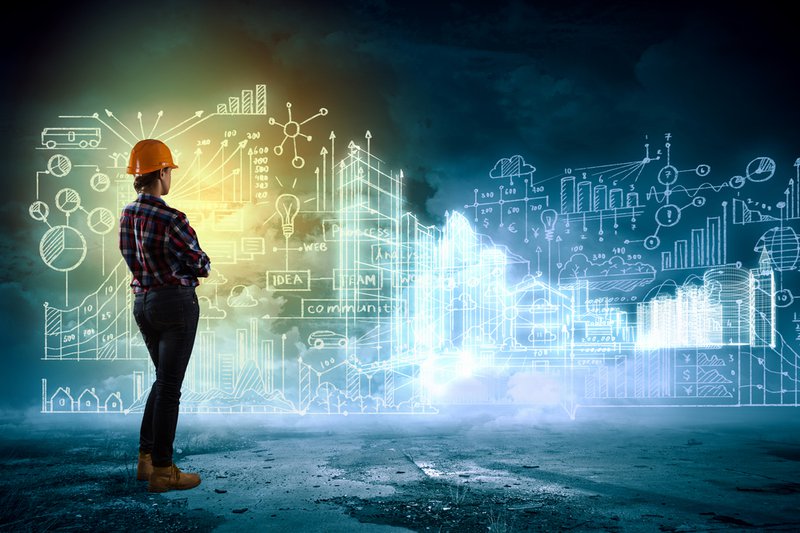 Last Tuesday, President Obama delivered his final State of the Union. His speech only touched lightly on education issues, but he did highlight the need to offer all students hands-on STEM (science, technology, engineering and mathematics) classes that "make them job-ready on day one.” The next day, the White House continued with this theme by convening the fourth year of another, lesser-known address: the “State of STEM.”

At the event, scientists, educators, and students from across the country gathered to observe the field’s latest innovations from 3D printing to NASA rovers to aquaponics systems. Obama’s chief STEM advisor presented the elementary through high schoolers in the crowd with a call to action, urging them to study and pursue STEM careers.

Among those in the audience was a group of students and school leaders from Lakeland Elementary-Middle School in southwest Baltimore City. The White House invitation is just the latest in a series of recent Lakeland accomplishments. As a former second grade teacher at the school, I’ve kept a proud eye on the school’s latest successes.

In December, both Maryland Interim State Superintendent Dr. Jack Smith and then-U.S. Secretary of Education Arne Duncan paid visits to Lakeland, a school where 96 percent of students qualify for free and reduced lunch and around one-third are English language learners (ELLs). Then, on January 7, the University of Maryland Baltimore County (UMBC) and defense-aerospace contractor Northrop Grumman announced they would jointly partner with Baltimore City Schools to invest $1.6 million to boost learning at Lakeland. (The news prompted a shout-out from Duncan on Twitter.) The initiative builds on Lakeland’s existing multi-year partnership with UMBC, which began in fall of 2013. Northrop Grumman had also separately collaborated with Lakeland last year to sponsor its food pantry.

A major share of the new funding will be used to revamp the school’s recreation center into a state-of-the-art “STEAM” center (that is, STEM plus “A” for “Arts”). When it’s completed in 2018, the STEAM Center will include science labs, a “makerspace” with 3D printers and robotics arena, and a digital video editing studio. The initiative will also provide curricular resources and professional development for teachers to maximize student learning. In addition, the STEAM Center will support afterschool learning, including the existing robotics club, technology club and UMBC’s Young Explorers STEM program. Finally, the center aims to bolster Lakeland’s community school model of “wraparound” health and family support services. And the initiative will not only serve Lakeland: funds will be used to expand supports to Francis M. Wood Excel Academy and Benjamin Franklin High School (where many Lakeland students attend after eighth grade).

When I visited the school last Wednesday, momentum from the new partnership was already building. One group was at the White House event and fifth graders were out touring UMBC’s campus. After school, middle schoolers tinkered away, rebooting old, donated laptops at the school’s technology club with the help of five engineers from Northrop Grumman, who were mentoring students interested in pursuing STEM careers. Students were engrossed, including several who had recently arrived from Central America and — despite their limited oral English — were actively solving problems together under the direction of club sponsor and ESOL (English for Speakers of Other Languages) teacher, Caryn Horrigan.

This example is important — and not just because I’m being true to my school. Lakeland illuminates several key lessons on what college-and-career readiness in STEM for all students, including ELLs, can look like at its best.

First, education and industry leaders are right to prioritize offering STEM and “deeper learning” opportunities for traditionally underserved populations on both equity and economic grounds. Low-income students of color frequently have fewer opportunities to study and pursue careers in STEM.  This is a major concern since an increasing number of new American jobs are appearing in STEM or STEM-related fields. Researchers estimate that STEM employment will grow 17 percent between 2008 and 2018, compared to the 10 percent growth of overall employment. Moreover, there is evidence to suggest that STEM jobs pay better: STEM workers with a bachelor’s degree earn 23 percent more than their non-STEM counterparts. In Baltimore, specifically, a recent report highlighted the potential for middle-skill STEM jobs to lift lower-income families into the middle class.

Nationwide, the economic imperative to provide high-quality STEM education is all the more urgent in light of shifting demographics, namely an aging population and shortage of young people to fill their jobs. And given the fact that children of immigrants — many of whom are ELLs — account for entire population growth of children under age eight since 1990, we cannot neglect to equip these students, or any students, with the education they need to thrive in the future economy.

That is why emerging partnerships like Lakeland’s are so exciting: they have the potential to create a “cradle-to-career pipeline” of linguistically and culturally diverse STEM talent cultivated to meet local employers’ needs. As UMBC President Freeman Hrabowski told The Baltimore Sun, the aim is to "take children from any background, and make them the best in the world…” with the vision that "[t]hese children are going to one day be at UMBC, and then they're going to be at Northrop Grumman.”

Moreover, Lakeland’s new programs demonstrate the invaluable role that strong public, private and university partnerships play in making equitable STEM access a reality. As Hrabowski noted, successful implementation “takes a village.” These partnerships are, he said, like a marriage; stakeholders must hold a shared understanding of hard work. And capable, enthusiastic leaders are a critical part of the equation. For example, Northrop Grumman COO Gloria Flach said her company opted to partner with Lakeland specifically “because it was evident the school has a strong leader” in Lakeland Principal Najib Jammal. Indeed, Jammal’s reaction to the $1.6 million investment is telling of his drive to improve outcomes for students: while he recognized the new funds as a symbolic milestone for the school, he also noted that “[w]e realize we are nowhere near where we want to be… It takes more. It takes coming together as a community.”

Finally, “out of school time” or afterschool initiatives — like those evolving at Lakeland — appear a particularly promising way to close STEM opportunity gaps. This idea has gained traction among high-profile leaders in higher education, government, corporations and nonprofits in recent years. As Principal Jammal told Technical.ly, the fact that students are at school “for a limited amount of hours” means that learning “can’t stop at Lakeland at 3 p.m.,” noting that the new partnership provides “an opportunity to transform the learning that can happen.” Of course, as I wrote about previously, expanded learning time alone is not a panacea. While it can be a helpful way to enrich learning, it falls short of its potential when there is a lack of energy, resourcing, and staffing for quality implementation. That is why support from outside organizations — in Lakeland’s case, UMBC and Northrop Grumman — is critical.

In these ways, seeds for success have been planted at Lakeland, and industry and school leaders should take note. To be sure, after the sowing comes the weeding and watering of faithful implementation. There will be much work to do at Lakeland in the months and years ahead. Nevertheless, Lakeland, UMBC and Northrop Grumman already represent a bright spot for what is possible in STEM education through their commitment to equity, partnership, and service beyond the conventional school day.