In State and Local Elections, Voters Chose Children and Families 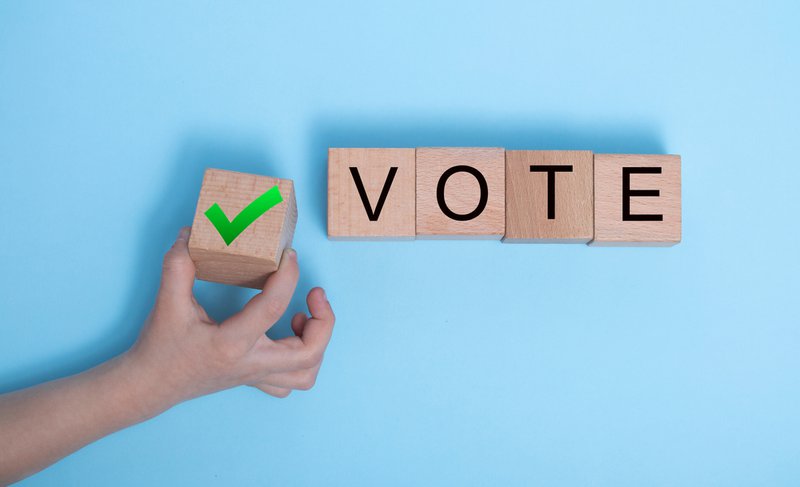 It’s hard to believe that it has only been one week since election day. The news of an incoming Biden administration will mean a strong commitment to early childhood education (ECE) access and quality from the White House. While the details of Biden's plan and what he will be able to accomplish with a narrowly divided Congress remain to be seen, we know how ECE is going to fare in some communities based on the results of Tuesday’s elections.

Voters around the country supported measures to strengthen ECE. States and localities have significant sway when it comes to designing and funding ECE programs, and these programs were on the ballot in a handful of places. There was already public support for investing more in ECE prior to 2020, but the pandemic has shined a glaring spotlight on our country’s child care crisis and brought urgency to this issue.

Much of the action around ECE in this election was at the local level. Voters in Multnomah County,OR, which includes Portland, passed Measure 26-214 to create a universal pre-K program for three- and four-year-olds. The program will be paid for by a progressive income tax that will only impact individuals making over $125,000 or couples making over $200,000. Multnomah is Oregon’s most populous county and the measure is expected to create 7,000 new pre-K slots by the fall of 2026. This is a significant expansion of pre-K access for Oregonians. In 2018, the state’s pre-K programs, which determine eligibility based on income, only served 9,360 children in total, or only 12 percent of the state’s four-year-olds.

Importantly, Multnomah County’s measure also includes a pay increase for early educators. Pre-K teachers will be paid on par with kindergarten teachers (they often earn less for doing essentially the same job) and assistant pre-K teachers will earn at least $18 per hour. A strong workforce is key to high-quality early care and education. These professionals need specialized knowledge and skills to support children’s development and deserve to be compensated accordingly. Multnomah Country’s plan is garnering national attention and some are suggesting it may serve as a model for universal pre-K.

Voters in San Antonio, TX overwhelmingly voted in favor of Proposition A to expand the city’s Pre-K for SA program, which provides high-quality pre-K in four centers and offers professional development and grants to other pre-K providers. Our team had the pleasure of visiting a Pre-K 4 SA center almost two years ago and seeing developmentally appropriate teaching and learning in action. Pre-K 4 SA became a reality in 2012 when voters approved a 1/8th of a cent increase in the city’s sales tax. After the passage of Proposition A on Tuesday, the popular program will continue for at least eight more years.

In Cincinnati, OH, Issue 17 passed to renew a property tax that will raise approximately $48 million over five years. Around 30 percent of the funds will go towards the Cincinnati Preschool Promise, which supports pre-K for almost 5,000 of the district’s three- and four-year-olds. And in St. Louis, MO, voters chose to raise the property tax rate by $0.06 with Proposition R (“Ready for Five”). This is expected to generate over $2 million annually to improve ECE programs and services for children and families deemed high-need in the city of St. Louis. The funds will be allocated by the St. Louis Mental Health Board’s Community Children’s Services Fund. And in Escambia County and Leon County, FL, voters chose to create Children's Services Councils in their communities that will direct property tax revenue to ECE services.

At the state level, pre-K advocates saw another win in Colorado with the passage of Proposition EE, the Tobacco and E-Cigarette Tax Increase for Health and Education Programs Measure. Over the next decade, this is estimated to bring an influx of $2 billion to support part-time universal pre-K for four-year-olds. The state pre-K program currently reaches only 23 percent of four-year-olds and limits enrollment to children from low-income families or those with other risk factors. Coloradans also passed Proposition 118, which will require employers to provide at least 12 weeks of paid family and medical leave to employees. This makes Colorado the ninth state to support such a program and the first state to pass it through a proposition.

Voters confirmed with their ballots what national polls have shown: there is strong support for strengthening public investment in ECE. While the likelihood of increased federal investment in child care and pre-K is greater under a Biden administration than it would have been under four more years of President Trump, states and localities that are ready to expand their ECE programs don’t need to wait on the federal government to do so. The measures in this election show there are multiple ways to make this happen: increasing income taxes, enacting new sin taxes, raising sales taxes, and redirecting property taxes. We look forward to following how these initiatives are implemented in the coming years.

Updated 12/9/2020: This post originally said that voters in San Joaquin County, CA passed Measure X, creating a marijuana tax where 50 percent of the revenue would be dedicated to youth and family programs. This measure did not pass and this sentence was removed from the post.