Signs of a Bright Future for Georgia’s Pre-K Students 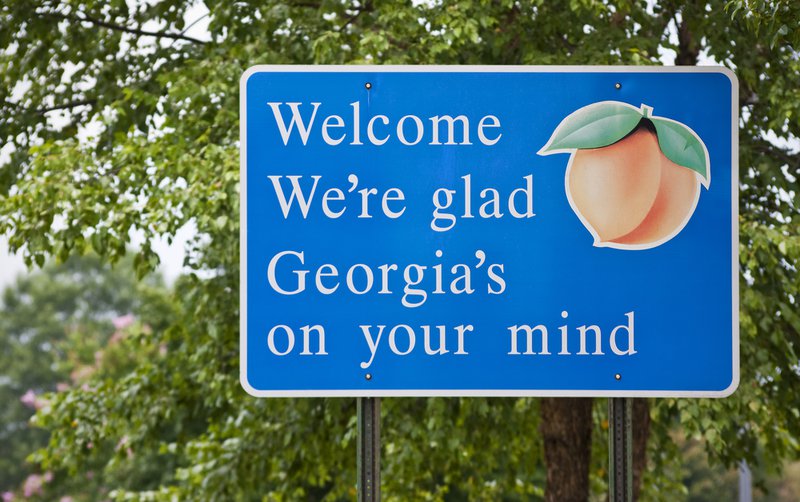 This school year Georgia is celebrating the 25th anniversary of it’s public pre-K program, which has reached 1.6 million children since it began as a pilot in 1992. Georgia’s program became the country’s first universal pre-K program in 1995 and it now serves over 80,000 students per year --about 60 percent of the state’s four-year-olds-- in a variety of settings, including public schools and private child care centers..

A report that came out this summer from the Frank Porter Graham Child Development Institute at University of North Carolina-Chapel Hill found that there’s reason to celebrate. The Institute’s longitudinal study commissioned by the Georgia Department of Early Care and Learning (DECAL) is the third in a series of reports that analyze the impact of the pre-K program over time. From 2013 to 2018, researchers are following a diverse sample of about 1,000 students from pre-K through third grade. This most recent report presents data on student outcomes at the end of first grade.

Georgia’s pre-K program meets many of the National Institute for Early Education Research’s (NIEER) quality benchmarks that are associated with effective pre-K programs. For instance, the program aligns with the elementary school year, serving children for 180 days each year and 6.5 hours per day. Pre-K providers must follow the state’s early learning standards and must use an approved curriculum.

Consistent with the recommendations in the National Academy of Medicine’s Transforming the Workforce report, lead teachers must have bachelor’s degrees with specialized knowledge in early childhood education. One-third of Georgia pre-K teachers have a master’s degree or higher. Teachers in the study also had a great deal of experience in early education; they “reported an average of 14.5 years of teaching experience, including 8.5 years teaching kindergarten.” Assistant teachers, who often spend as much time with children as lead teachers, need a Child Development Associate (CDA) credential. Georgia also has what NIEER calls a “sub-parity” policy for pre-K teacher pay, meaning the state requires that starting salaries for pre-K teachers be the same as kindergarten teachers.

But are these quality measures leading to quality child outcomes?

The short answer is yes. Researchers looked at a wide range of measures to determine how students were faring and found that “children who attended Georgia’s Pre-K made significant gains from pre-K through first grade in the areas of language skills, literacy skills, math skills, and social skills. Children’s growth on these measures, which were norm referenced, indicated that they progressed at a greater rate than would be expected for normal developmental growth.” One exception was children’s vocabulary, which slightly decreased over time. And no significant changes were found regarding children’s problem behaviors.

However, children’s rate of growth was slower in first grade than it was in pre-K and kindergarten. Of the skills measured only in first grade, “scores remained constant, indicating growth at the expected level for children’s age.”

One hundred and nineteen of the first graders were dual language learners (DLLs). These students were assessed in both English and Spanish. Even though the vast majority of these children attended programs taught in English, DLLs made significant gains in all skills measured in English and most measured in Spanish. Children who started with lower levels of English proficiency made greater gains in multiple domains than children who started school with higher levels of English proficiency. Because children performed stronger in English than in Spanish, and struggled with vocabulary in both languages, the authors recommend programs use instruction that better supports students’ home language.

While it’s not possible to conclude why growth slowed down in first grade, some findings suggest that the quality of instruction may have been lower in kindergarten and first grade than in pre-K. Researchers used the Classroom Assessment Scoring System (CLASS) each year to measure the quality of teacher-child interactions. Young children’s learning depends on the quality of interactions they have with adults. The data show that higher CLASS scores were associated with stronger child outcomes for certain measures.

Even with the promising findings, there are steps Georgia can take to improve the quality of its pre-K programs. Funding would be a good place to start. Even though it’s a full-day pre-K program, the state only spends about $3,900 per year per child, compared to the roughly $9,300 that is spends on K-12 students. Funding per child has been decreasing since 2002 when NIEER first began reporting state pre-K data. More funding could strengthen the early education workforce, providing for higher teacher salaries to attract and retain high quality educators or for more professional learning opportunities to improve educator quality.

But the findings from this study suggest that policymakers should channel their efforts beyond just pre-K and focus on improving the early grades too. It’s true that sometimes high-quality pre-K on its own can have long-lasting benefits, but it is unreasonable to expect one year of pre-K to shield against mediocre or low-quality education in subsequent years. Children need access to appropriate and stimulating learning environments in the early grades that are aligned to and build upon the previous year of school. Unfortunately, some early grade teachers don’t have a strong background in child development and don’t know how children learn best. And elementary school principals, who are responsible for hiring and supporting early grade teachers, might not know how young children learn either. Georgia state policy does not require principals to have any prior teaching experience, let alone in the early grades.

While the Frank Porter Graham Child Development Institute’s findings are complex, the results do show that students who attended Georgia’s pre-K program are progressing more quickly than expected and that many outcomes are sustained over time. To increase the likelihood of these positive results lasting to third grade and beyond, children need to have continued access to high-quality learning environments throughout their educational careers.