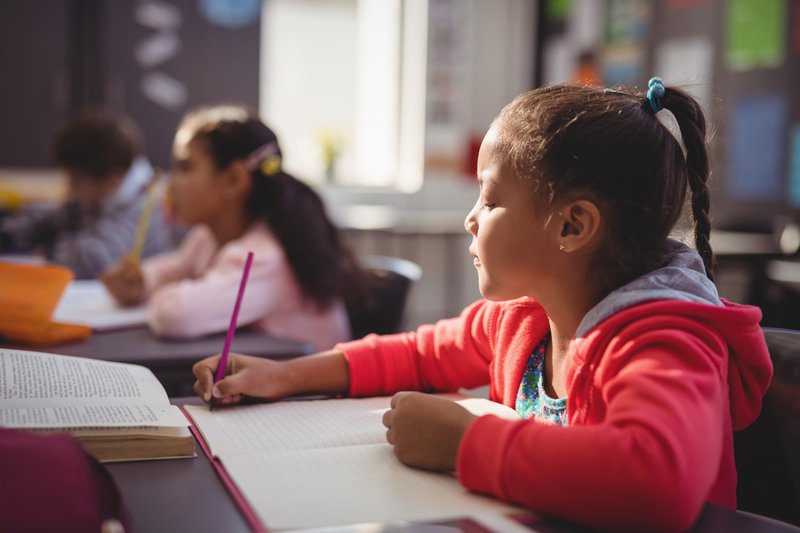 If publicly available data are any indication, English learners (ELs) are perpetually lagging behind their native English-speaking peers academically. Indeed, report after report show that ELs consistently under-perform when it comes to statewide tests, graduation rates, course grades, and more. Notably, though, new research suggests the bleak tale of the languishing EL may be misguided.

One study of EL students in Chicago Public Schools, recently published by the University of Chicago Consortium of Research, found that ELs who achieved English proficiency by eighth grade actually fared as well as their peers who had never been classified as ELs on reading tests and that they fared better than these peers on math tests, attendance, and course grades.

This study is notable because it maps the performance of the same group of ELs over time, from kindergarten until after the majority of students in the group had achieved English proficiency and exited out of EL services. This is a novel and nuanced way of looking at the achievement of ELs. Typically, media and education agency data only report on the performance of current ELs who are still in the process of learning English.

Interpreting the long-term progress of EL students can be challenging. Unlike other groups (e.g. racially minoritized students), English learner status is dynamic. Every year, new students enter the subgroup to receive services while students who become proficient in English exit the subgroup. Once successful ELs leave subgroup, they no longer factor into the evaluation of ELs’ performance. Experts argue this creates a “catch-22” wherein the success of the highest performing ELs is not recognized because they are no longer considered ELs.

This is also why graduation rates for ELs can be deceiving. These rates generally report on the number of students actively identified as ELs at the time of graduation, even though the majority of ELs are reclassified as non-ELs far before they reach high school. In fact, by 12th grade, ELs make up only 4 percent of the total population of students, down from 16 percent in kindergarten. In other words, graduation rates for current ELs are generally incomplete – they do not account for the many students who were once ELs and who successfully obtained their diplomas.

To get a more complete portrait of ELs’ achievement, ELs must be monitored over their entire schooling trajectories, including after they have gained English proficiency. The Every Student Succeeds Act asks states to do this to some extent by requiring that they collect and report data on exited EL students for four years after exiting the EL subgroup.

Some states are doing more than what is required by federal law. Illinois has created a subgroup category of “former ELs” that separately reports the performance of exited EL students through twelfth grade. Other states, such as Oregon, have combined outcomes for the full group of current and former ELs to create a category of “ever-EL” that fully accounts for the progress of all students ever classified as ELs.

One question that remains in the field is how to consider ELs’ performance for accountability purposes. Some experts argue that former ELs and current ELs should be lumped together in order to account for the progress of all students who were ever classified as ELs have made. However, experts worry that the higher average proficiency rates of the reclassified ELs obscure the performance of current ELs. The best solution proposed to date involves disaggregating and reporting all EL outcomes by former and current ELs, in addition to creating an “ever-EL” group to track the entire group of current and former ELs across their K-12 trajectories.

Calling out the under-performance of current ELs can be helpful for bringing attention to the gaps in opportunity current ELs experience. But it is critical to recognize that achievement gaps between ELs and their native English-speaking peers narrow as ELs learn English, given the right supports.

To be sure, some subgroups of ELs do struggle to progress in their learning. Identifying these students and the interventions they need can be a challenge, but some states are attempting to do so by monitoring the performance of separate subgroups of ELs beyond those required by federal law, such as that of recently arrived ELs and students with interrupted or formal schooling (SLIFE). Additionally, states such as New York have reported data for “long-term ELs,” or students who have taken longer than what is expected to learn English. ESSA only currently requires states to report the performance of ELs in special education, and the number but not the performance of ELs not exited after 5 years.

It is time that we begin "challenging the conventional wisdom” when it comes to the achievement of EL students. We can do this by striking a better balance between identifying where ELs are not making progress and acknowledging the gains ELs make throughout their trajectory.